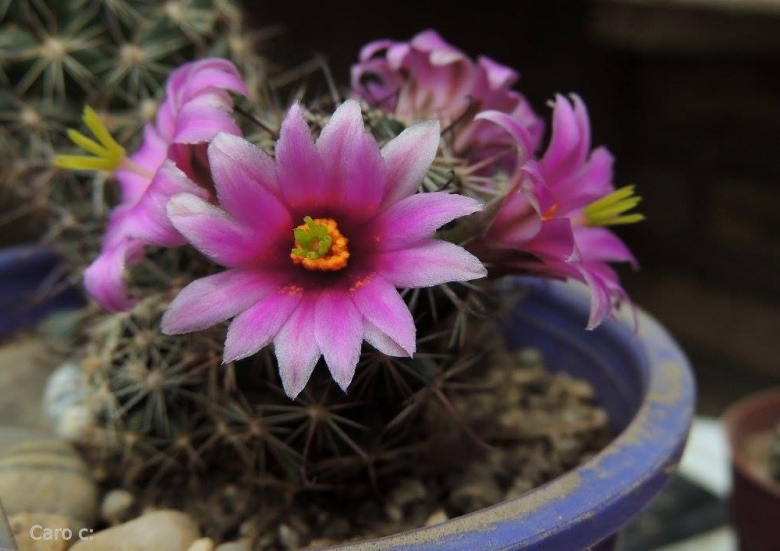 Cultivation and Propagation: Mammillaria sinaloensis makes interesting specimens for any collection. Over time it will produce small clumps. It grows by producing offsets and doesn't require any special treatment.
Growth rate: Slow to offset and basically slow.
Exposure: It needs as much light as possible without burning the plant, to keep the stems compact.
Soil: It needs a very well-drained soil mix.
Watering: Water well and then allow to dry thoroughly before watering again, during the growing season. Should really get no water in the winter
Hardiness: From tropical countries and pretty cold sensitive (listed most places as 10b-11, but seems to do OK in 10a). It can however can survive short exposures to light freezing temperatures (-4° C.) if properly hardened off and kept dry.
Propagation: It is best propagated from seed. Seed readily germinates at 20°-22°C, or by offsets if available.