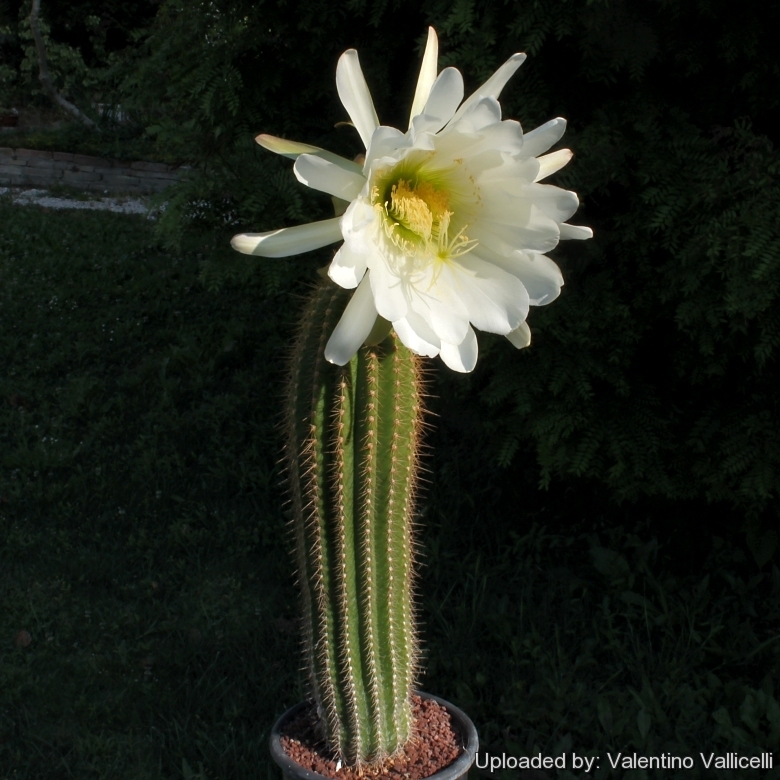 Trichocereus spachianus (Echinopsis spachiana) Photo by: Valentino Vallicelli
is a multi-stemmed columnar cactus that branch profusely at the base; branches ascending parallel with the main stem. Up to about 2 m. The blooms are very showy. 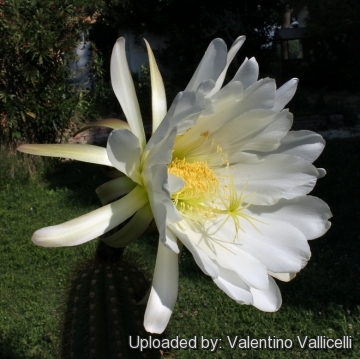 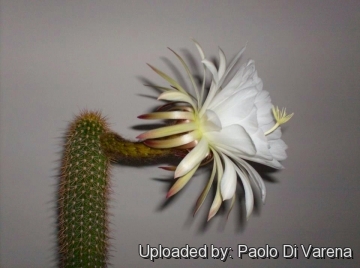 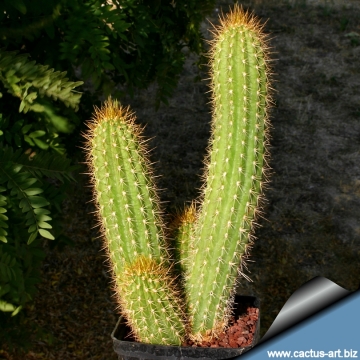 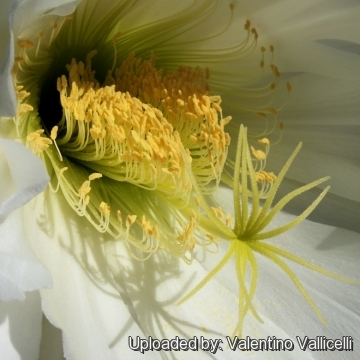 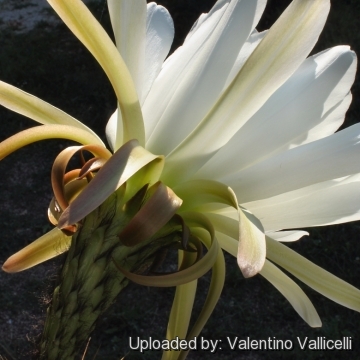 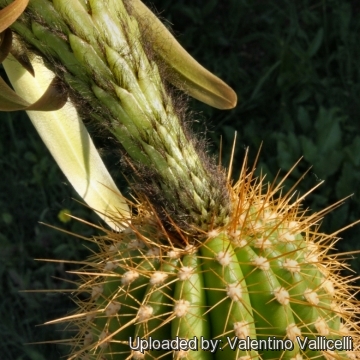 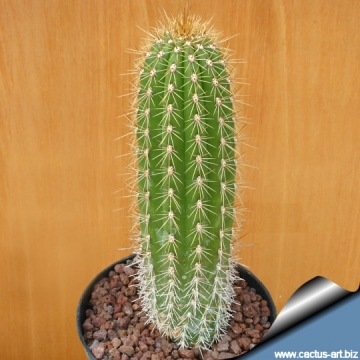