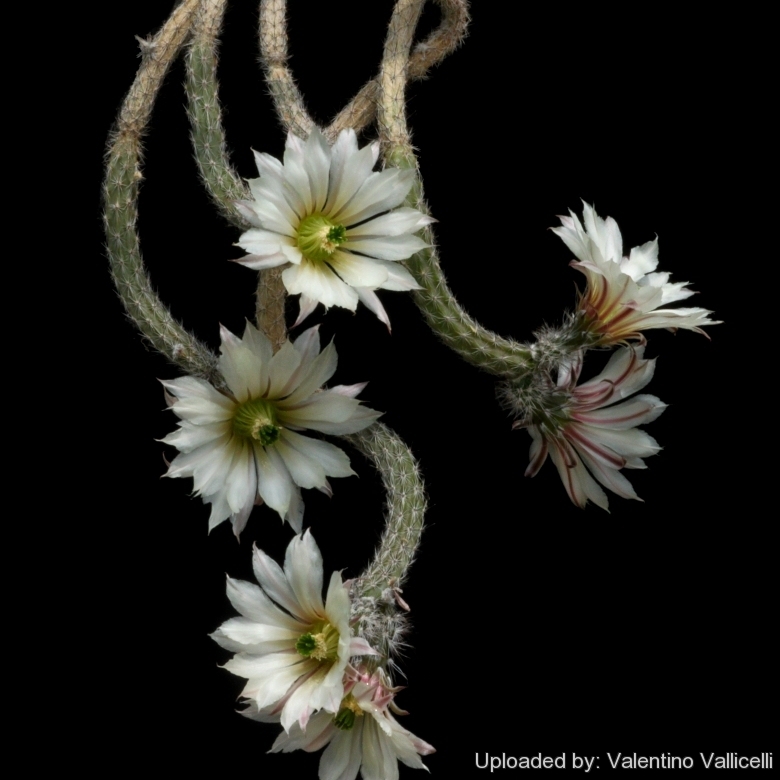 Origin and Habitat: Mexico: San Luis Potosi, from south of Matehuala to Villa ldalgo and from east of Huizache crossing to the junction for Tula. It has also been reported from Mier y Noriega in Nuevo Leon.
Altitude range: This species grows at an elevation of 1200-1500 above sea level.
Habitat and Ecology: Echinocereus waldeisii grows in xerophyllous scrub. It prefers to clamber through woody vegetation for support of its slender, drab stems. It occurs in sandy soils of valleys and hills in semidesert brushlands. This species is widely used locally, but it is still abundant and widespread and not declining at a rate sufficient to qualify for a threatened category. Some subpopulations are threatened by the illegal collection of plants for medicinal and veterinary purposes.

Description: The peculiarity of E. waldeisii is that it forms only a single stem, that can branch out in the age, but not in the same extent as the similar species Echinocereus tamaulipensis. The stems are clambering through the adjacent vegetation and arise from a tuberous, dahlia-like root-stock.
Stem: Slender cylindrical, with pointed growing tips, dark blue-green to purplish o brownish 60-120 cm long about 2 cm in diameter.
Ribs: Flat, without tubercles.
Central spine: One, pointed toward the stems tip, slightly flattened, dark reddish, up to 10 mm long.
Radial spines: 8-16, thin, bristle-like, whitish or grayish, with dark tips, up to 5mm long.
Flowers: Terminal or borne near the tips of older stems, narrowly funnelform that often fail to open completely, up to 6cm long and 4 cm in diameter.
Fruits: Ovoid, dark green to brown, indehisent, with persistent spines and wool.
Taxonomic notes: Hunt et al. 2006 treats E. waldeisii as a synonym of Echinocereus poselgeri, however, Hernández et al. 2004 treat it as a good species.

Notes: The Reason of the rehabilitation into the species status of E. waleisii is that E. waldeisii - in contrast to Echinocereus tamaulipensis - form a storage organ in each root branch developing from the central stalk reminding the dahlia tubers. Each plant has up to 8 slender tubers that measure 20 30 mm in diameter and 80-100 mm long. In the youth they are pale-brown and later became black-brown. 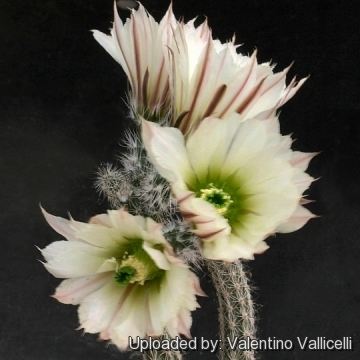 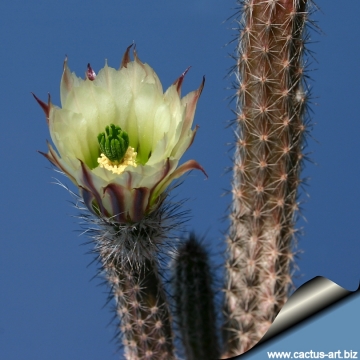 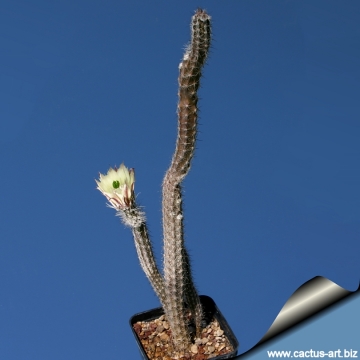 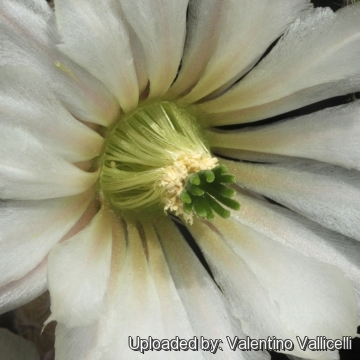 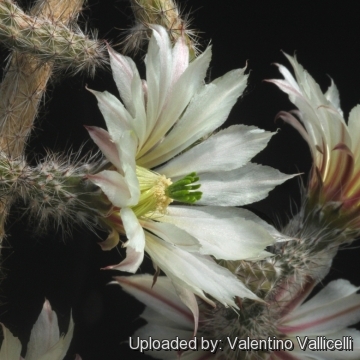 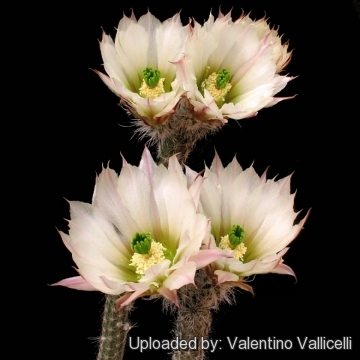 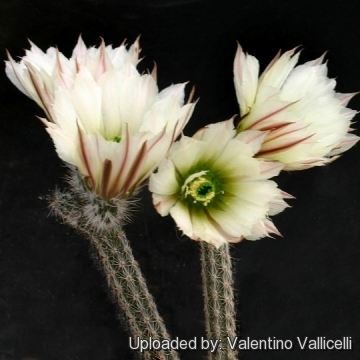 Echinocereus waldeisii Photo by: Valentino Vallicelli
Send a photo of this plant.