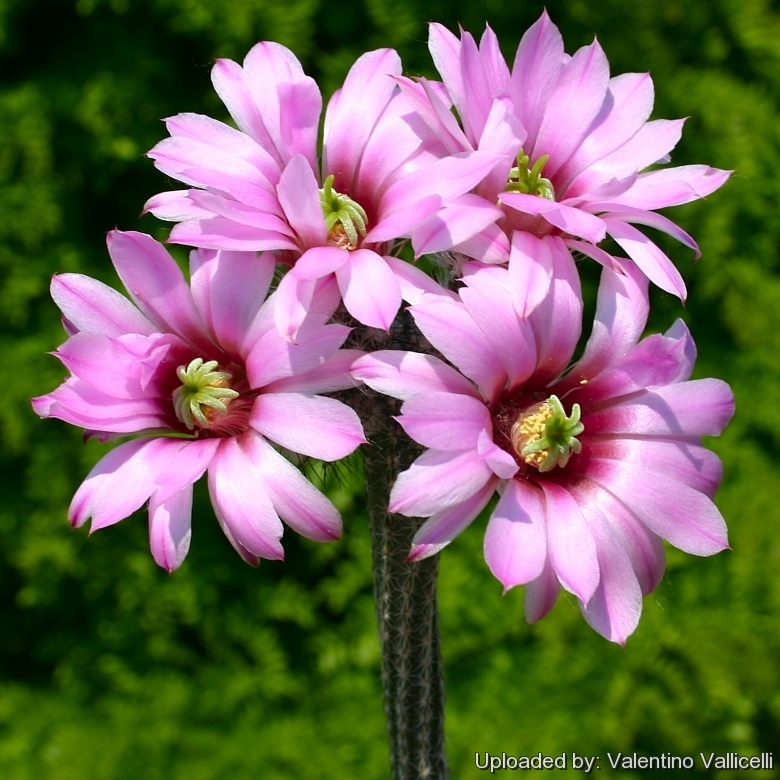 Origin and Habitat: West & South West USA (Texas) and Mexico (Coahuila, Nuevo Leon, Tamaulipas)
Locus typicus: USA: Texas, near the Rio Grande.
Altitude range: From low elevations up to 1,150 metres above sea level.
Habitat and Ecology: The species grows in xerophyllous scrub in alluvial soils. This species prefers to clamber through woody vegetation for support of its slender, drab stems. It occurs in sandy soils of valleys and hills in semidesert brushlands. This species is widely used locally, but it is still abundant and widespread and not declining at a rate sufficient to qualify for a threatened category.

Description: Shrubby, scarcely branched, initially erect, later sprawling or clambering.
Stem: Very tall and slender, dark coloured up to 1.2 m long and 2 cm in diameter.
Ribs: 6-10.
Spines: Tan-greyish white; 1 central up to 9 mm long, enlarged at its base, 4mm long; 8-15 straight radials, 4,5mm long, closely appressed (except at the stem tip)
Roots: Tuberlike, contrarily to Echinocereus kroenleinii, the underground storage organ similar to dahlia tubers is not capable of producing new shoots. Those sprout out only from the main cut stem. Each plant can have up to 8 tubers, 10-20 mm in diameter, with a length of 60-100 mm. The colour is light brown in youth, later dark brown.
Flower: Pink Rose/Mauve Magenta (Pink-Purple).
Fruits: Ovoidal 20 mm Long, 10-15 mm Ø, dark green to brownish, pulp white
Seeds: Black 1,5 mm.
Blooming season: Late Spring/Early Summer.
Remarks: It apparently looks like some Peniocereus species. However the flowers, fruits, and seeds of Echinocereus poselgeri are characteristic for Echinocereus, somewhat comparable to those of Echinocereus reichenbachi. 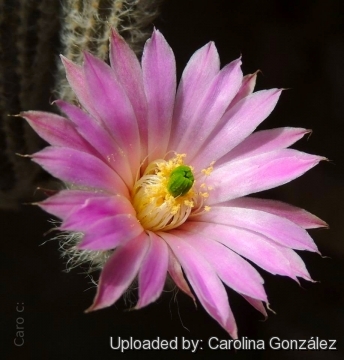 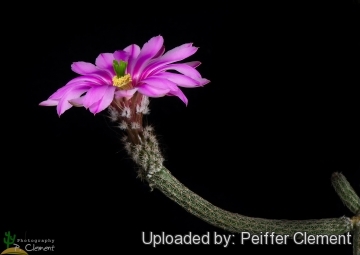 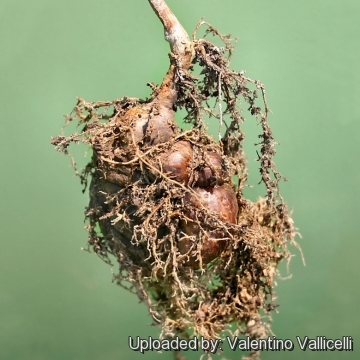 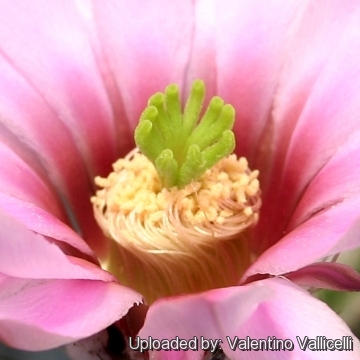 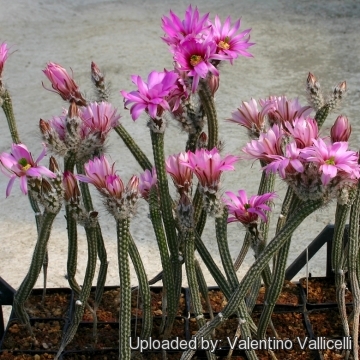 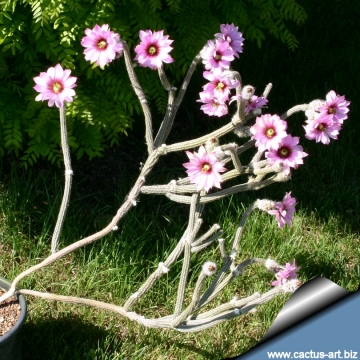 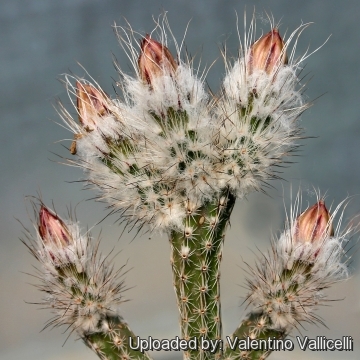 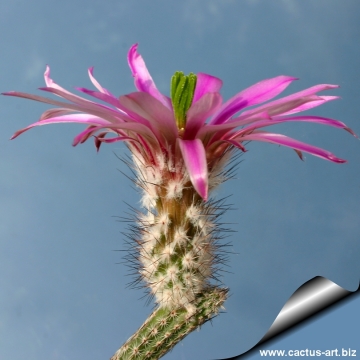 by Carolina González
There are a total of 15 Photos.
Click here to view them all!
Cite this page: "Cereus poselgeri" Text available under a CC-BY-SA Creative Commons Attribution License. www.llifle.com 14 Nov. 2005. 06 Dec 2021. </Encyclopedia/CACTI/Family/Cactaceae/8559/Cereus_poselgeri>