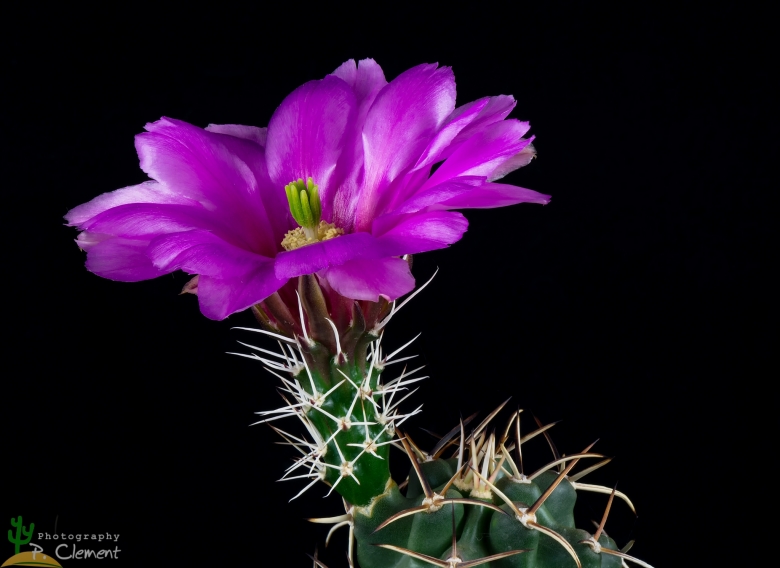 Origin and Habitat: It has a restricted distribution just north of the Trans-Pecos in the Sacramento and Guadalupe mountains (Otero, Lincoln and may be Eddy counties) of southern New Mexico
Altitude: 1500-2000 meters above sea level.
Habitat: The plants are found in pinion-juniper woodlands mostly on gently sloping limestone outcrops on the east side of the Sacramento Mountains.

Description: Echinocereus fendleri var. kuenzleri is a weakly defined variety of the wide ranging and very variable Echinocereus fendleri distinguished by its unusually small spine clusters, with 2-6 radials that are up to 2,5 cm long and no central spine (or rarely one central), thus revealing more of the dark green stem surface as compared with standard var. fendleri. Moreover the flowers are very showy and comparatively larger ( up to 11 cm in diameter), the maximum flower size for the species, and it is therefore one of the most desirable ornamental species in the genus.
Note: Echinocereus fendleri var. kuenzleri (Castetter, P. Pierce & K. H. Schwerin) L. D. Benson and its Mexican counterpart, Echinocereus hempelii Fobe, are based mainly on the stem feature.
Habit: It is a low growing, scrubby cactus, that grows solitary or in small clumps with 5 to 20 stems.
Stems: 10 to 30 cm tall, 5 to 10 cm in diameter, dark green, soft, with a flabby surface.
Ribs: 9-12 very tuberculate
Areoles: Circular areoles 8 to 17 mm apart.
Radial spines: Few (2 to 6) up to 2,5 cm long, very thick, angular, flattened, somewhat corky, chalky-white, and often curved or twisted. This spines are quite unusual, superficially resembles Echinocereus triglochidiatus, and var. kuenzleri thus may be confused with young plants of Echinocereus triglochidiatus if not blooming.
Central spines: Usually absent (or rarely one central, brown or blackish up to 2,5 cm long).
Flowers: Close to the stem tips, funnelform, up to 11 cm in diameter purple and delicate, inner perianth segments relatively broad and fringed. Outer perianth segments thinner and entire.
Blooming season: Spring (in habitat April to June).
Fruit: 2,5-5 cm long, 12 mm in diameter, turning scarlet, less often orange-tan or purplish orange, pulp magenta or red. All varieties have delicious edible fruits. 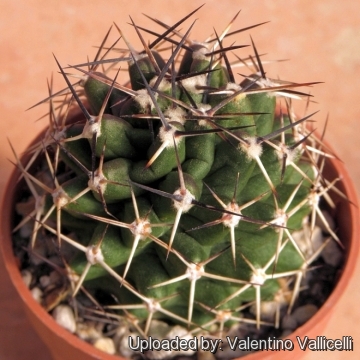 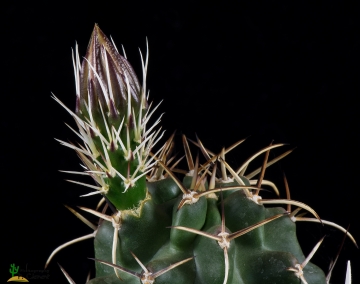 Cultivation and Propagation: It grows rather slowly and is sensitive to over-watering (rot prone). Keep drier and cool in winter. It needs full sun. Very cold resistant, reportedly to -18°C or less (depending on clones), but needs good drainage and protection from excessive moisture in winter and well mulched with gravel chips. It is a fine plant for a rock garden or container, and contrasts well with agaves, yuccas, and low-growing flowering plants. It will show its flowers only provided with an adequate winter rest period.
Propagation: Seeds, can also be grown from cuttings, as it branches from the base.