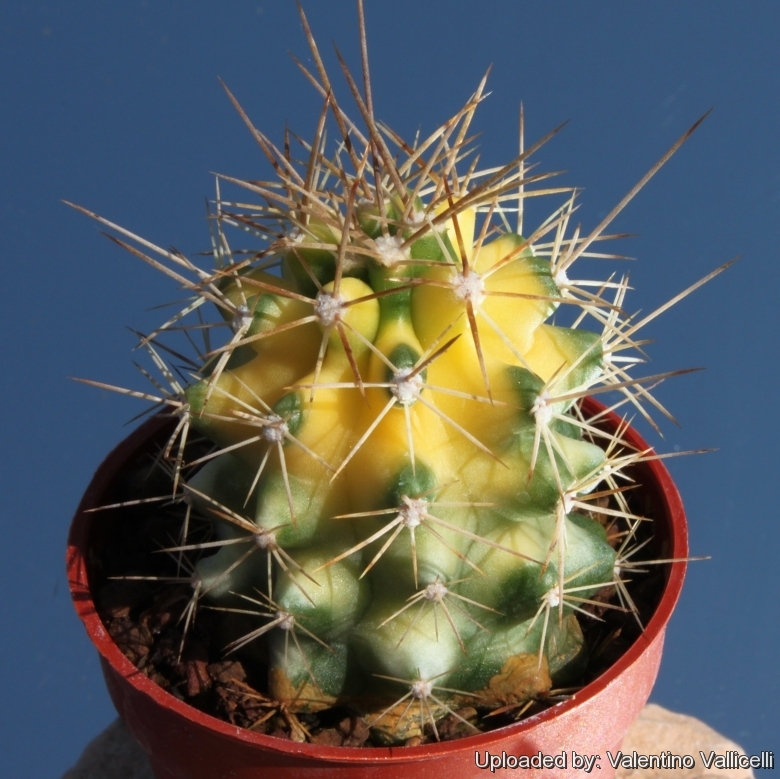 Description: Echinocereus fendleri is a low growing, scrubby cactus, that grows solitary or in small clumps with 5 to 20 stems. The classic fendleri form has huge violet-purple flowers and attractive white/black spination. The forma variegata has sectors, patches or stripes with pale yellow colours, even distinct shades of green. Plants with variegated stems are often attractive and highly prized. A very few variegated plants sprout unpredictably time by time among normal green seedling and are very rare. Variegated plants are also found in habitat even though with low frequency, but these plants are particularly sensitive and rarely survive in the harsh environment of their native land.
Stems: 10 to 30 cm tall, 5 to 7 cm in diameter somewhat flaccid ovoid to cylindric with age green with pale yellow zones .
Ribs: 9 to 13, with sinus between areoles.
Areoles: Circular areoles 8 to 17 mm apart.
Radial spines: 5 to 11 radials, 3 to 20 mm long, spreading, opaquely white.
Central spines: 0 to 3 darker, becoming lighter with age, rigid, straight or curved up to 4 cm long, porrect or ascending. In some areloes accompanied by short accessory centrals.
Flowers: Close to the stem tips, funnelform, 7 cm in diameter purple-violet, throat sometimes darker or purplish maroon. The stigma is green, and there is a very large number of stamens.
Blooming season: April to June.
Fruit: 2,5-5 cm long, 12 mm in diameter, edible, bright red, dull carmine, or purplish maroon, less often orange-tan or purplish orange, pulp magenta or red. 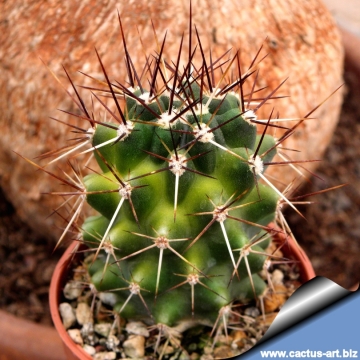 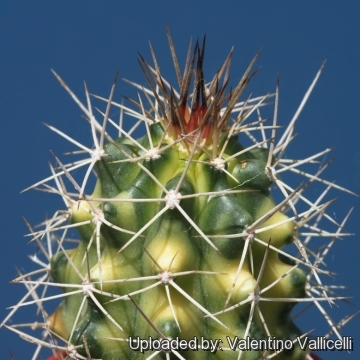 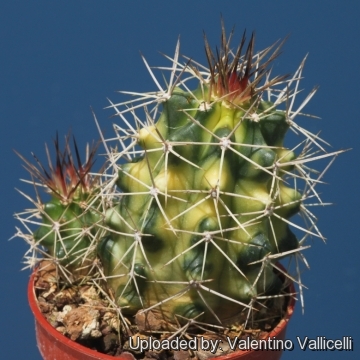