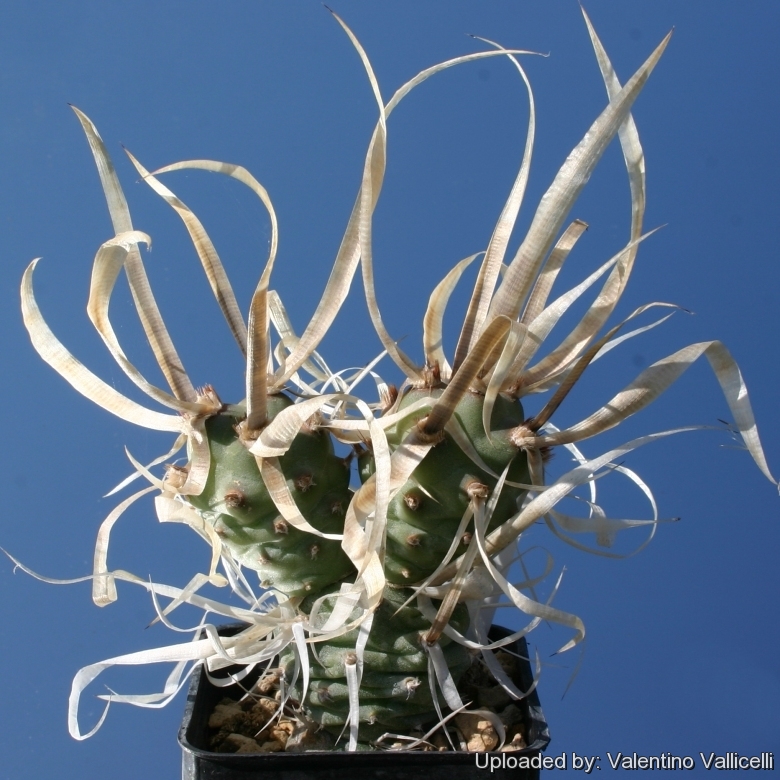 Description: Segmented bushy succulent slowly growing up to up to 30 cm, it is the typical form of a group of variety.
Stems: It develops in little pine-cone shaped segments that are loosely attached to each other and fall easily.
Spines: This species is very variable as to whether it is spine-bearing or not. The spiny form (also known as "papyracanthus") have broad, raffia like, conspicuous , flattened spines which are not spines but thin ribbon like processes, and vary much as to their colour, markings, and length. This variation are partly the cause of so many synonyms for the species.
Flowers: Blooms are either white or yellow. The white flowers made a nice contrast to the earth-tone colours of the plant.
Fruit: 1 to 5 cm long fruit is brown.

Notes: The little glochids at the areoles are quite a nuisance, and it is best to use gloves to handle this plant. 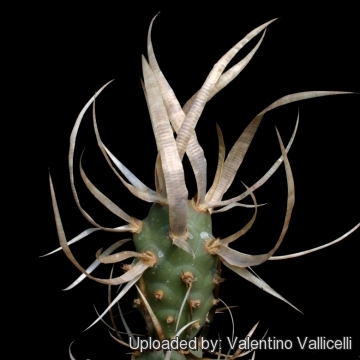 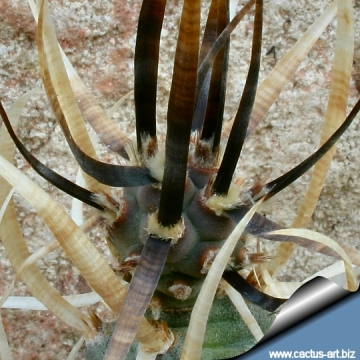 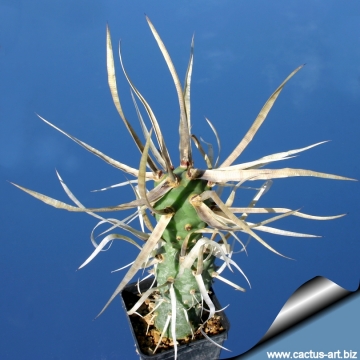 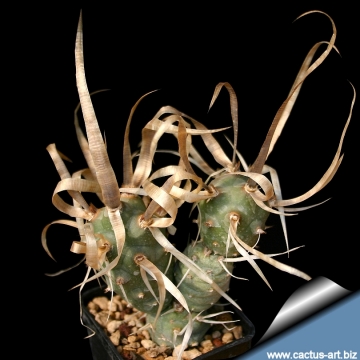 Cultivation and Propagation: It is easy to grow but usually couldn’t get very tall as segment kept falling apart. It is fairly cold resistant and hardy to -9°C depending on the clone, Need full sun, (with insufficient illumination stems get thinner as a result of the lack of sun) The main growing period is spring. It might produce some new segments in the autumn too. Needs good drainage. Propagation is through segment cuttings, or occasionally seeds.
Propagation: Cuttings, it suckers profusely and is very easy to grow by just knocking off one of the 'cones' and stuffing it in the ground.