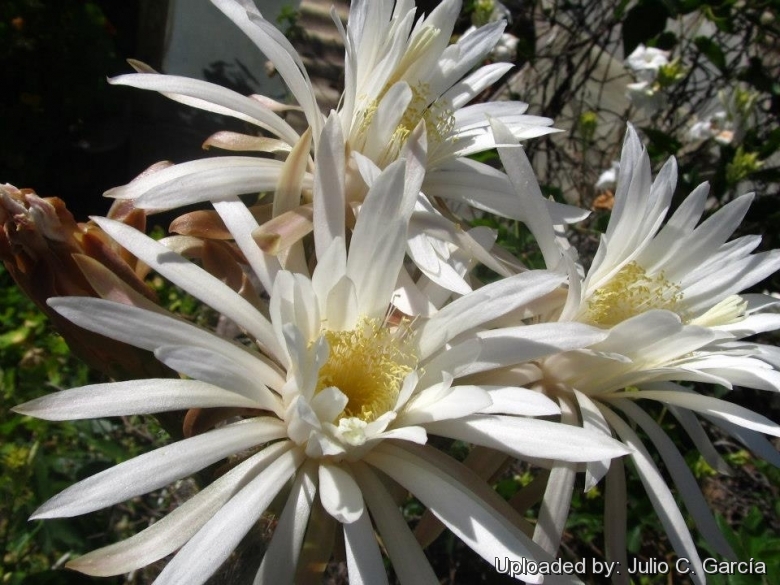 Origin and Habitat: Tropical areas of southern Mexico (Guanajuato, Hidalgo, Jalisco, México, Michoacán, Morelos, Nayarit, Oaxaca, Puebla, Aguascalientes Querétaro and Sinoaloa), but now largely spreading around Mexico. It has also been naturalized in many regions, such as Australia and it is widely cultivated because of its flowers.
Habitat and Ecology: The species grows in tropical deciduous dry forest. There are no known major threats to this species.

Description: Peniocereus serpentinus is a fast-growing slender, shrubby columnar cactus that grows often in groups, erect at first sometimes climbing then leaning and sprawling all over and best tied to something so it wont fall and grow decumbent. It would be good for hanging baskets. This species is in need of taxonomic review as in Mexico it is recognized as a separate genus Nyctocereus; there is genetic evidence for this.
Stem: Slender, snake-like, dark coloured, cylindrical, 3-6 meters long, 2,5-5 cm in diameter.
Roots: Large tuberose.
Ribs: 10-17 obtuse.
Areoles: Whitish white wool.
Spines: 9 to 14 needle-like spines, whitish to reddish when young, with darker tips, 10-30 mm long.
Flowers: When old enough it bears large, nocturnal flowers, they are funnelform, white with pinkish outside segments, 15 to 20 cm long (15 cm in diameter), pericarpel and flowers with bristles. The flowers are very fragrant, like gardenias.
Fruits: 4-6 cm long, red, egg-shaped, edible, spiny, with spines that fall when it is ripe.
Seeds: Black 5 mm Long.

Subspecies, varieties, forms and cultivars of plants belonging to the Peniocereus serpentinus group 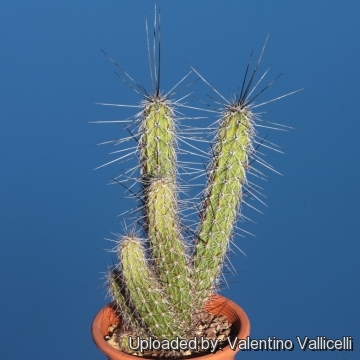 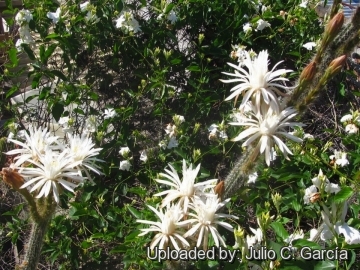 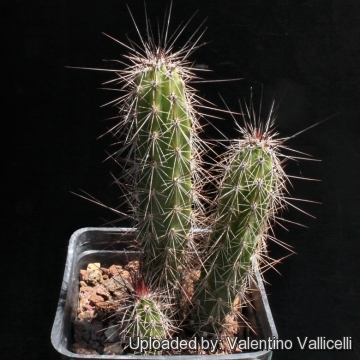 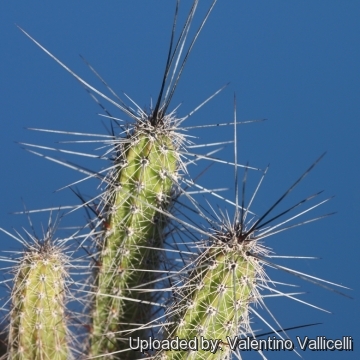 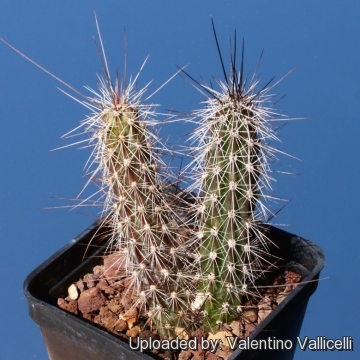 Cultivation and Propagation: Produces best results in loose and very drained soil, rich in leaf-mould, and if sufficient water is supplied in warm weather a rather considerable growth can be made. It needs bright shade to partial sun. The plants will stand but little cold and require a minimum winter temperature of about 10° C. (but can resist for short period to 0° C). Growth is rapid, and supports are needed for the stems. The half‑erect habit of the moderately tall plants makes them desirable for middle foreground position in landscap­ing, while the comparatively small room needed for potted plants makes it an acceptable group for greenhouse culture.
Garden uses: In Mexico it is one of the most widely cultivated species for the beauty of its white flowers that open at night. Sometime it is used as a strong and fast growing grafting stock.
Food uses: It is grown in Mexico (Sonora), California and Chile for its fruit.
Propagation: By cuttings.