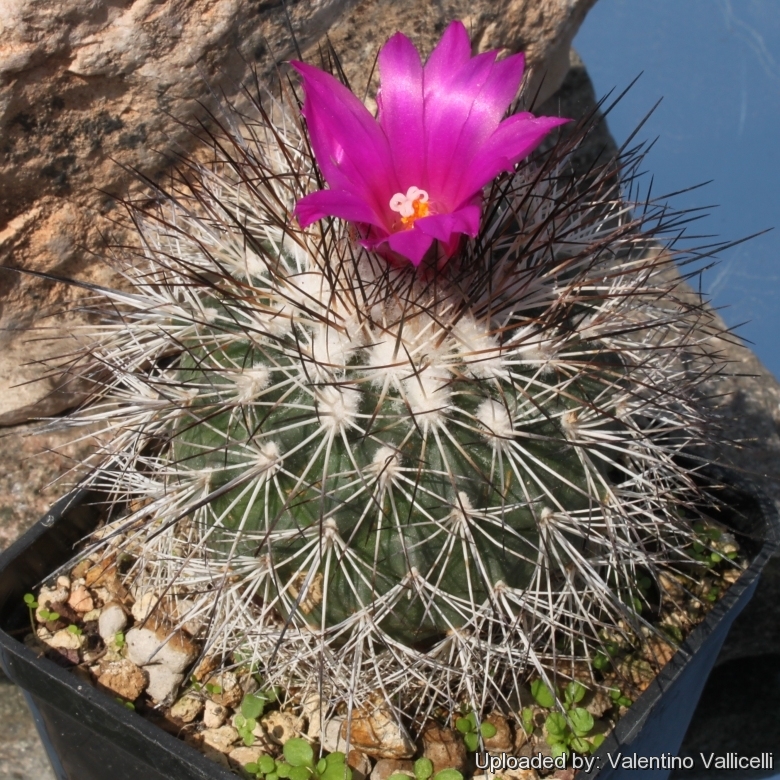 Origin and Habitat: Turbinicarpus horripilus is endemic to Mexico (Hidalgo: Metzitlán). The extent of occurrence is less than 100 km², the species certainly occurs in less than five locations, and the population size is estimated from 1,000 to 3,000 mature individuals. There is less than 1 individual per square meter. The few subpopulations are continuing to decline due to illegal overcollecting.
Altitude range: 1200-1500 metres above sea level.
Habitat and Ecology: This species grows in semi-desert scrub vegetation in rock crevices and steep slopes among calcareous rocks. In the same area it is possible to find several cactus and succulent species like: Mammillaria geminispina, Mammillaria candida, Myrtillocactus goemetrizans, Cephalocereus senilis, Stenocereus dumortieri, Opuntia durangensis, Tillandsia recurvata, Agave stricta and Agave salmiana. Illegal collecting continues to threaten this species. 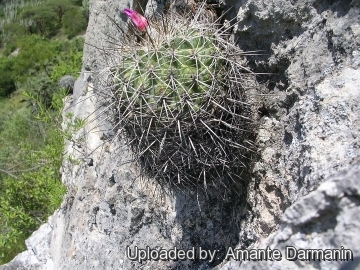 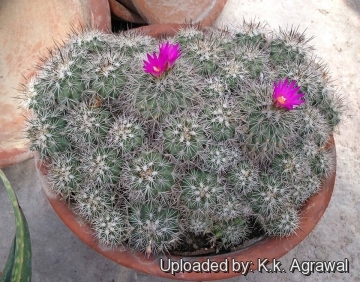 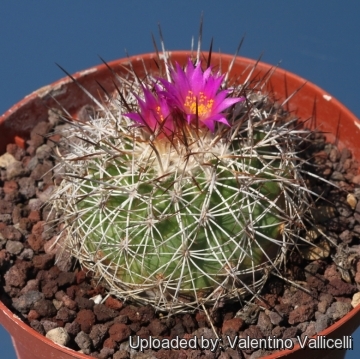 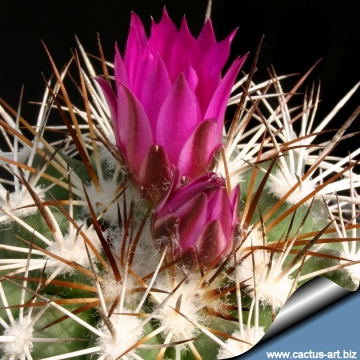 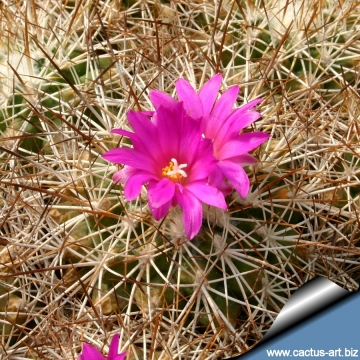 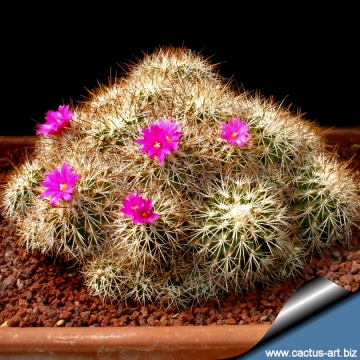 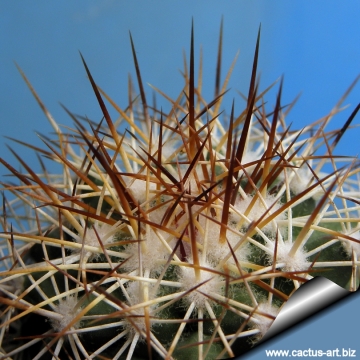 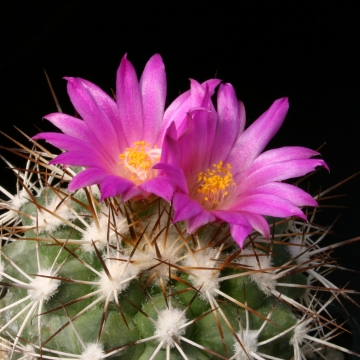 Cultivation and Propagation: Cultivation: It’s a fairly easy species to cultivate and relatively fast growing. Need a very well drained soil. Requires strong sun to part sun to develop good spinal growth and waterings should be rather infrequent to keep the plant compact and not to become excessively elongated and unnatural in appearance. Careful watering away from the body of the plant will allow the areoles to keep their wool. keep dry in winter or when night temperatures remain below 10° C, it is hardy to -4°C for a short period. Assure a good ventilation.
Reproduction: From seed, since the plant rarely produces plantlets, or grafted.

by Cactus Art
There are a total of 16 Photos.
Click here to view them all!
Cite this page: "Neolloydia horripila" Text available under a CC-BY-SA Creative Commons Attribution License. www.llifle.com 14 Nov. 2005. 01 Dec 2022. </Encyclopedia/CACTI/Family/Cactaceae/6348/Neolloydia_horripila>