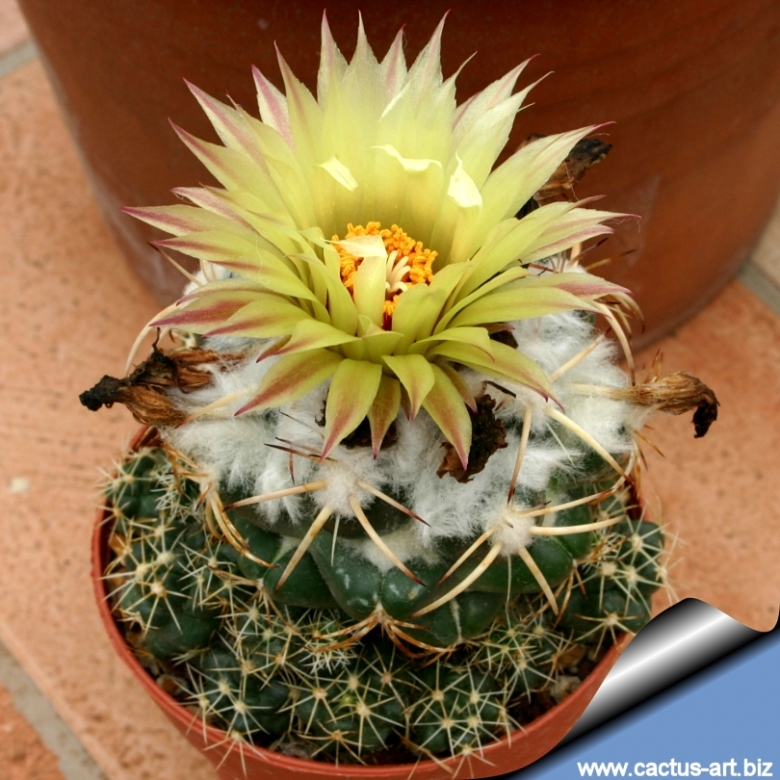 Mammillaria elephantidens f. bumamma (Coryphantha elephantidens subs. bumamma) Photo by: Cactus Art
It is among the best-known cacti, with a wool covered globular stem with large, flat tubercles and spines not a real concern. The more common variety found in dcultivation (a.k.a. forma prolifera) produces lots of little suckers and bright yellow flowers in later summer to autumn. 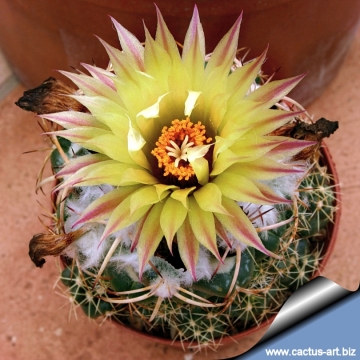 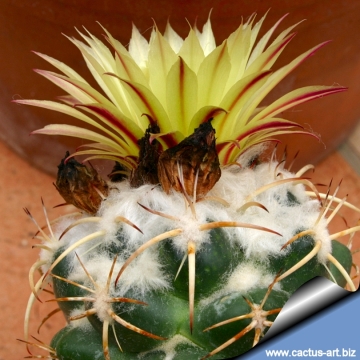 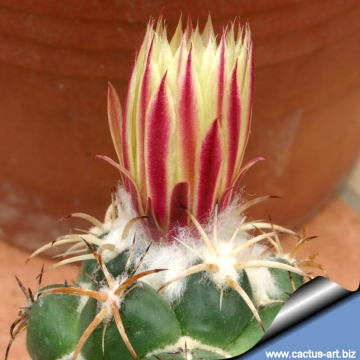 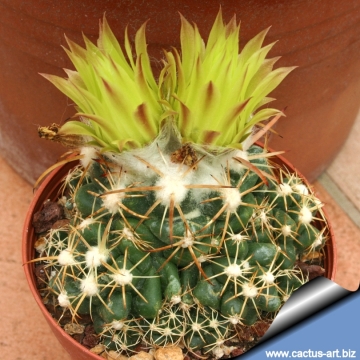 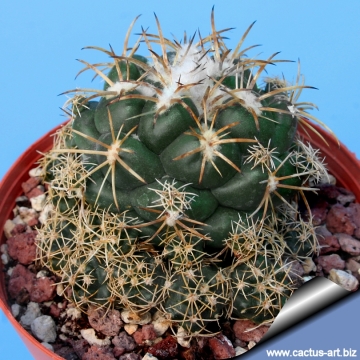