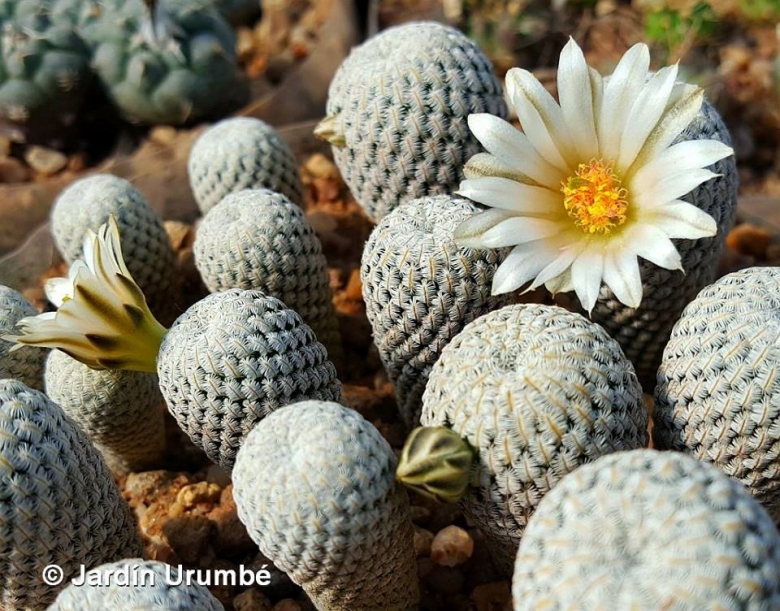 Origin and Habitat: Unknown, probably horticultural, but its ancestor is most likely from Puebla, Mexico).

Subspecies, varieties, forms and cultivars of plants belonging to the Mammillaria pectinifera group

Cultivation and Propagation: Slow growing, this plant is very rot prone and temperamental when cultivated on its own roots, but it is easy to grow if grafted.
Potting subtratum: This species has a fairly large tap root, and should be kept in a deep pot with a very draining mineral substrate.
Moisture: Water regularly during the active growing season (spring and summer), this will encourage steady growth. But be careful with watering, which all thick rooted species require (rot sensitive). Keep dry during the winter rest.
Feeding: Fertilize every 2 weeks with diluted high potassium fertilizer when the plant is in bud.
Exposition: Light shade or full sun exposures.
Traditional uses: Though sometimes called peyote, there is little evidence for the ceremonial use or psychoactive properties of the cactus.
Propagation: Direct sow after last frost. (seldom produces offsets)