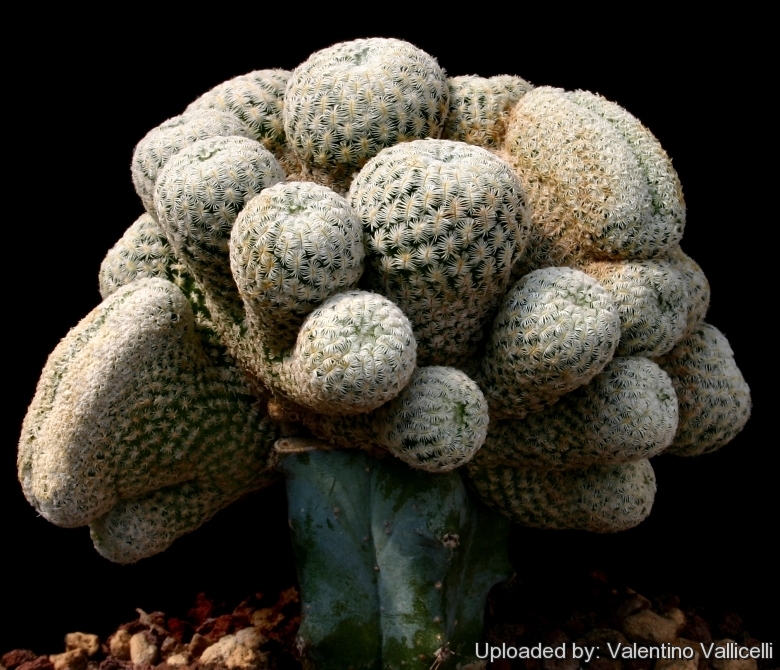 Description: The standard Mammillaria pectinifera is a well known small cactus that appears above the ground as a squat, spherical stem, completely covered by pectinate (comb-like), flattened spines. The crested form Mammillaria pectinifera f. cristata - despite to its beauty - is still very rare and sought after by collectors, for its unique features.
Habit: It is a small low growing crested cactus that will slowly forms tangled groups up to 20 cm in diameter.
Spines: 20-40, pectinate (comb-like), flattened against the body, fine, numerous, white, 1,5-2 mm long. Lacking central spines.
Flowers: Medium-sized in a ring around the sides of the globe, white to pink with darker mid-strip, 20-30 mm long and also in diameter. Stigmas are green. The crested plants usually do not flower, thought some flowers will be sporadically produced on the wide crested form.
Remarks: This plant has different crested forms some very thin and other wide and strong.

Subspecies, varieties, forms and cultivars of plants belonging to the Mammillaria pectinifera group

Notes: The cause of cresting: The cause of cresting is not fully explained, biologists disagree as to why some plant grow in this unusual form. Some speculate that it is a genetic mutation. Others say it is the result of a lightning strike or freeze damage, but whatever the stimulus, the growth point of the stem has switched from a geometric point, to a line, which folds and undulates as the crest expands. Though these crested cacti are somewhat rare (1 in 50,000 or less), cresting occurs naturally and can be encountered in many other cactus species. 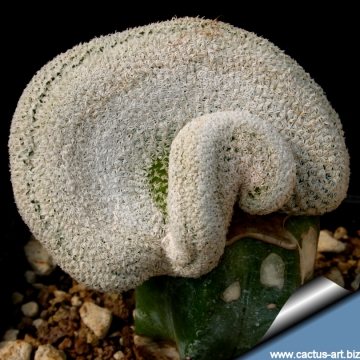 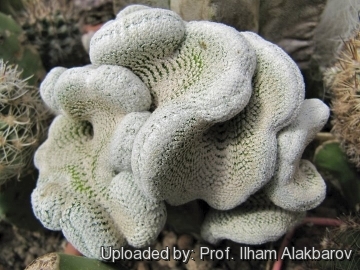 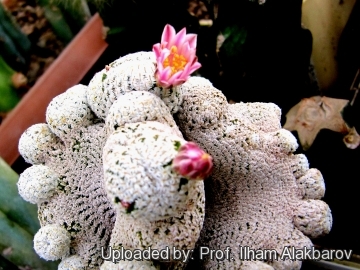 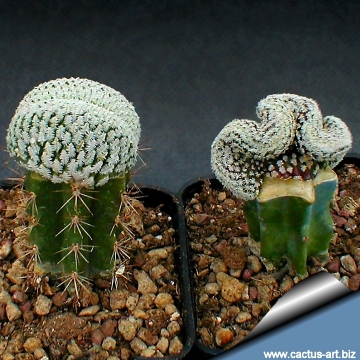 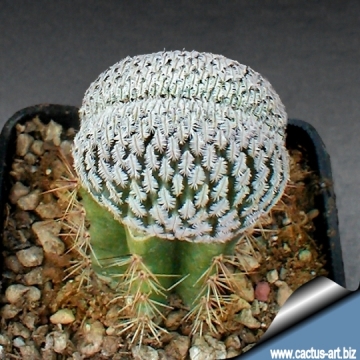 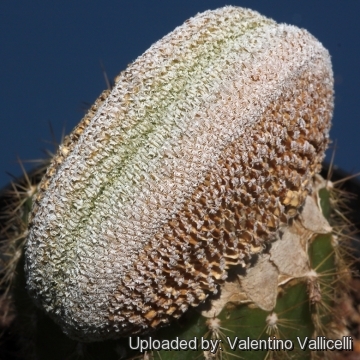 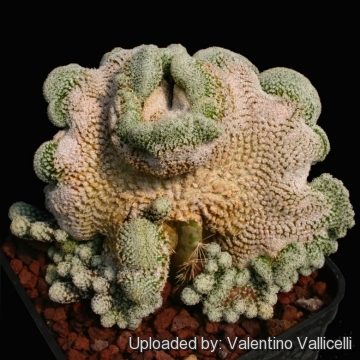 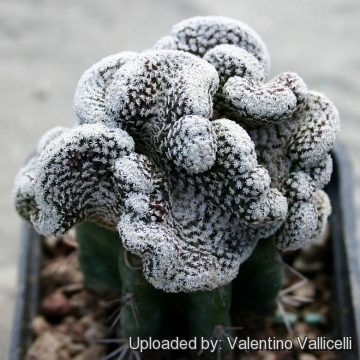 Cultivation and Propagation: Theese plants grow slowly and are cold intolerant, make sure that your crest are not exposed to freezing temperatures. They need a well drained soil mix. Water regularly in summer but allow to dry fully before watering again. During the winter months they should be rather kept dry. Repotting should be done every other year or when the plant has outgrown its pot.
Sun Exposure: They like full sun, but some summer shade in the hottest hours of the day is beneficial.
Propagation: Grafting since cutting root hardly.