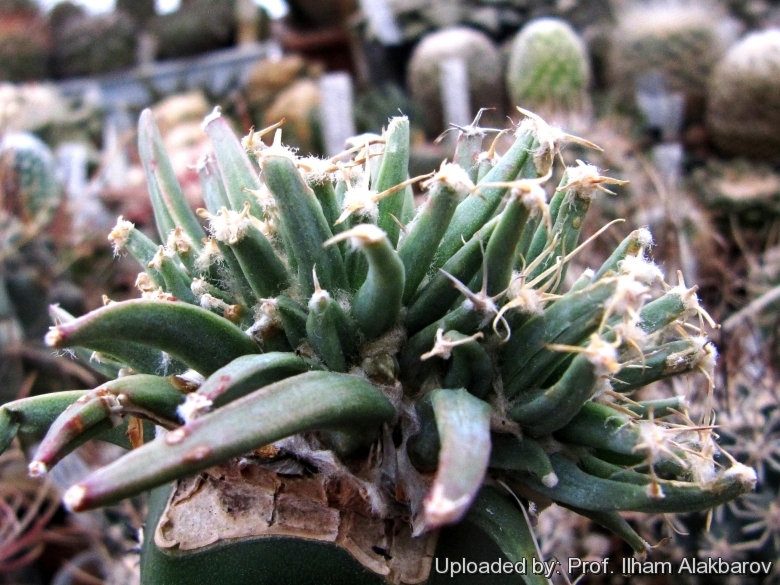 Origin and Habitat: The odd crested forms are extremely rare and may appear both on seedling batches in a very small percentage and in habitat too.

Description: The typical Leuchtenbergia principis is a is a unique looking cactus with very long tubercles, making the plant resemble an agave. It is slow-growing but can eventually grow up to 70 cm high. It has a large, tuberous taproot.
Crested form: The odd crested form is very rare and cultivated for its beautiful stem with slender, greyish-green to bluish-green tubercles, triangular in cross-section with the tips cut off, 6-15 cm long, with purplish-red blotches at their tips. These crested plants occasionally produce normal shoots. Flowers are produced on the the apex of younger tubercles. Crested specimens are often grafted on stronger species, called the stock, that can be any number of different columnar cactus.