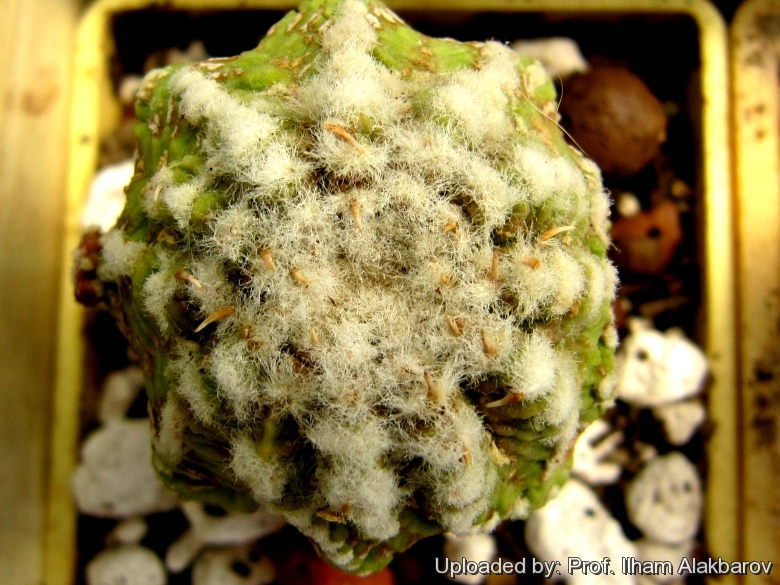 Description: Aztekium ritterii f. senilis is a nomen nudun (an avowed new name unaccompanied by a description or diagnosis) sometime used in the trade to indicate a woollier form of Aztekium ritterii distinguished by its areoles densely covered by tufts of soft tangled greyish-white hair. The true self and the origin of this plant is controversial, some suppose that it may be a mutation or a new variety. However the density of wool in the areoles is greatly influenced by the conditions of culture: plant on their own roots usually have few felty hairs only on the upper areoles, while in grafted specimens the hairs are more numerous. In any case the "senilis form" is very peculiar and seldom seen in specialized collections.