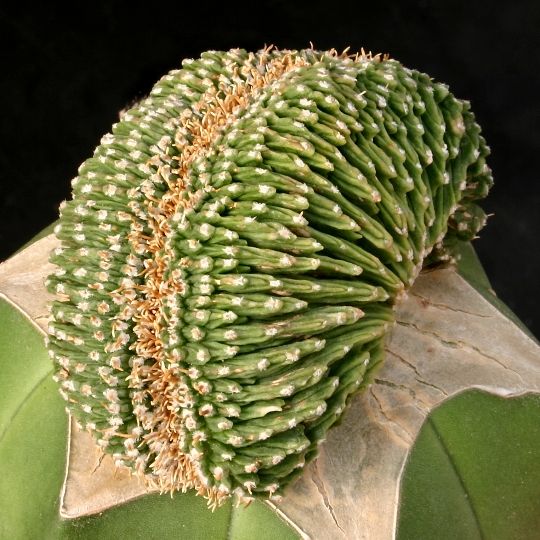 Description: This is the crested form of Aztekium ritterii a very rare and extremely slow growing cactus from Mexico seldom exceeding 5 cm in width with rounded ribs. This is one of the more famous crested cacti sought after by cactus impassioned, but very slow growing and seldom available.
Stem: The stem is crossed by numerous horizontal furrows. Between these true ribs are small secondary ribs, reaching about halfway up the plant body. The colour of the younger growth is a rather pale yellowish green or purplish, merging to grey-green on the lower, older growth. The crested apex of the cactus contains a some white wool.
Spines: 1 to 3 small, weak, often missing from the youngest areoles. The older areoles form a more or less continuous line along the centre of the true ribs. 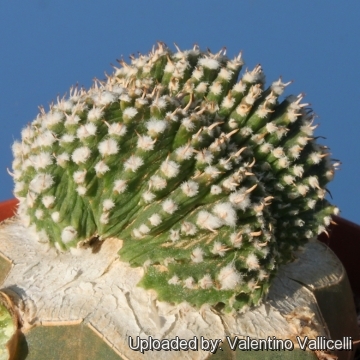 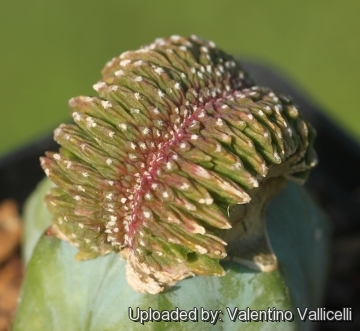 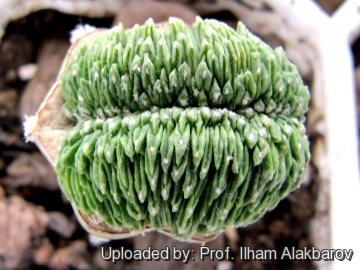 Cultivation and Propagation: It is of extreme slow growth - probably the slowest of the entire cactus family. It usually takes several years for growth to be noticeable. Prefer some shading.
Reproduction: They are usually grafted, It is also possible to root pieces of crest from grafted plants but with little success.