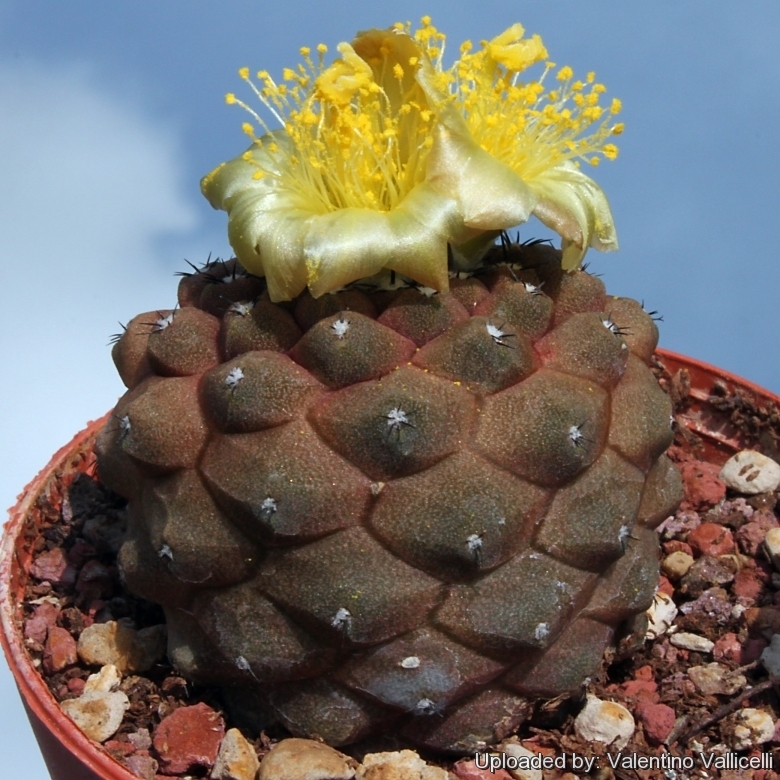 Origin and Habitat: Two forms of C. hypogea are known from the neighbours of Chañaral (Coastal Chile, 02 Antofagasta), the fist (rare) at north of the town shows a rugose epidermid (the so called “Lizard skin”), the second near the town and in the south area with smooth epidermis (also known as Copiapoa barquitensis) this second form is more familiar in the collections.

Description: Solitary or clumping slowly (occasionally dichotomously branched) by offsets at the base. Two subspecies are recognized, the nominate and subsp. laui (Diers). G.J.Charles (Hunt et al. 2006). However, most experts consider subsp. laui to be a separate species (see: Copiapoa laui).
Root: Tuberous-napiform, connected though a narrow region to the main stem.
Stem: Grey-brown or more commonly bronzed, depressed-globose, 3-4 cm in diameter (up to 7 cm in cultivation), the aerial part is almost disc-shaped and almost sunken in the ground with white wool in the centre, also in the older areoles. Epidermis smooth or roughened.
Ribs: 10-14(16) divided in extremely low often spiralled tubercles up to 4-8 mm apart, about 4-7 mm in diameter and up to 5 mm tall.
Areoles: Small 1-3 mm wide, sunken, oval, with white felt and well separated.
Spines: Completely absent on older part of the plant.
Central spines: Absent or solitary and minute.
Radial spines: Very few (from 0 to 10) thin, short and less than 4 mm long. Brownish or black becoming ash grey and later deciduous.
Flowers: Diurnal, apical, with the typical Copiapoa scented, yellow and pink broad 1,5-2 cm long and 30-40 mm wide.
Blooming season: Hotter days in summer, blooms open about to hours after sunrise and close two hours before sunset.
Fruits: Slightly fleshy, small globular whitish with only few minuscule apical scales.
Seeds: Shining black an smooth, about 1 mm long, 0,75 mm large and 0,5 mm thick. 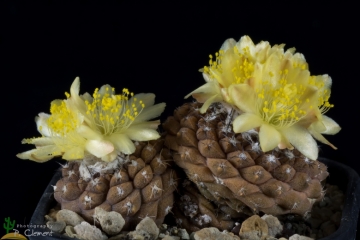 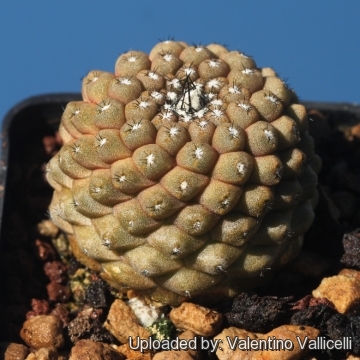 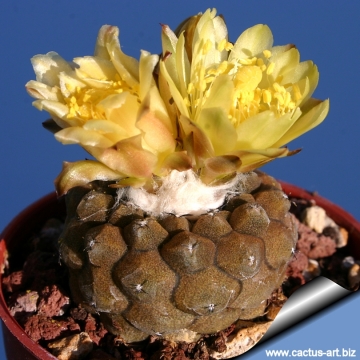 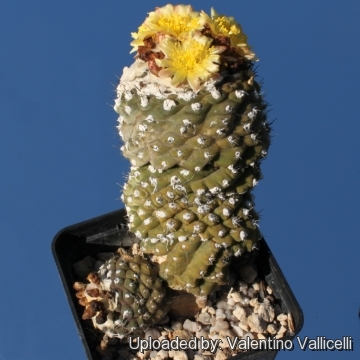 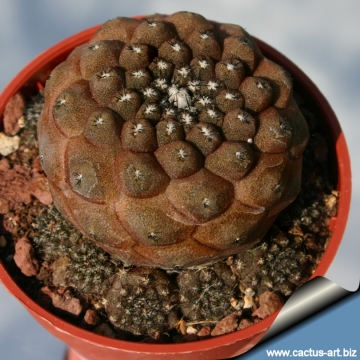 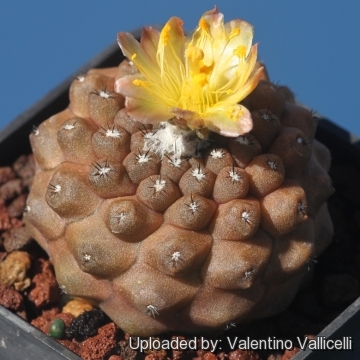 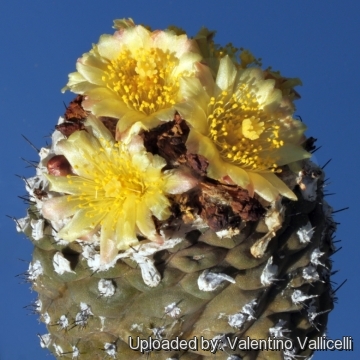 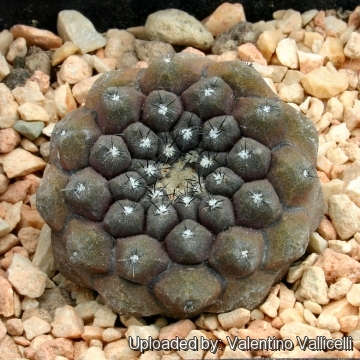