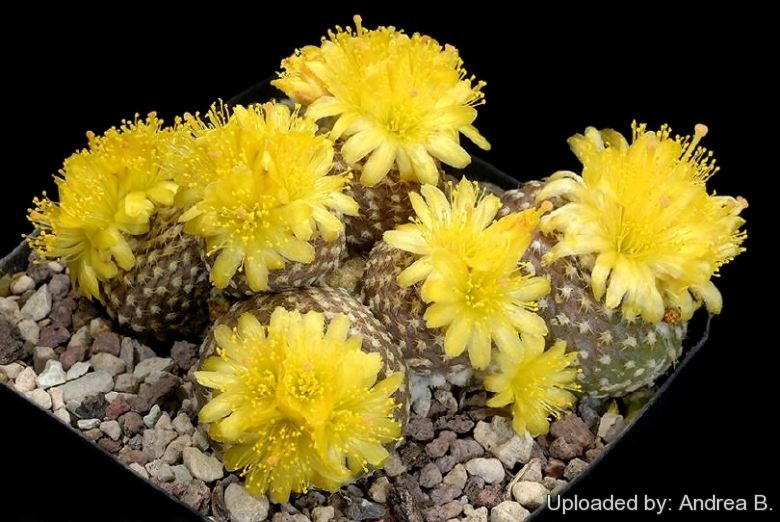 Copiapoa laui Photo by: Andrea B.
FK 439 Esmeralda Guanillos, Chile It is the smallest of the Copiapoa's and a very attractive clustering variety with lots of small heads when mature. It is easily identified just by its small size, brown soft stems, minute spines, large yellow flower and large tuberous root. It is the only Copiapoa where the side branches form their own roots. 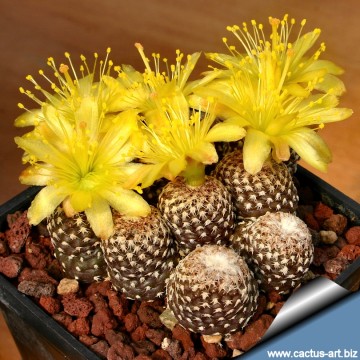 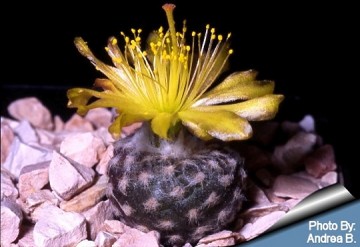 Copiapoa laui at anthesis This species start flowering when still very small. Photo by: Andrea B. 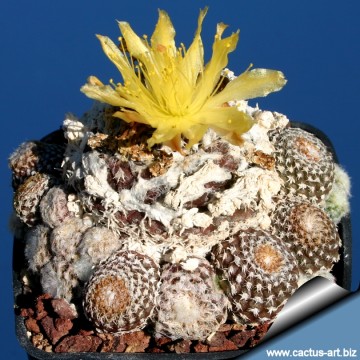 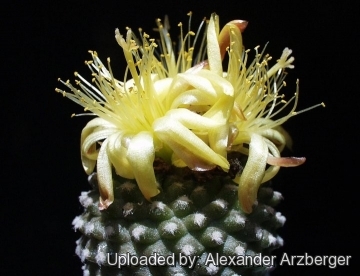 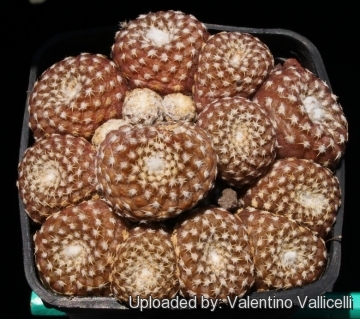 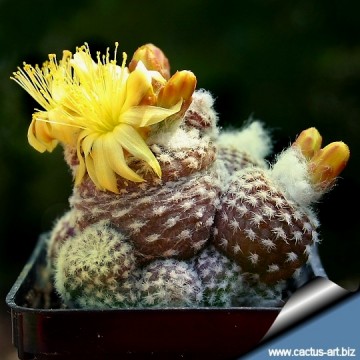 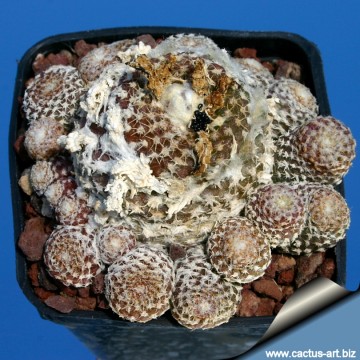 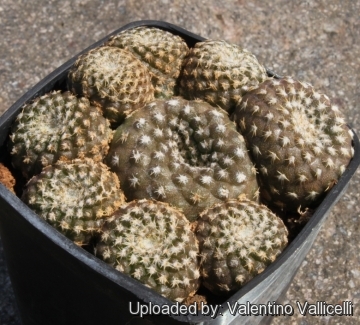