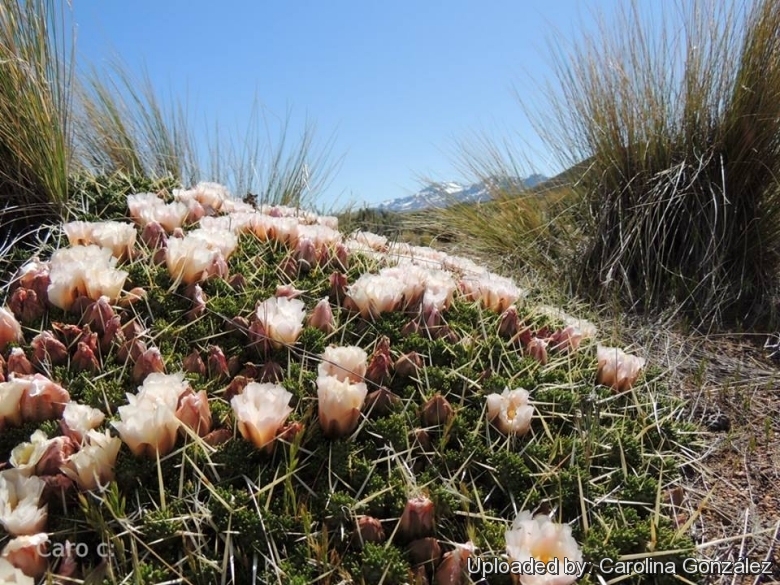 Origin and Habitat: Maihuenia patagonica occurs in Argentina (Chubut, Mendoza, Neuquén, Río Negro, La Pampa, and Santa Cruz provinces) and Chile (Chile Chico, Aisén).
Altitude range: It grows below1, 500 metres above sea level, most often from 0 to 600 metres.
Habitat and Ecology: It grows in dry exposed places in semi-desert, rocky plains, grasslands, arid steppe and subalpine regions of Patagonia. Maihuenia patagonica grows in a variety of soil types, but always in the form of a coarse mixture, often of volcanic origin. Compared with Maihuenia poeppigii, Maihuenia patagonica grows in drier areas with 130 to 250 mm precipitation per annum concentrated in winter. The dry season in the summer lasts from 8 to 10 months. Seedlings and young plants capture the drought by forming rapidly relatively thick roots. Five days after germination the seedlings have a taproot 3-5 cm long. Observations indicate that the temperature on the day runs between 0 and 20 degrees Celsius. The surface temperature lies between 0 and 45 degrees Celsius, with peaks at 55 degrees Celsius, but some frost is possible during the night in the summer too. The area is very windy (wind speeds between 3 to 20 meters per second). Lower temperatures are not known, but in one of the growth sites it has been recorded -20 degrees Celsius in winter. No threats exist to this species because it has a wide range, is locally abundant, especially throughout the province of Neuquén, is present in several protected areas and there are no major threats affecting it. It is often associated with ants.

Subspecies, varieties, forms and cultivars of plants belonging to the Maihuenia patagonica group 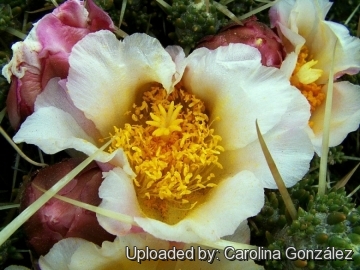 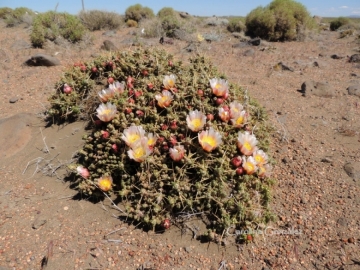 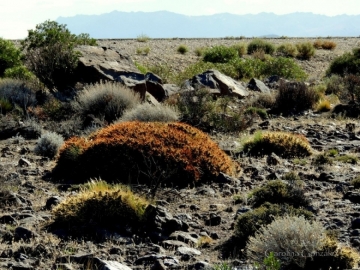 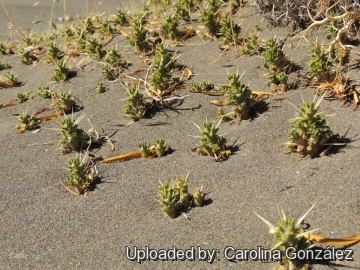 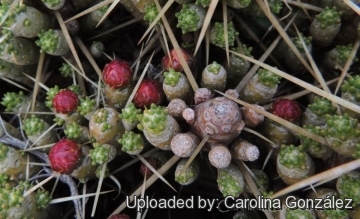 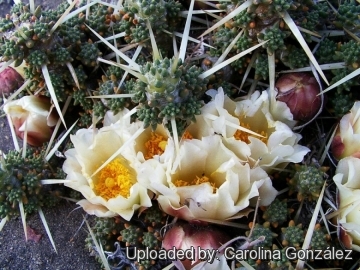 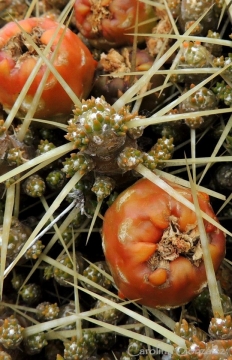 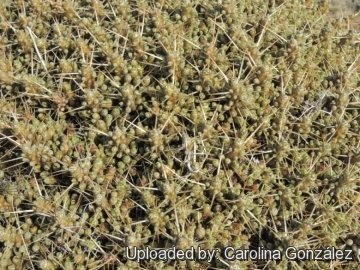 Cultivation and Propagation: Maihuenia patagonica is an easy-to-grow plant supposed to be quite cold-hardy in the central european climate but the high-altitude Maihuenia poeppigii is probably more reliable. It can survive outside in the garden in the sunny rockery on a sheltered place, but only if it's protected with a sheet of glass during the wintertime. It is also very good for a large pot which can be stored inside an unheated greenhouse or on a balcony, somewhat protected from moisture during the winter, but is probably safest to grow it in the Alpine House or in a raised bed inside an unheated greenhouse all year around, with lots of ventilation. It doesn't fear cold weather and it bears very harsh frost, and temperatures of around -10° degrees Celsius did not harm these plants at all. They should not be kept hot in summer as they are from high elevations. During the beautiful season it’s good to enrich the soil of our succulent plants; using a fertilizer rich in potassium and phosphorous, but poor in nitrogen, because this chemical element doesn’t help the development of succulent plants, making them too soft and full of water. For a balanced development, it is best to position the the maihuenias in a place where it is exposed to at least a few hours of direct sunlight. Water these plants only from time to time if grown outdoors, but it should be watered abundantly if grown in a pot or in the greenhouse, during the summer. The spring weather, with a high temperature swing between the day and night hours, and pretty frequent rains, can favour the development of fungus diseases, which should be treated pre-emptively with a systemic fungicide. We suggest repotting every 2-3 years.
This species can also be grown anchored without soil on a roof (like for the sempervivums).

by Carolina González
There are a total of 15 Photos.
Click here to view them all!
Cite this page: "Maihuenia patagonica" Text available under a CC-BY-SA Creative Commons Attribution License. www.llifle.com 14 Nov. 2005. 05 Dec 2020. </Encyclopedia/CACTI/Family/Cactaceae/30848/Maihuenia_patagonica>