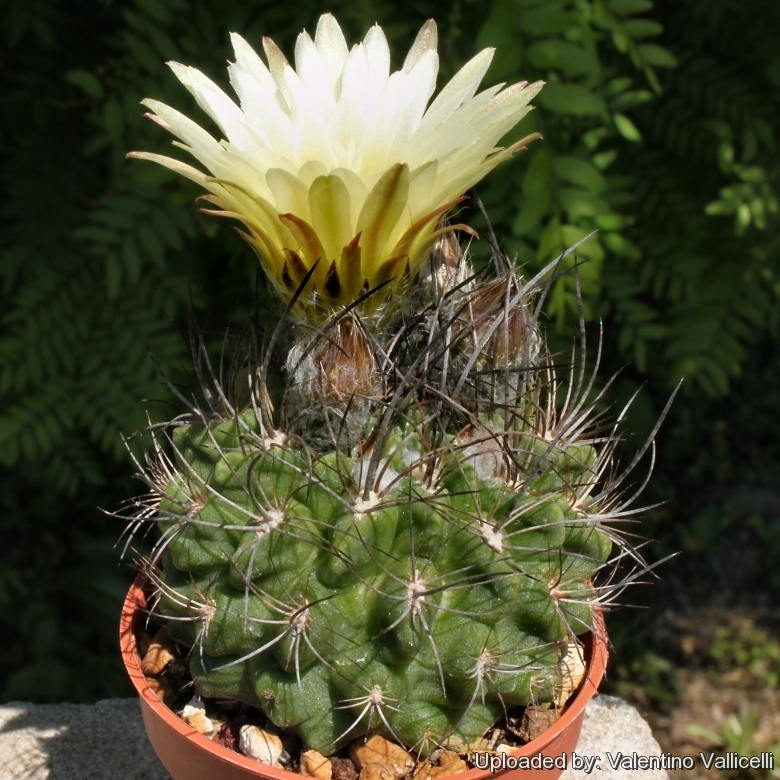 Origin and Habitat: East of Huasco.
Habitat: It grows in costal areas where very little else grows. It's a very drought tolerant species. Despite the lack of rain where it lives, the extreme aridity is attenuated by the frequent, often dense, coastal fogs. The fog tends to concentrate in the form of a cloud band at an estimated height of 500 to 850 m. It shows a recurrent pattern; usually it is overcast in the early mornings, the clouds dissipating during the late morning and returning during the late afternoons. The plant grows often buried in the ground and is almost impossible to spot without the flowers.

Description: Eriosyce crispa var. huascensis is a flattened to slightly cylindrical cactus, slowly growing up to 10 cm in diameter. It is one of the local forms of the variable Eriosyce crispa that distinguishes for its stiff, needle-like spines, only 6-8 radials, and 10-12 ribs. However it look similar to other varieties of Eriosyce crispa which are linked one to each others by populations of plants with intermediate characteristics. It is quite variable and plants with different flowers' colours are found in cultivation.
Stem: Blackish, brownish or dark olive green, often with a greyish-white waxy coating presumably to prevent dessication in it's extremely dry environment. In cultivation the white waxy bloom is often not produced, revealing the brownish/blakish epidermis.
Roots: Fibrous, arising from short taproots. Root system often separated by a narrower neck.
Ribs: 10-12 noticeably tubercled with pronounced chinlike protrusions.
Areoles: Often somewhat sunken and woolly.
Spines: Black or brown, stiff, more or less curved upward & twisted that are not easily distinguished as centrals or radials.
Central spines: 1-5, more or less thick 15-80 mm long.
Radial spines: 6-8, thinner, sometime bristly 10-50 mm long.
Flowers: Diurnal, 3,5-5 cm long and broad, closely packed apically from young areoles, funnel-form, the colour is whitish, pinkish or reddish with red/brownish midveins. Pericarpel and floral tube with bracts, wool and bristles, but flower base not bristly.
Fruits: More or less elongated, pinkis-red deishing by basal pores. 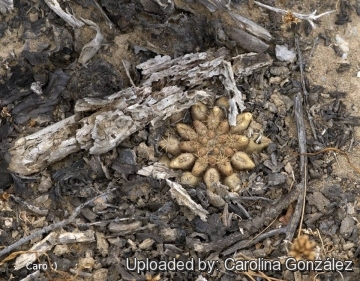 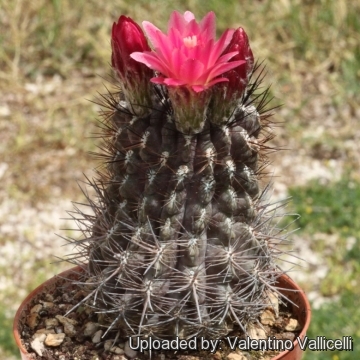 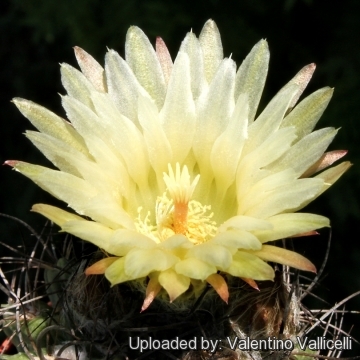 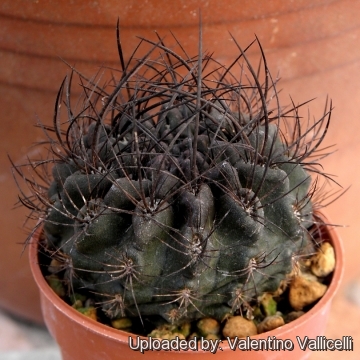 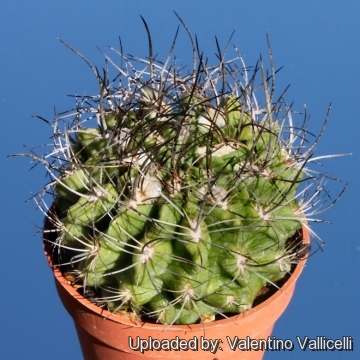