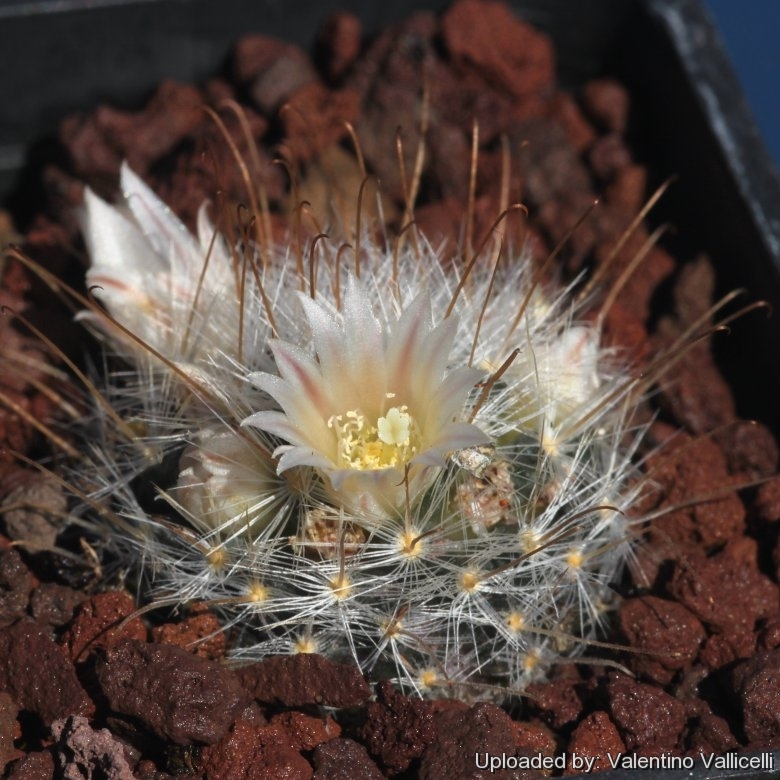 Description: Mammillaria chica is a tiny controversial species with hooked central spines in immature seedlings, but no central spines in the mature specimens (Reppenhagean 1991). It was then dismissed by Charle Glass and Fitz and Betty Fitz Maurice as a variant form of Mammillaria gasseriana with no central spines, except in the seedling stage. Both Hunt and E.F.Anderson refers this taxon to synonymy with Mammillaria stella-de-tacubaya and other synonymized it with Mammillaria tepexicensis, creating a taxonomig nightmare. And also the photographies of this species available on the net show a great variability in spination especially regarding the presence and size of hooked spines in adult plants. However, there remains a considerable confusion surrounding the true identity of this species. Whatever view one adopts, it is worth a place in every Mammillaria collection.

Subspecies, varieties, forms and cultivars of plants belonging to the Mammillaria stella-de-tacubaya group 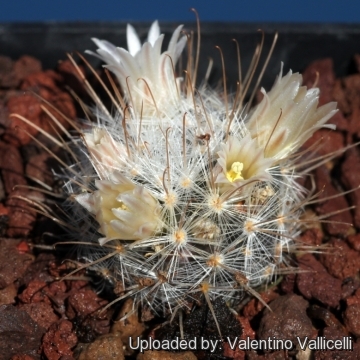 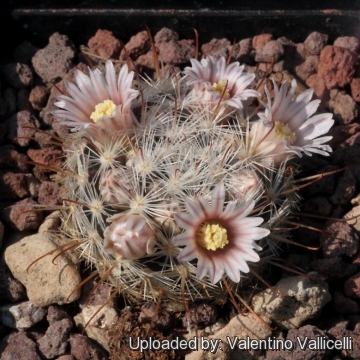