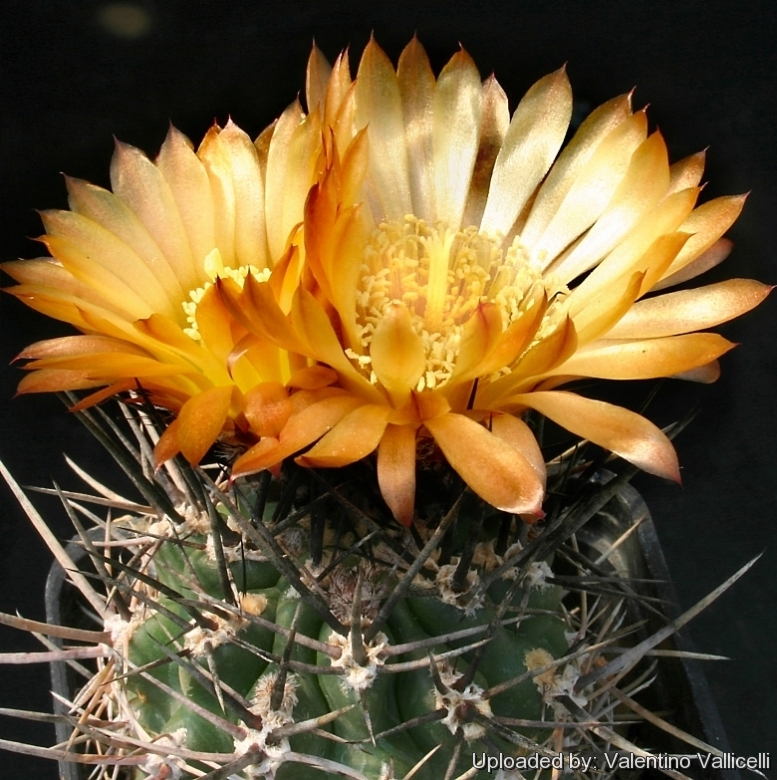 Origin and Habitat: Eriosyce strausiana is endemic to Argentina, La Pampa, San Juan, La Rioja, Neuquén, Río Negro and Mendoza. It is common and abundant.
Altitude: 500 to 3000 metres above sea level.
Habitat and Ecology: It grows in monte shrubland and high altitude grasslands, on rocky and sandy soils in gravelly hill and alluvial fans along with Cereus aethiops, Echinopsis leucantha, Opuntia sulphurea and Trichocereus candicans. In part of the range the species is potentially threatened by agriculture.

Description: Eriosyce strausiana, known in older description under the name Pyrrhocactus strausianus, is a solitary or slowly clumping cactus with very strong spines. Flowers grow up at the top. Two subspecies are recognized, the nominate form and subsp. pachacoensis (Rausch) Ferryman.
Stem: Globose to to sub-globose or cylindrical as it becomes old, up to 20 cm tall and 8-15 cm in width, dark green to olive green.
Roots: Fibrous from a short tap root.
Ribs: 12 to14 in adult specimens. Obtuse and somewhat notched.
Areoles: Oval, woolly and hairy when young (with yellowish felt), later naked.
Radial spines: 8 to 14 about 25-30 mm long, Mostly curved upward, subulate, base swollen, dark greyish-black or dark horn coloured with black tips. Young spines are almost black (with a dark purple base), while older ones turn grayish.
Central spines: 1 to 8 longer and stouter (approx 30-40 mm long) similar in colour and shape to the radials.
Flowers: 3-4 cm long, 3,5-5 cm in diameter. Apical, broad funnel-form, straw coloured to dirty amber-yellow . Pericarpel and floral tube with wool and bristles.
Fruits: Only about 7-10 mm long, egg-shaped, greenish with thin wall, opening at maturity from a basal pore. 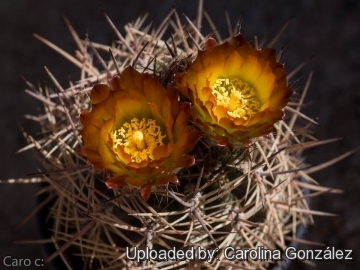 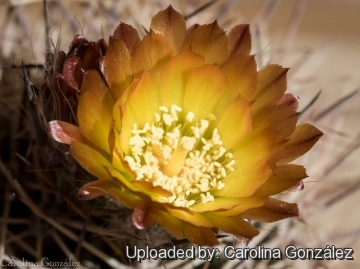 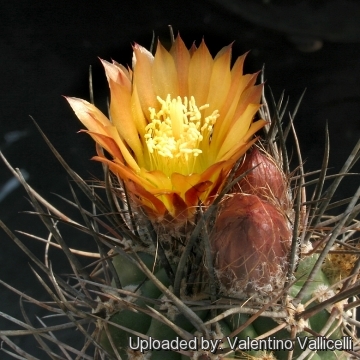 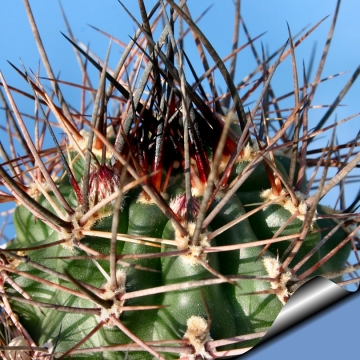 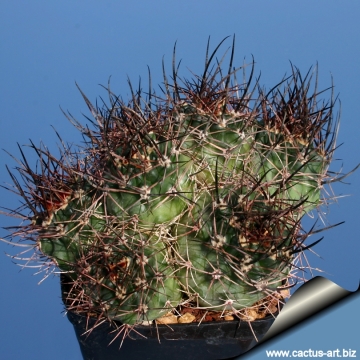 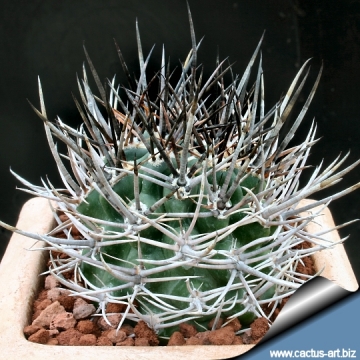 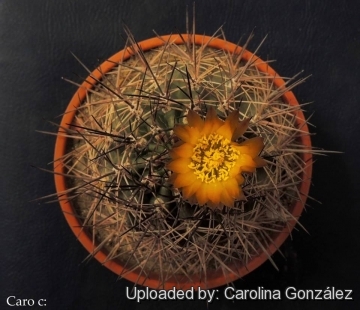 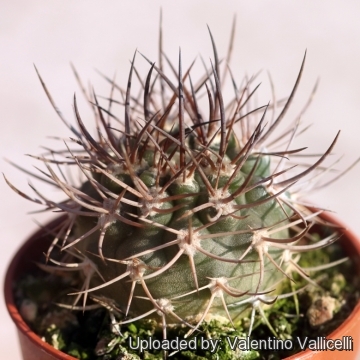