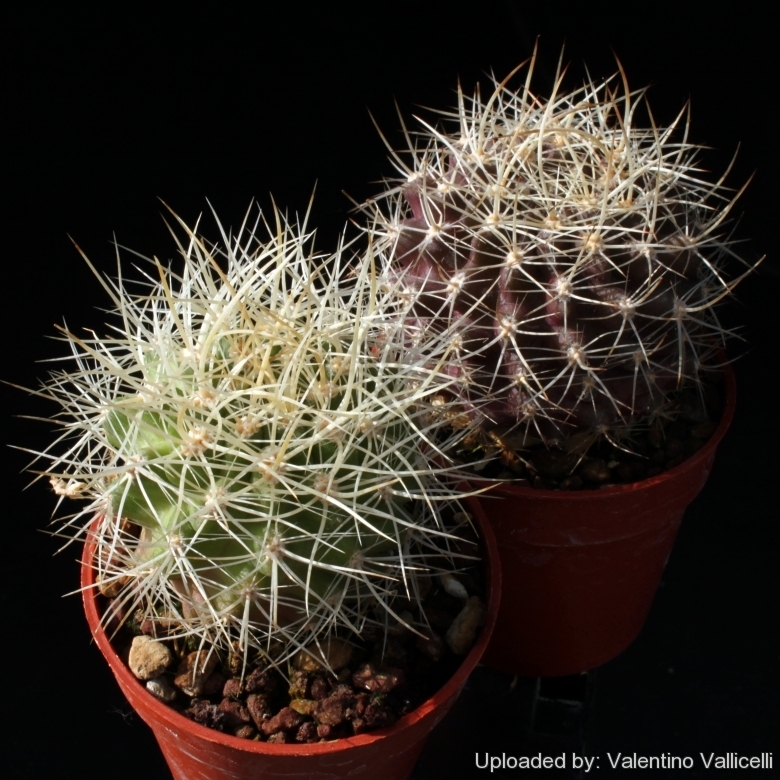 Description: Eriosyce curvispina var. andicola|SN|18405]] is one of the innumerable synonyms of the very variable Eriosyce curvispina with long dense whitish or yellowish spines that was indicated by Ritter in its original description from the higher part of the areal of the species, but poorly differentiated and nowadays fully synonymized with Eriosyce curvispina.
Eriosyce curvispina (sensu lato) is one of the most wide-spread of the Eriosyce species. It is also highly variable in appearance has been received numerous, often unnecessary, names. In fact, there are a number of different looking varieties, but only some authorities recognize the different populations as segregate varieties.
Habit: It is a solitary cactus that may occasionally form few branched clunps.
Roots: Fibrous though sometimes developing short napiform root.
Stem: Subglobose or globose, sometime elongate (especially in cultivation), 8-20 cm across, greyish green, often with naked or with few spines at the top.
Ribs: 14-24, noticeably notched with chinlike protrusions.
Roots: Fibrous from a short tap root.
Spines: Long, stiff, white, yellowish to greyish-brown thin to thick, awl shaped. Older ones turn greyish.
Central spines: 4-8,20-30 mm long.
Radial spines. 10-15,10-30 mm.
Flowers: Flowers are about 3-5,5 cm long and broad, broadly funnel-form, yellowish-green, dull-yellow or yellow with reddish-brown midveins or reddish.
Fruits: Somewhat elongate, reddish, fleshy, about 1 cm long splitting open by at the base. 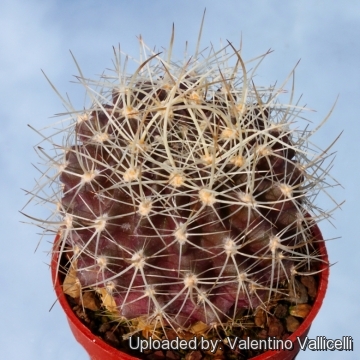 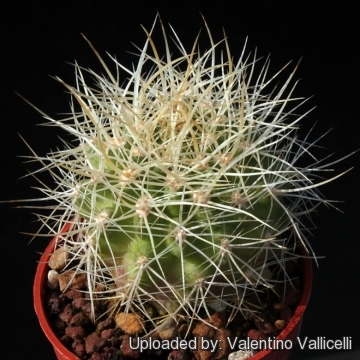