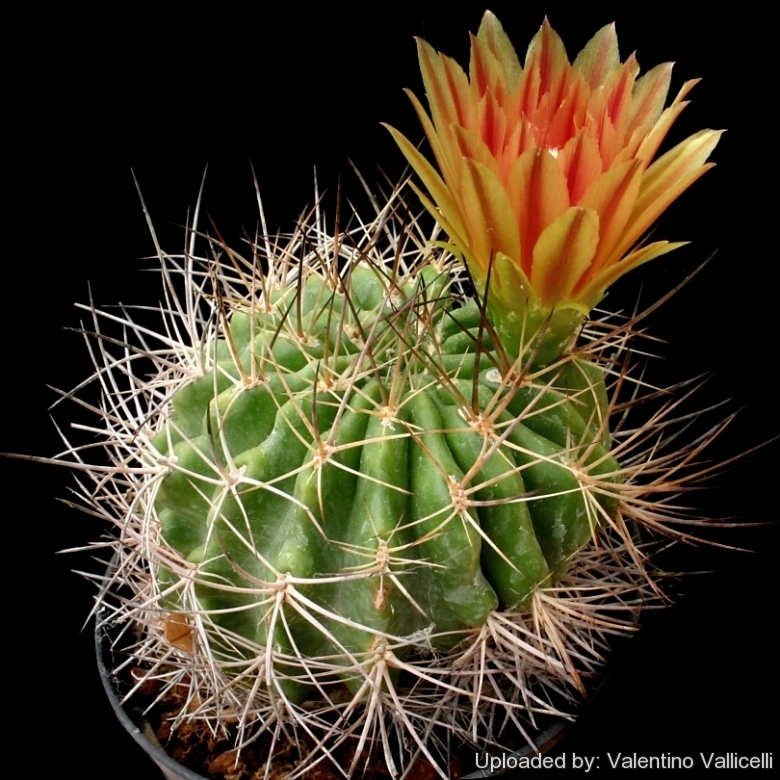 Description: Plants are usually solitary. (But nowadays the var. santiagensis is considered none other than a synonym of Eriosyce curvispina, which is one of the most variable taxons in appearance. In fact, there are a number of varieties very different-looking, but not all the authorities recognize the different population as segregate varieties.)
Stem: Globular, up to 15 cm.
Spines: Long, stiff, greyish-brown spines, with darker tips. Young spines are almost black, while older ones turn greyish.
Flowers: Flowers are about 4 cm in diameter. 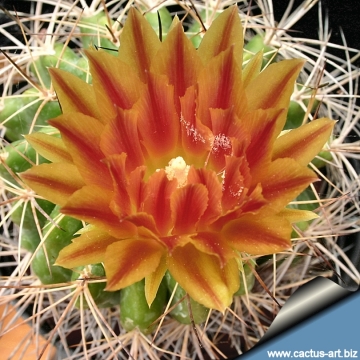