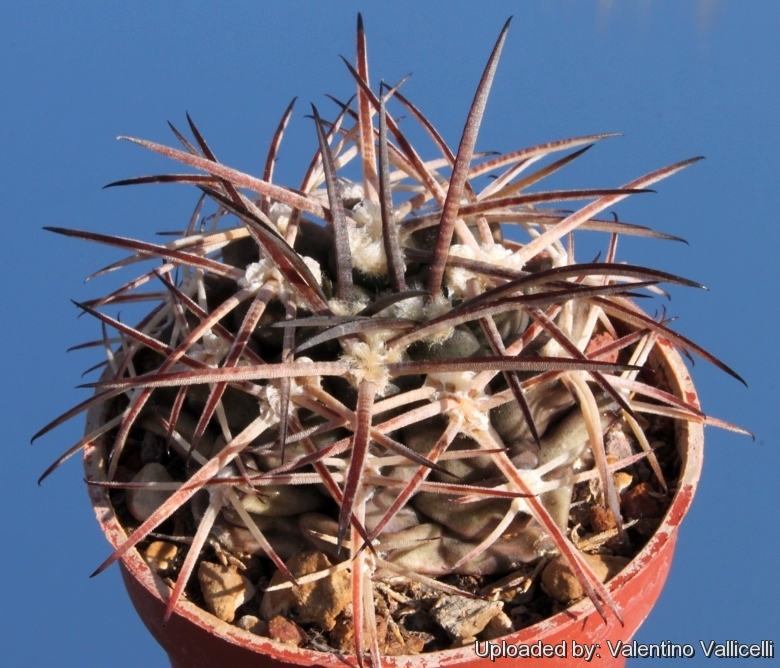 Origin and Habitat: This species is endemic to northwestern Argentina, where it occurs in the provinces of Catamarca, Córdoba, La Rioja, Mendoza, Salta, Santiago del Estero, San Juan, San Luis and Tucumán.
Altitude range: 100 to 1,200 metres above sea level.
Habitat and Ecology: This cactus grows in flat, sandy or silty areas away from rocks and steep slopes, but often in the shade of shrubs. It has a wide distribution and is often locally common. In the northeastern part of its range Gymnocalycium schickendantzii may be affected by agricultural activities.

Subspecies, varieties, forms and cultivars of plants belonging to the Gymnocalycium schickendantzii group

Notes: The spines are very peculiar somehow flattened dark brown in the upper face and grey below. 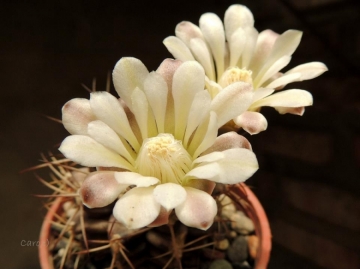 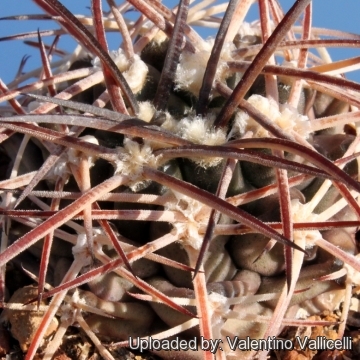 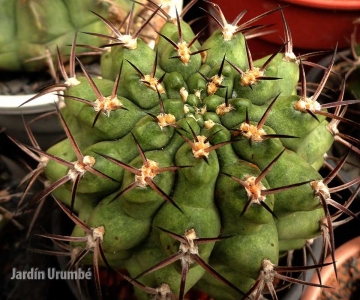 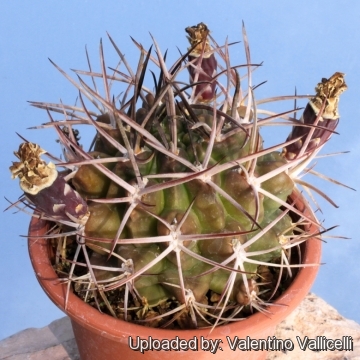 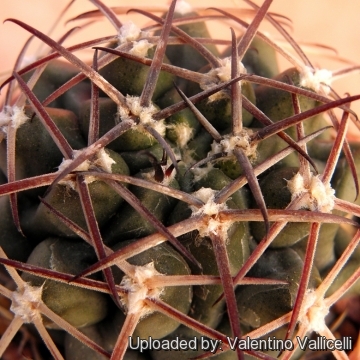 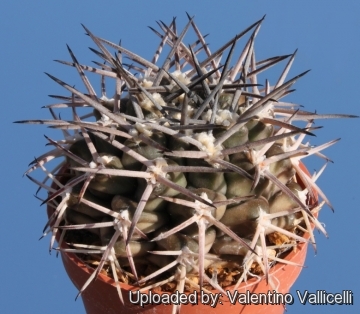 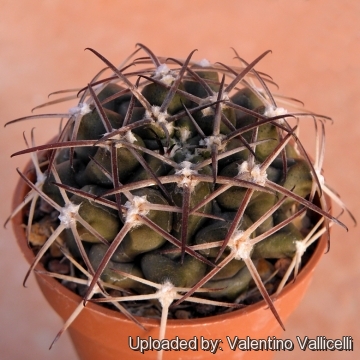 Gymnocalycium schickendantzii Photo by: Valentino Vallicelli
Send a photo of this plant.

Cultivation and Propagation: Keep this plant almost dry in winter at a minimum temperature of 0°C, prefer a low pH compost otherwise growth will stop altogether. The plant tolerate extremely bright situations but are likely to suffer from sun scorch or stunted growth if over exposed to direct sunlight during the hottest part of the day in summer. Repotting should be done every other year or when the plant has outgrown its pot.
Propagation: Seeds (It don't produces offsets).
Seed Collecting: Permit fruit to ripen, fruit must be significantly overripe before harvesting seed; clean and dry seeds.