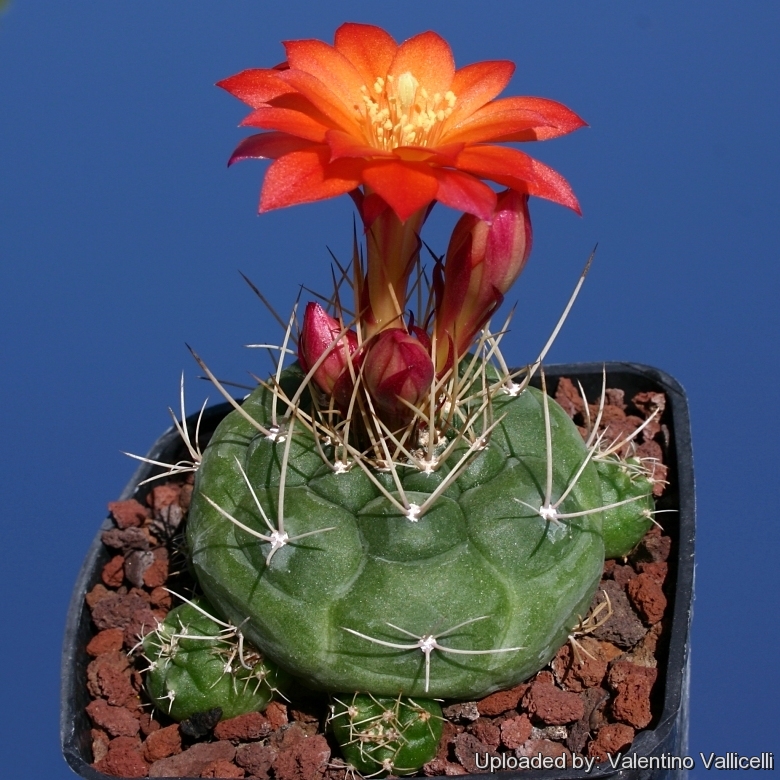 Origin and Habitat: Matucana oreodoxa it is known from one location in the Valley of the Rio Puchca, Ancash, Peru and the area of occupancy is likely to be less than 20 km2.
Altitude: It grows at an elevation of about 1800-3000 metres above sea level.
Habitat and Ecology: The species dwells in inter-Andean valleys and is uncommon.

Subspecies, varieties, forms and cultivars of plants belonging to the Matucana oreodoxa group 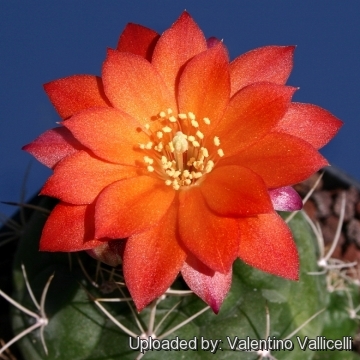 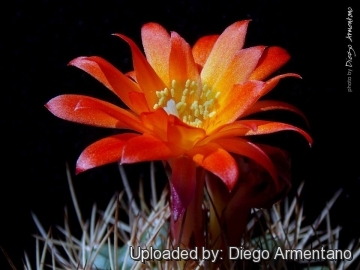 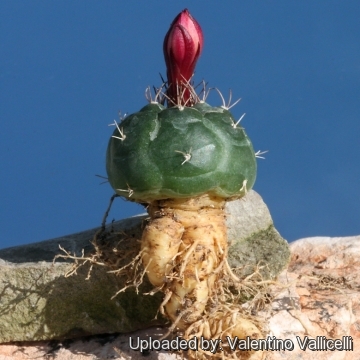 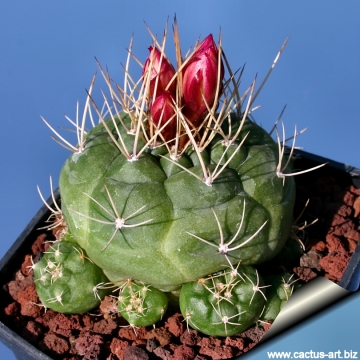 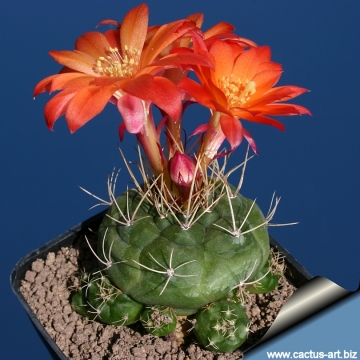 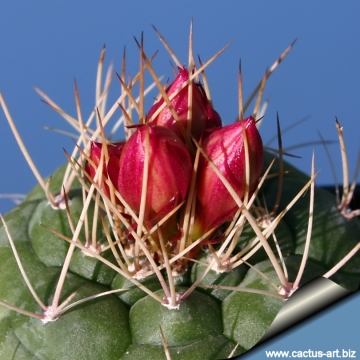 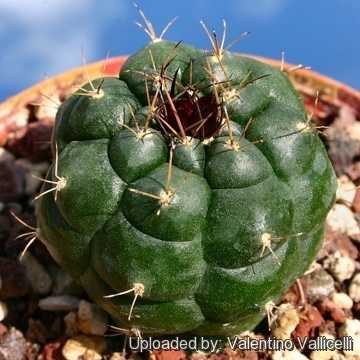 Cultivation and Propagation: Matucana oreodoxa grows slowly in its natural habitat, but in greenhouses or grafted it grows quickly, with tissues that are less firm.
Watering: It is noticeably sensitive to excess moisture, as the roots are prone to rot. Let the soil dry out between watering. Keep dry in winter.
Exposure: It benefit from a good light but not severe sunlight.
Soil: Grow in rich, porous soil. It needs good drainage.
Re-potting: Re-pot in the spring when its roots become cramped. Generally, it should be re-potted every other year, in order to provide fresh soil. However, this doesn't necessarily mean it will need larger containers. After re-potting, do not water for a week or more.
Special need: It is suited for airy exposures. Provide very good ventilation. Nearly all problems occur as a result of overwatering and poor ventilation, especially when weather conditions are dull and cool or very humid. It must be grown in a very dry atmosphere.
Hardiness: It likes warmth, recommended minimum winter temperature 5° C.
Pests & diseases: These cacti may be attractive to a variety of insects, but plants in good condition should be nearly pest-free, particularly if they are grown in a mineral potting-mix, with good exposure and ventilation. Nonetheless, there are several pests to watch for:
- Red spiders: Red spiders may be effectively rubbed up by misting the plants from above.
- Mealy bugs: Mealy bugs occasionally develop aerial into the new leaves and flowers with disfiguring results, but the worst types develop underground on the roots and are invisible except by their effects.
- Scales, thrips and aphids: These insects are rarely a problem.
- Rot: Rot is only a minor problem if the plants are watered and “aired” correctly. If they are not, fungicides won't help all that much.
Reproduction: From seed, since the plant rarely produces plantlets, or grafted. The seeds can be sown in pots of fine, well-drained sandy soil, any time during the spring when temperatures are warm. Cover the seeds with a fine layer of grit and water from below with a fungicide to prevent damping off. For the 1-2 weeks cover the pots with a sheet of glass/clear perspex to keep the humidity levels high. Remove the glass and replace it with light shade-cloth and mist once or twice a day for the next two weeks after which most seeds should have germinated. From then on mistings can be reduced to every second and then every third day as the little plants grow. The seedlings should not be disturbed until they are well rooted after which they can be planted separately in small pots. Sometimes it is grafted to avoid root rot problems as plants grafted on an hardy stock are easy to grow and no special skill is required.