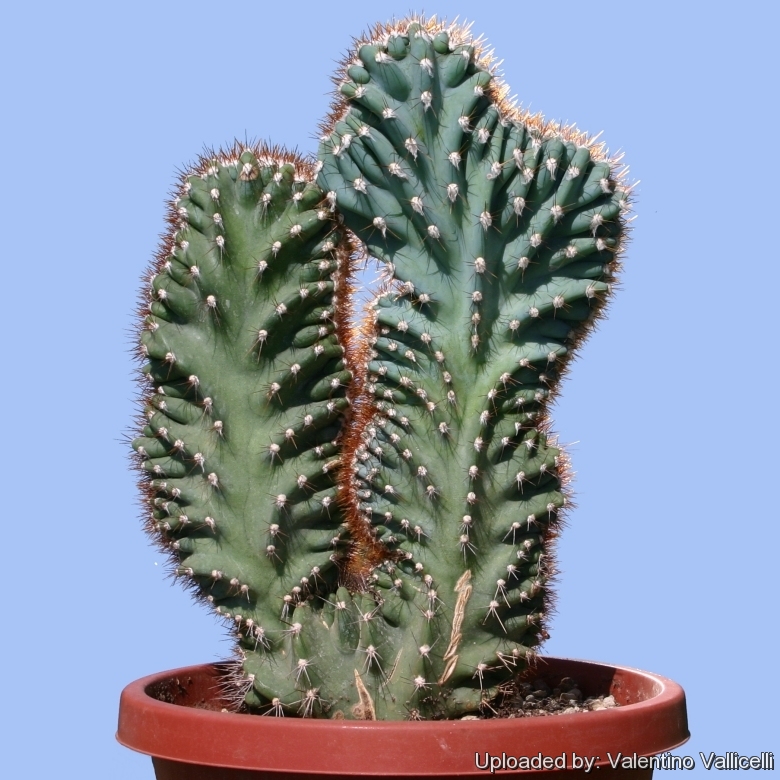 Cereus jamacaru f. cristatus Photo by: Valentino Vallicelli
It is a very decorative and strong crest.

Description: The typical Cereus jamacaru is a large, multibranched Brazilian tree cactus with wavy approximately 6-sided columns and sparse spines up to 10 m tall, that looks remiscent of a Saguaro cactus but thinner. The bluish-green colouring is also distinctly different. The crested form can also get very big making a spectacular specimen. 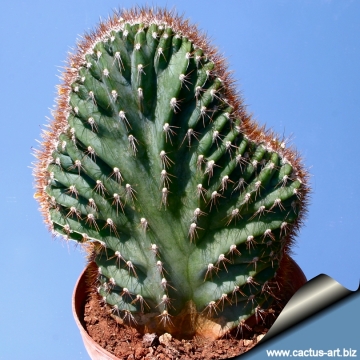 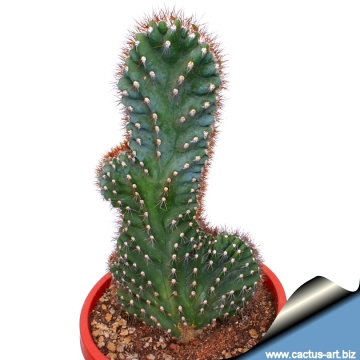 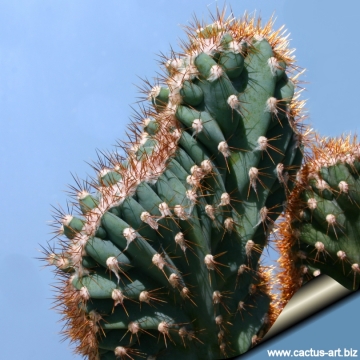