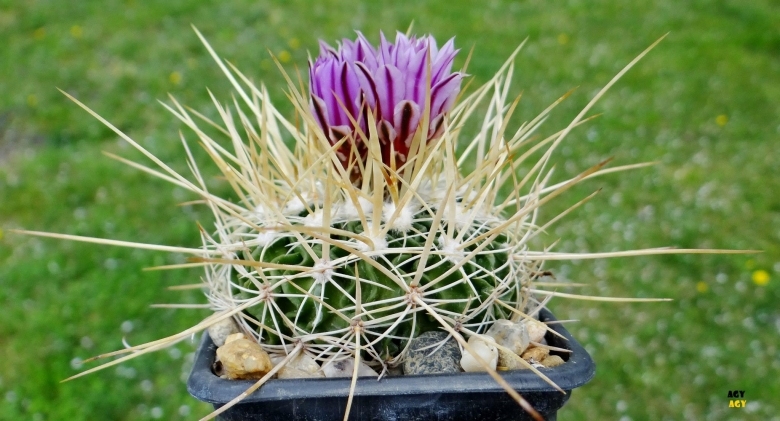 Origin and Habitat: Homeland these pretty plants are mainly Mexican state of Coahuila, Nuevo Leon, Tamaulipas, Queretaro, San Luis Potosi, Hidalgo and Zacatecas. The relatively large area of occurrence, along with a strong tendency to variability caused significant problems with the generic classification of individual plants of this species, and it is thus not possible to define either the spatial or systematic limits of the taxon (same as Stenocactus ochoterenanus?). There is much variation within the current taxon, some of which may correspond to other species.

Description: Echinofossulocactus rosasianus (Stenocactus) is a local or morphological form of the widespread and variable Stenocactus ochoterenanus. It has a dark green body with rather thin and undulate ribs, broader at the areoles. The body is covered by numerous, acicular radial spines. The 4 central spines are usually more or less terete and the plant body is generally obscured by the spination. The name Echinofossulocactus rosasianus is an invalid name (nom. nud.) and is not accepted by many botanists that treat it as synonym, but it still has a value for a collector because they identify plants with particular characters.
Stem: Solitary , globose, vivid green with a flat tops up to 8 cm tall, 10 cm in diameter.
Flowers: Pale to bright pink, 2.5 cm long.
Fruit: Greenish with whitish scales.

Subspecies, varieties, forms and cultivars of plants belonging to the Stenocactus ochoterenanus group 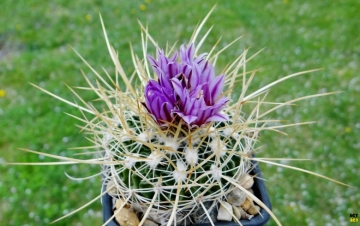 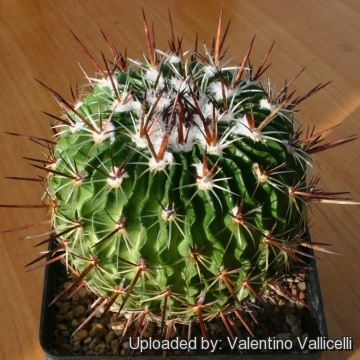 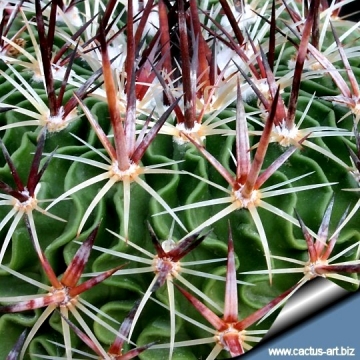 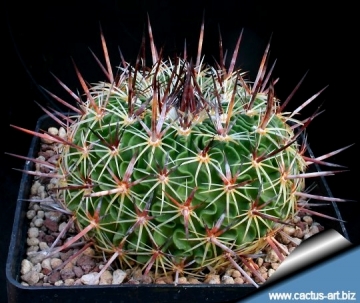 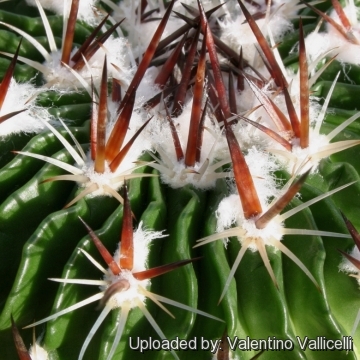 Stenocactus rosasianus Photo by: Valentino Vallicelli
Send a photo of this plant.

Cultivation and Propagation: Small growing and easy to to care and flower. Because of it’s small size makes a great potted plant specimen, great for beginning collectors. It needs regular cacti soil with good drainage.
Propagation: Seeds (usually) or by the shoots of adult plants (if available).
Exposure: need some direct sun but is tolerant and prefers light shade during the hot Summer months.
Whatering: Allow to dry between watering. Watering should be curtailed during the winter months.
Frost Tolerance: -5°C if kept dry.