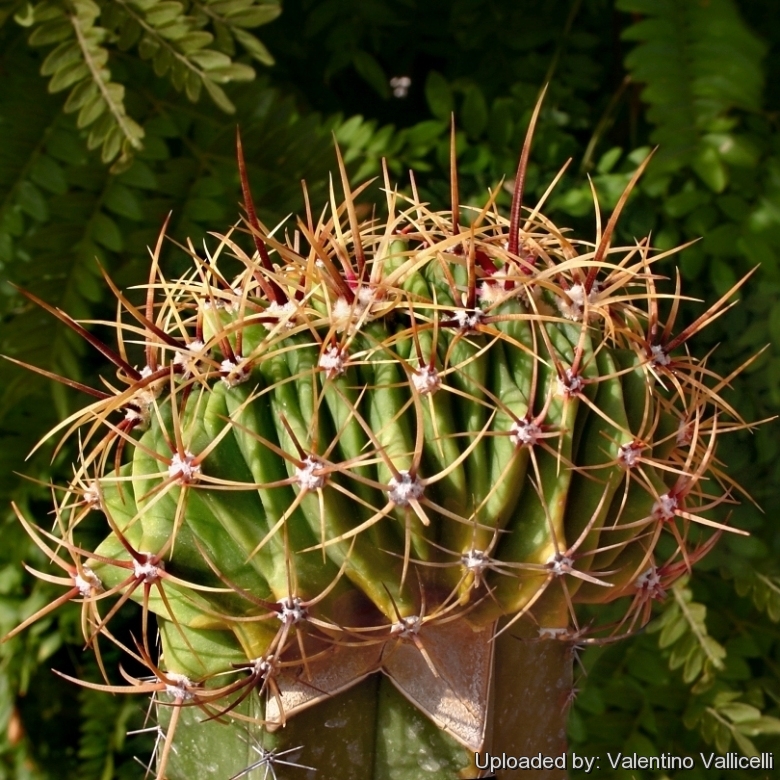 Description: Ferocactus hystrix is a very beautiful species, widespread in cultivation that forms a large barrel shaped specimen with time. This is a cristate form, producing very wide undulant fans topped with few (but fierce) yellowish/red spines. The cells at the tip of the branch where growth occurs begin to multiply at a much faster rate and the normal growing tip "goes crazy", creating fantastic fans with pronounced sculpture effects. Sometime the plant grows a fast growing cylindrical stem to reveal its origins. Crested Ferocactus can be found (although not common) in cultivation and some of these crested plants have a place in most collections. A large well grown crested Ferocactus is truly an achievement. These are harder to grow well than they appear. 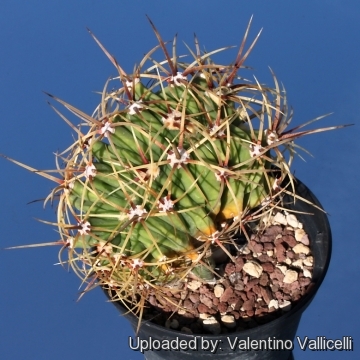 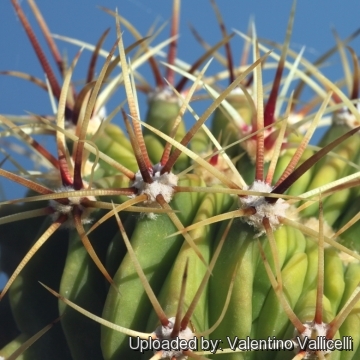 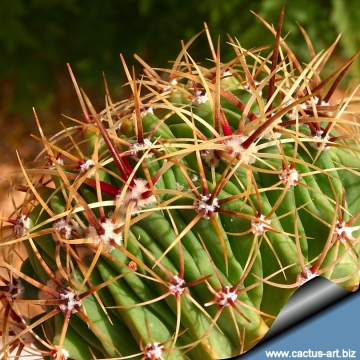 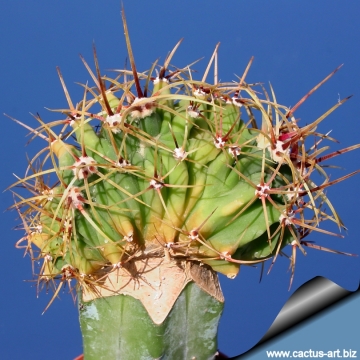 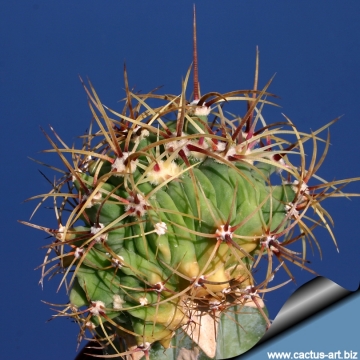 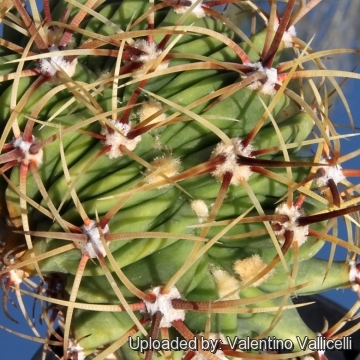 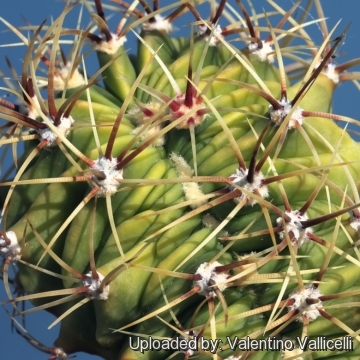 Cultivation and Propagation: It is of easy cultivation. Require full sun or half shade, but in the summer it is best to avoid direct sun during the hottest hours of the day (however it benefits of morning sun, that help to produce strong and colourful spines). The plants on their own roots should be kept in a deep pot with a very draining mineral substrate. But be particularly careful with watering, which all crested plant require (rot sensitive). Keep dry during the winter rest. Since they are rapid growers, and need plenty of space for their roots, repotting should be done every other year or when the plant has outgrown its pot.
The grafted plants are easy to grow and will form a large specimen with age. Watering during the active growing season (spring and summer); this will encourage steady growth, and prevent the crest from becoming flabby.