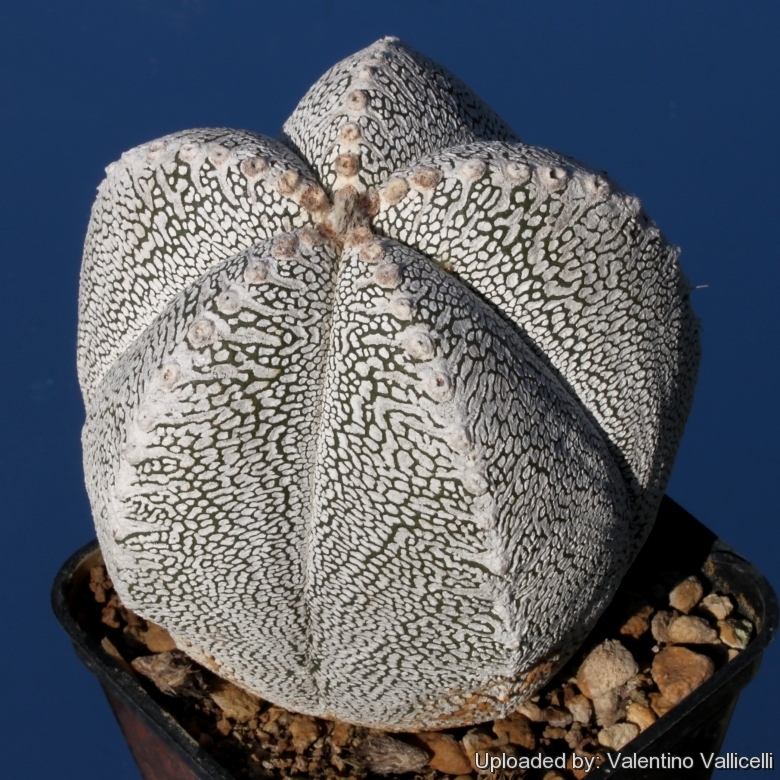 Description: Astrophytum myriostigma is a quite variable species and several breeds do exist. The "Onzuka" is probably the most beautiful, sought after and attractive of all.
The cultivar 'ONZUKA' (In Japanese speaking "Onzuka Ranpo-gyoku") has snowy-white, heavily speckled epidermis with fabulous markings much like the ‘kabuto’ asterias. The white marking varies considerably from plant to plant and there exist an enormous number of different designs, and also plants change their appearance in age and they are full of surprises as they grows.
It was created somewhat by chance in Japan around 1974-1977 by Mr. Tsutomu Onzuka (Hence the name).
He intended to cross a three-ribbed Astrophytum myriostigma with Astrophytum myriostigma var. nudum. Subsequently, over several generations of repeated backcrossed of the the offspring he obtained, unexpectedly, some strange A. myriostigma characterized by large white dots. It has been called 'ONZUKA.' The columnar shape of the older Onzuka comes almost certainly from the tulense variety, a character that should be present in one of its parents. 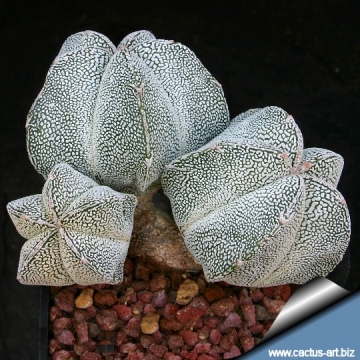 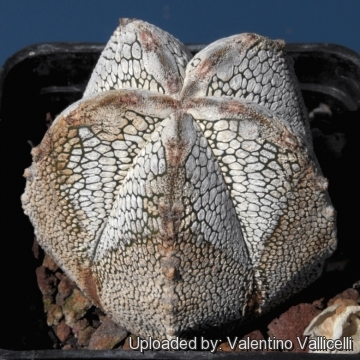 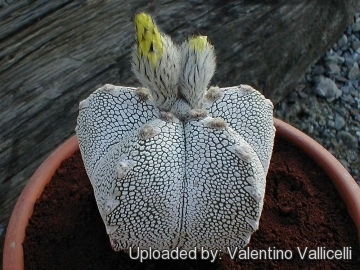 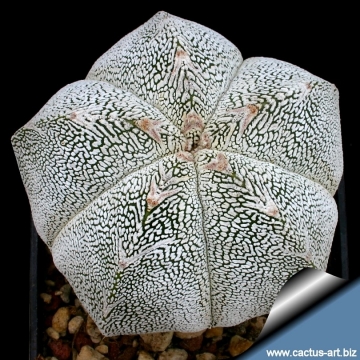 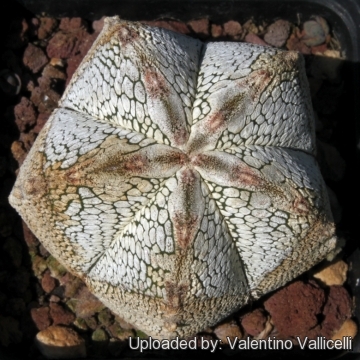 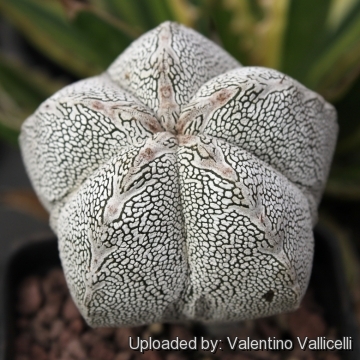 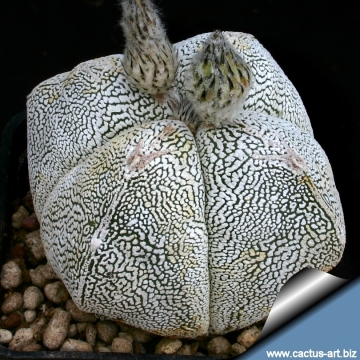 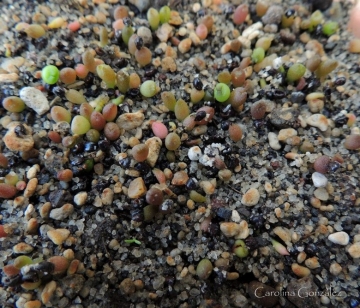 Cultivation and Propagation: Although regarded as a choice and difficult plant in cultivation it is relatively easy to grow. It is sometime seen as a grafted plant but grows very well on its own roots too. Use mineral well permeable substratum with little organic matter (peat, humus). Water sparingly from March till October and keep perfectly dry in winter at temperatures from 5 to 15 degrees centigrade. (but it is Hardy to -7°C for short periods) In the rest period no high atmospheric humidity!! Sun Exposure: Light shade to full sun.
Be careful: The epidermis of ONZUKA is harder than in the normal myriostigmas and cracks easily if plants are overwatered.
Propagation: By seeds, remembering that seedlings dislike strong light and dry conditions and need to be repotted frequently. Eventually, as they become mature, they attain a maximum size of 8-10 cm (20) cm in diameter. However, old plants become senile and have a tendency to succumb to disease and a weak root system. At this stage, as is well known, they die suddenly. So, after they reach 10 cm in diameter grow them slowly, and adopt a new repotting period, using intervals of every 2 - 3 years. Additionally grow them under drier conditions or with stronger sunlight.
But plants are often grafted to accelerate growth as they would generally take at least a five years to reach maturity on their own, but the grafted plants are typical rather tall growing, compared with plants on their own roots that are usually more flat to the ground.