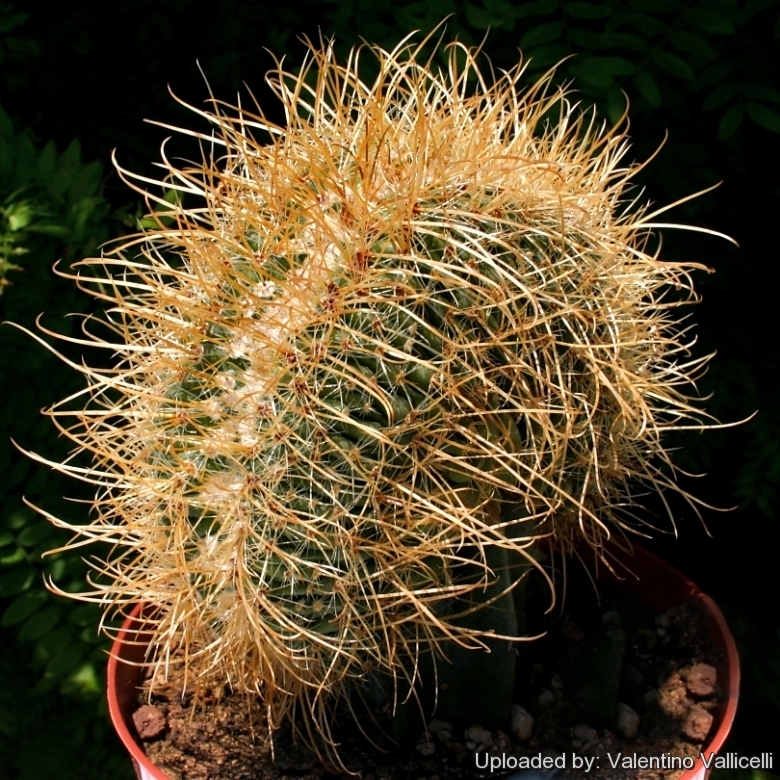 Description: The typical Parodia maassii is a spherical cactus covered with long, curved, dense, and variably coloured spines. In particular the central spines are strong (measuring between 3 and 7 cm). They are yellow on the upper part of the plant, and go upwards. In older parts they become clear yellow, and go downwards. The crested form is very rare, and particularly sought after for its armament of long hooked spines. Also this crest gets quite large, making a spectacular specimen.
Stem: Mid-green to intense green color, up to15 cm. wide, with the apical part densely covered with white wool.
Ribs: 13- 21, chinned and arranged in spiral.
Areoles: Big and woolly at first, but they become naked with age.
Flowers: Funnel-shaped, large coppery-yellow or orange, but they can also be carmine or red with an orange center. 3 (or more) cm across. 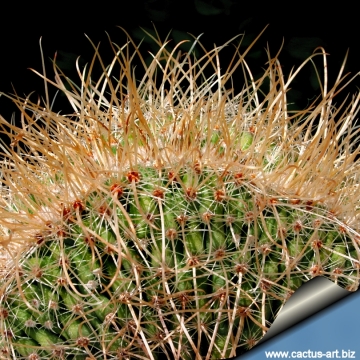 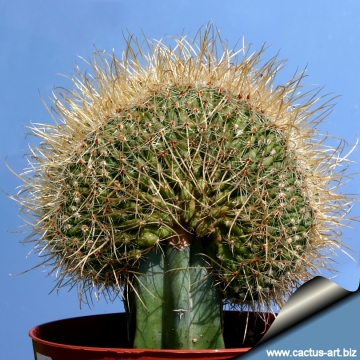