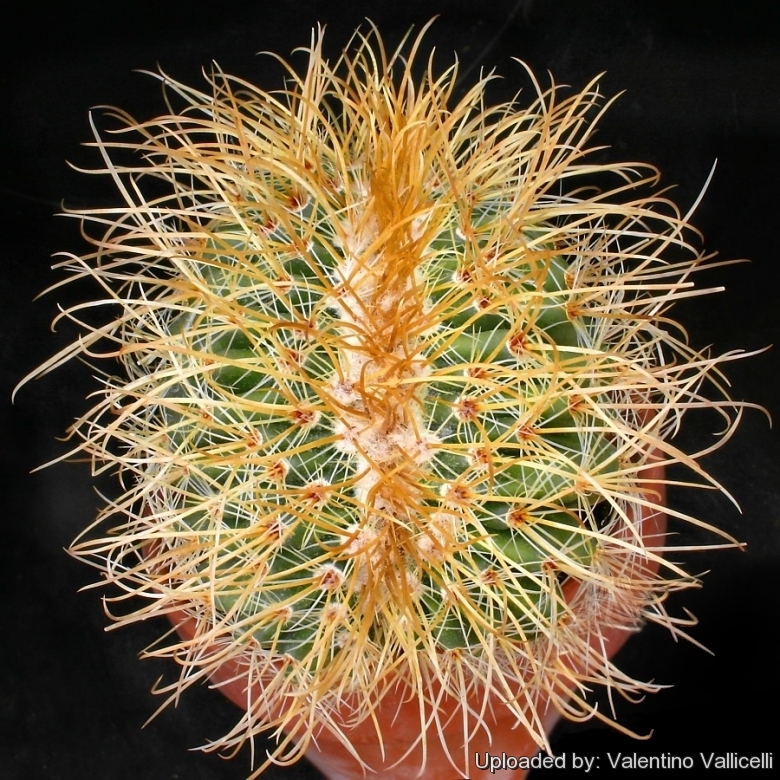 Parodia maxima f. cristata Photo by: Valentino Vallicelli
It is a beautifully, spiney cactus with extra long yellow central spines. The crested form is quite a stunner!

Origin and Habitat: Garden origin (Nursery produced cultivar) The wild typecomes from the high mountains from Carrizal to Oroya in Bolivia.

Description: Parodia maxima is one of the innumerable form of Parodia maassii which is one of the most widespread and morphologically variable taxon. It is a globular cactus distinguished from the type species for its longer cream to straw-yellow hooked spines and yellow flowers. As its name suggests, this is one of the largest forms, which in time will make an impressive plant. The crested form Parodia maxima f. cristata - despite to its beauty - is still very rare and sought after by collectors, for its long and showy central spines.
Stem: Fan shaped, flattened on top, depressed along the line meristem, mid-green to intense green in colour, up to 15 cm thick, with the apical part densely covered with white wool.
Ribs: Chinned.
Areoles: Big and woolly at first, but they become naked with age.
Spines: Curved, dense, and variably coloured.
Radial spines: 8-10 (or more). Usually creamy-white, yellowish or amber at first and white later, 5-10 mm long, opened on the outside and a little curved inwardly.
Central spines: 1-4 (or more), strong, up to 7 cm long creamy-yellw to straw coloured and go upwards. In older parts they become greyish, and go downwards.
Flowers: Funnel-shaped, large usually yellow, 3 (or more) cm across.
Blooming season: Spring and summer, they usually appear one by one in succession. 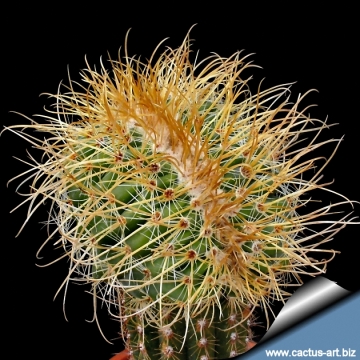