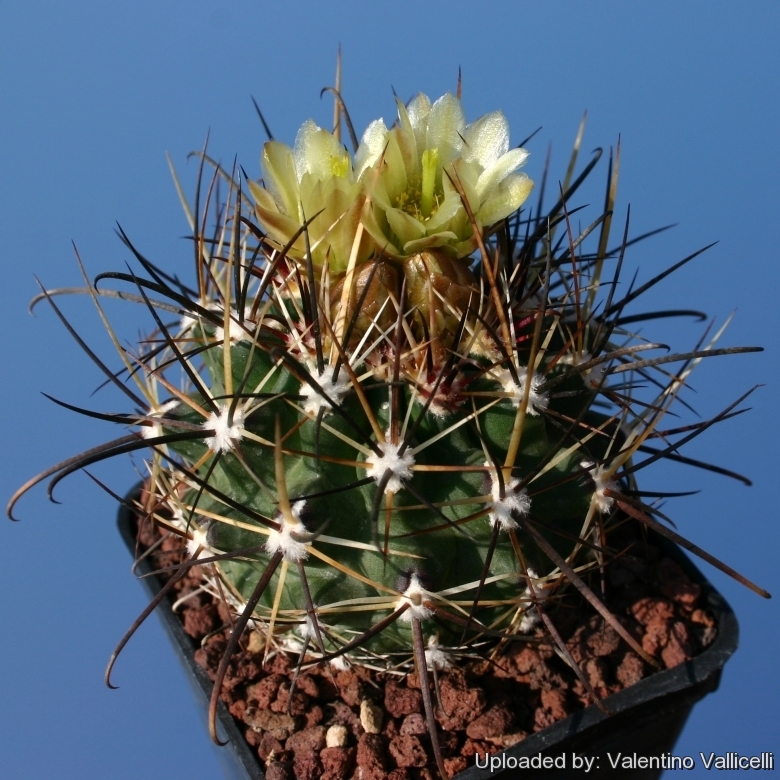 Origin and Habitat: This plant occurs in Northern Arizona, northwestern New Mexico, extreme southwestern Colorado, and extreme southeastern Utah, United States. The population size is of thousands of individuals.
Elevation Range: 1500 to 2500 meters above sea level.
Habitat: Gravely, sandy or clayey hills, canyon rims and mesas, desert grasslands, sagebrush or saltbush flats, desert shrub and pinyon-juniper communities, sometime along with Pediocactus knowltonii and Echinocereus coccineus. It is usually found singly under small bushes and is easily overlooked except when in flower. This species is very cold hardy and withstand temperatures as low as minus 23° C. It is snow covered for several month in winter.
Sclerocactus whipplei has a wide range, is abundant, and occurs in protected areas, however, worth noting that part of the range where two subspecies occur is highly threatened. Grazing, oil and gas exploration are major threats to this species.

Subspecies, varieties, forms and cultivars of plants belonging to the Sclerocactus whipplei group 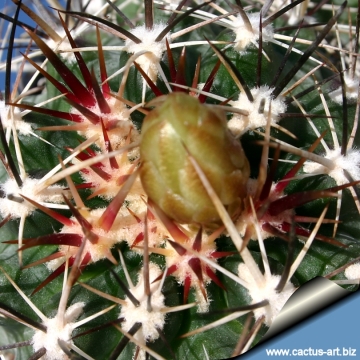 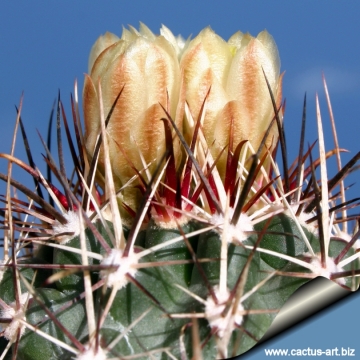 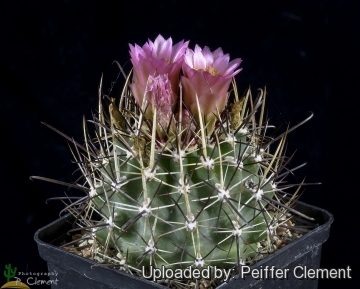 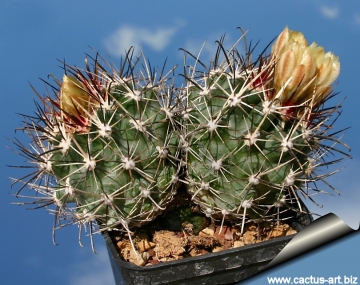 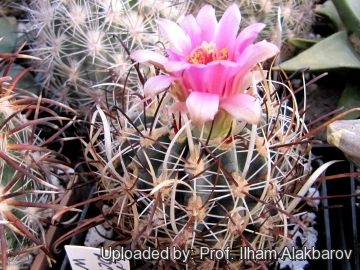 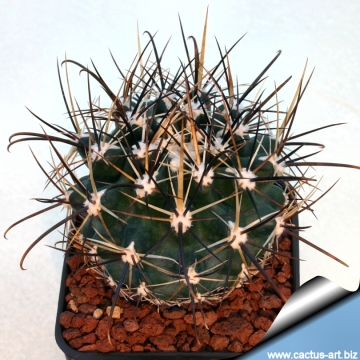 Cultivation and Propagation: Rarely seen in cultivation, needs perfect drainage, it is quite difficult to grow on its own roots and to propagate. Mature individuals easily rot and die.
It is indispensable to provide a greenhouse with good ventilation and a full sun exposure. Keep totally dry during winter; it can tolerate temperatures below zero (-20° C). Plants grafted on hardy Opuntia compressa stock are quite easy to grow and no special skill is required. In the spring fertilize periodically, adding a specific fertilizer. Fertilizers for succulent plants must be rich in potassium, but poor in nitrogen, to avoid the plants developing excess vegetation, which is easily attacked by fungal diseases. Water moderately during the growing season, keeping the soil dry for a few days before watering again.
Propagation: Seeds are extremely difficult to germinate (only 2-3 percent of seeds germinate) The germination is really difficult and if some seedling finally sprout, as they start to grows they disappear one by one. Grafting is often used to speed growth rate and to create a back-up for plants in collection.