Echinopsis cv. Chamäleon Photo by: Valentino Vallicelli
A flower in the first day. The blooms with rounded petals reach 14 cm in diameter and usually endure for two days.

Description: The name of this Trichocereus hybrid derives from the fact that the flowers discolour the on the second day. They are tender pastel red-orangish-pinkish on the first day while on the second they became clearly pastel-pink, throat is dark green, filaments fuchsia, anthers and stigma are a clear pastel. Growth is sturdy thick columnar type growth. 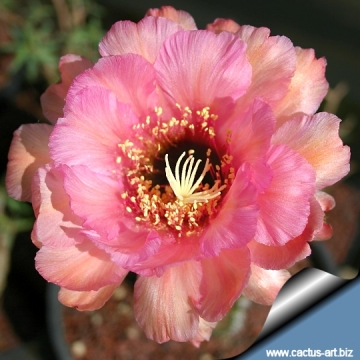 The flower on the second turns to a pink to violet tinge. Photo by: Cactus Art 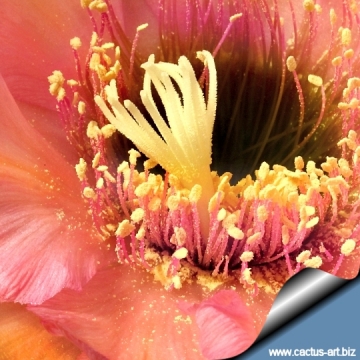 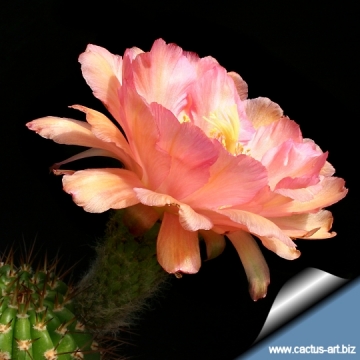