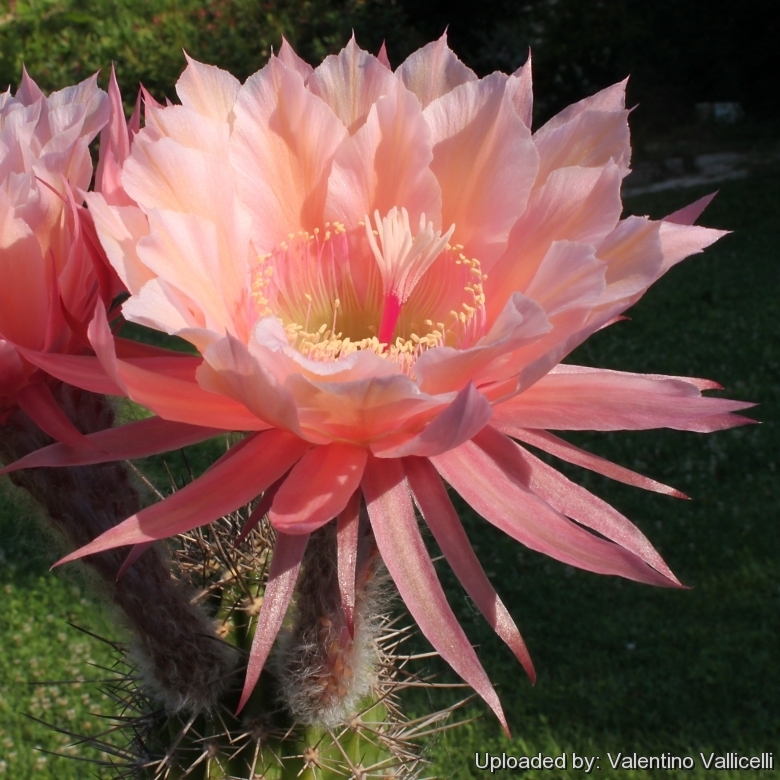 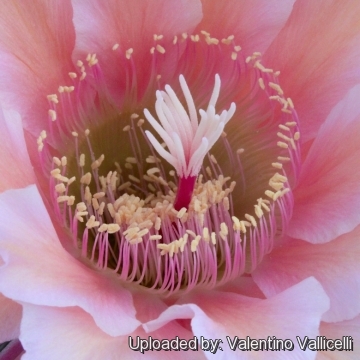 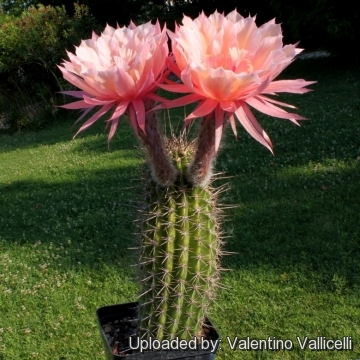 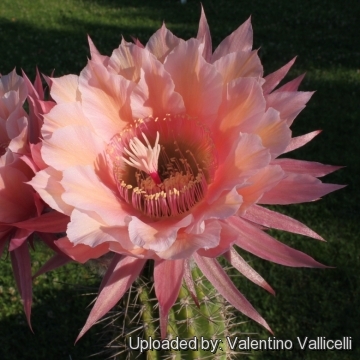 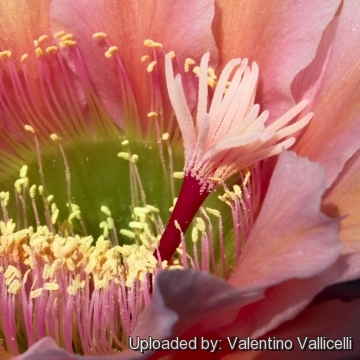 Cultivation and Propagation: Trichocereus hybrids are very easy to grow and cold tolerant, as low as -5°C (or less depending on clone). They need a fertile, well drained soil mix. Water the plants well and allow them to dry before watering again. This cultivars seem to do better with a little more water than most cacti. In fact, their cultivation requirements are really more like 'normal' plants than most other cacti. During the growing season fertilize them monthly with a balanced fertilizer
Sun Exposure: Outside full sun, but during hot summers the cactus are subject to sun burning, so grow them in light shade. Inside they need bright light, and some direct sun. During winter months, put them in a cool luminous place and encourage them to enter winter dormancy by withholding water and fertiliser over the winter, as they will etiolate, or become thin, due to lower levels of light. They are susceptible to fungal diseases if overwatered, but are not nearly as sensitive as many other cacti, especially in warm weather. They tend characteristically towards black rotted spots unless watering is moderate and only in hot weather. If kept damp through cold periods, they will invariably suffer.
This plants produces large amounts of growth each year if kept well fed and watered throughout the warmest months, particularly if they have been acclimatised to accept full sun. Once these cactus are established they can easily produce 10cm (or more) of growth every year.
Propagation: By cutting.