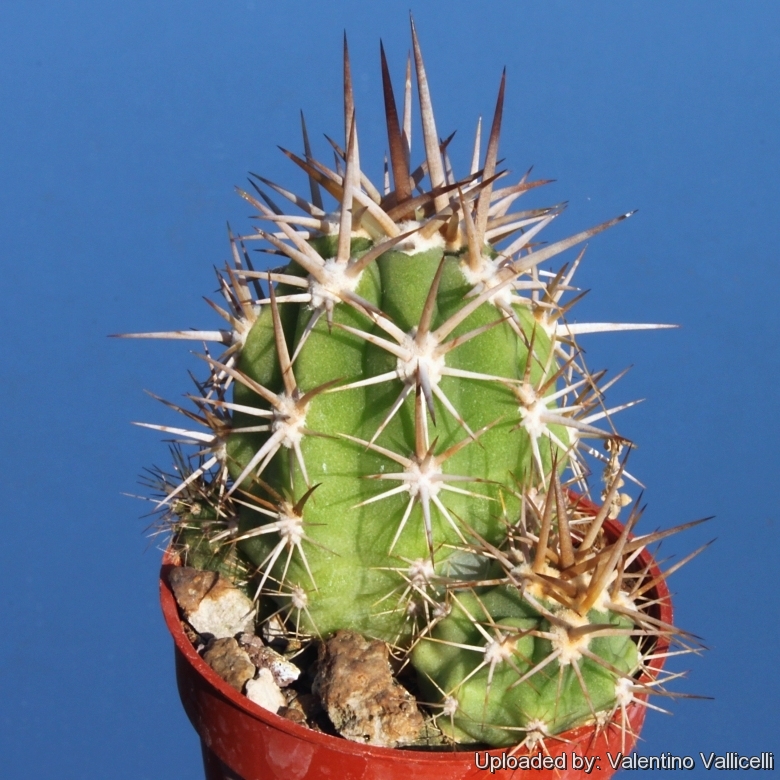 Description: Echinopsis chiloensis var. panhoplites previously known as Trichocereus chiloensis var. panhoplites is very much like that of standard Echinopsis chiloensis but shows young spines almost black and central spine very long. The fruit and seed are similar to those of the other Varieties. Nowadays this plant is not considered a distinct variety but only one of the variable phenotypes of this this clinal species.
Growth Habits: It is a fiercely spiny cactus that develops into a shrub or small tree.
Stem: Rarely single, usually of several branches, sometimes of many, arising from near the base, starting nearly at right angles to the main trunk but soon erect, up to 8 m tall, stems 10-12 cm in diameter.
Ribs: 10 to 17 low and broad, separated by narrow intervals, divided into large tubercles even when fully mature.
Areoles: Large whitish, 2 cm apart.
Spines: Young spines almost black, stout, at least when young, greyish later.
Central spines: 1 to 4 centrals, porrect, 5-12 cm (or even 25 cm long).
Radial spines: 8 to 12 , up to 4 cm long.
Flowers: Flowers open during the day, white, 14 cm long, outer perianth-segments white but tinged with red or brown; inner perianth-segments white, acuminate.
Sun Exposure: Outside full sun or afternoon shade, inside needs bright light, and some direct sun. 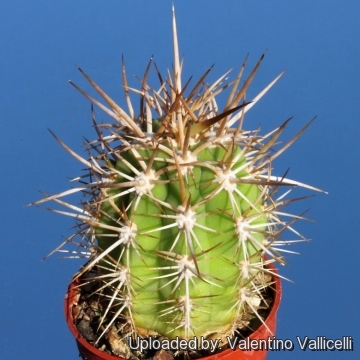