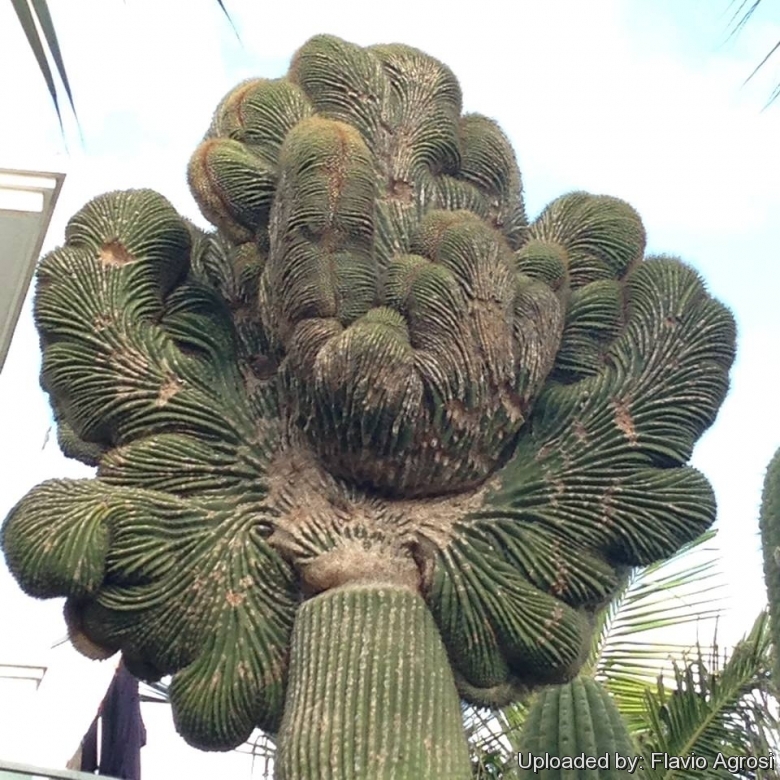 Origin and Habitat: Mexico (endemic to a small area in the state of Guanajuato, Hidalgo, Querétaro, San Luis Potosí)
Habitat: The Neobuxbaumia polylophas grow in limestone canyon wall, where they emerge majestically from the thorny forest, in this area there are several columnar species.

Notes: The cause of cresting is not fully explained; biologists disagree as to why some plant grow in this unusual form. Some speculate that it is a genetic mutation. Others say it is the result of lightning strike or freeze damage, but whatever the stimulus, the growth point of the stem has switched from a geometric point, to a line, which folds and undulates as the crest expands. Though these crested Neobuxbaumia are somewhat rare (1 in 250,000), cresting occurs naturally, and can be encountered in many other cactus species.
In the ontogenesis a crest can appear any time, but development of crests on large columnar cactus species ( such as the saguaro Neobuxbaumia polylopha) in the early stages of ontogenesis is unlikely. On the other hand, small species may crest early already at the cotyledons stage. 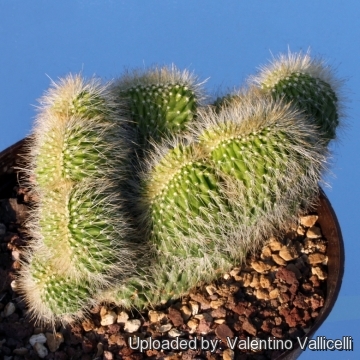 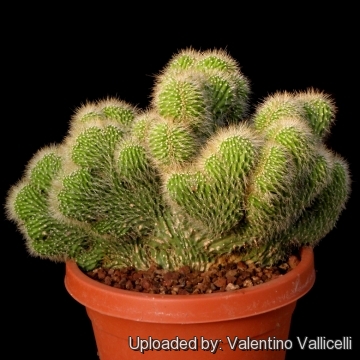 - A large well grown plant is truly an achievement. Photo by: Valentino Vallicelli 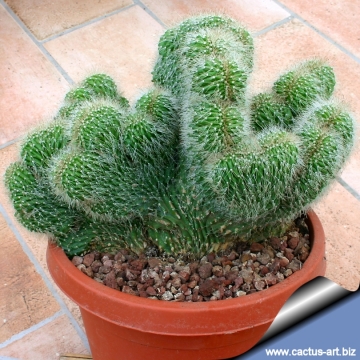 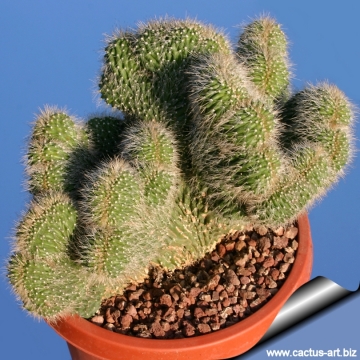 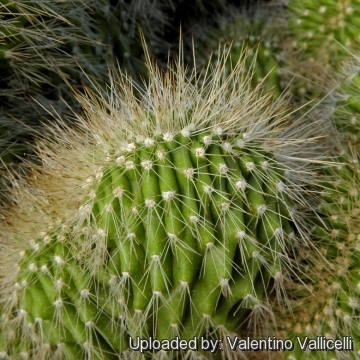 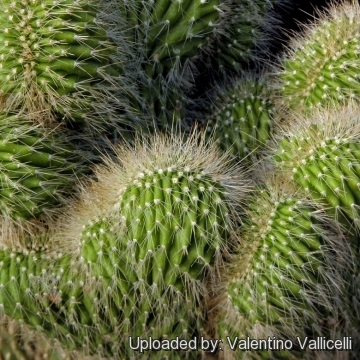 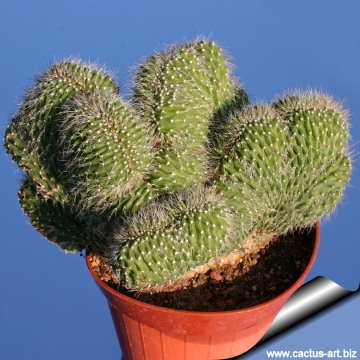 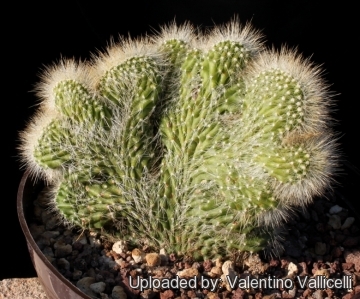 Cultivation and Propagation: Neobuxbaumia are of easy culture and can grow 15-20 cm a year. They are cold intolerant. Make sure they are not exposed to freezing temperatures ( Hardy to -2°C) or they may die. They need a well drained soil mix. It appreciates abundant water during the summer and, during its growing period but allow to dry fully before watering again, it is possible to add a fertilizer 6-6-18 from time to time. During the winter months they should be rather kept dry. Since they are rapid growers, they need plenty of space for their roots. Repotting should be done every other year, or when the plant has outgrown its pot. Sun Exposure: Light shade when young, full sun later. In mild climate they can be grown in rock gardens in full sun, in dry and sandy soils.
Propagation: Usually propagated by grafting or from cuttings in spring (let them dry till the ends callous well). Then replant them in fresh cactus soil that is ever so slightly moist, and keep it that way till they root)