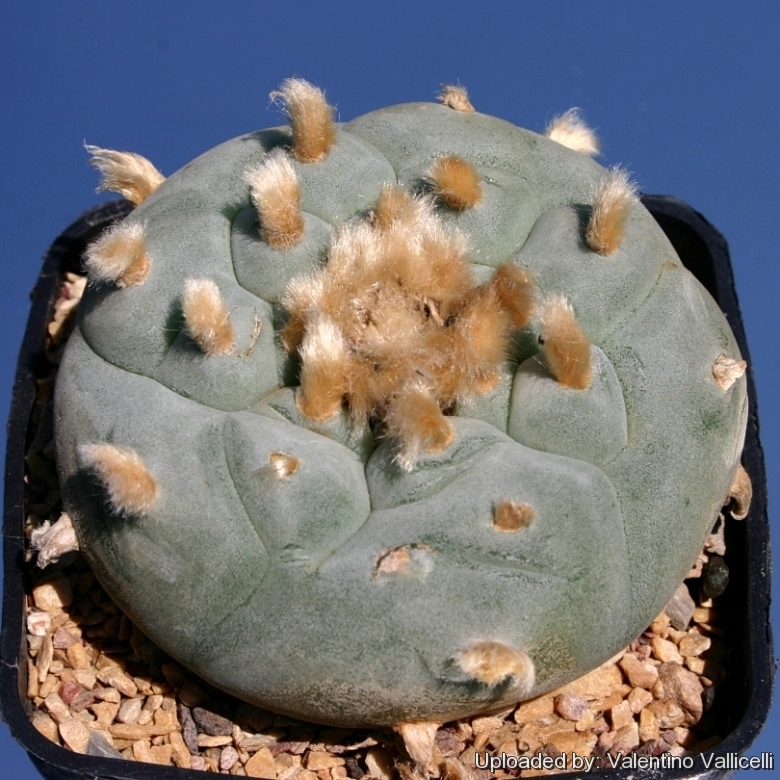 Origin and Habitat: Grows in an area that stretches from from the Chihuahuan Desert to the South Texas Plains, on either side of the middle and lower Rio Grande River, southward to the Mexican state of San Luís Potosí. Extensive stands of peyote occur on the low, rocky hills in Starr, Zapata, Webb, and Jim Hogg counties of southern Texas.
Habitat: Grows isolated or in groups usually in calcareous deserts, on rocky slopes, or in dried river beds.

Description: Lophophora williamsii var. texana (texensis) is the phenotype from the Texas area (USA), this local form has very grey pruinose stems with numerous flat ribs (up to 14 in adult specimens). In cultivation forms beautiful long tuft of wool from the areoles. 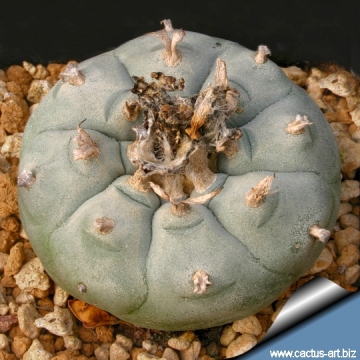 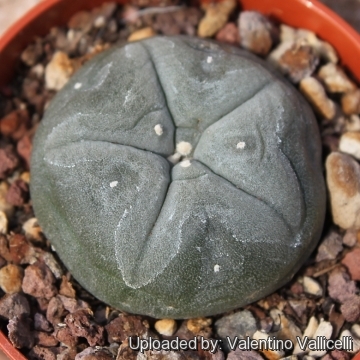 Cultivation and Propagation: Slow growing. Because of the tap root they are very rot prone, so use highly gritty compost with much drainage. Requires half shade to part sun. Watering: waterings should be rather infrequent to keep the plant compact and not to become excessively elongated and unnatural in appearance, watering it properly is often difficult because this plant tends to crack open or rot if over-watered. The fact that the plant retracts into the soil and assume a grey-green colouring between watering, is perfectly natural and doesn’t cause any damage.
Overwatering: Keep completely dry and cool in winter (An unheated greenhouse would be perfect) or when night temperatures remain below 10° C, it can survive low temperatures (appr. -7°C) for a short period. Assure a good ventilation.
Propagation: Easy to propagate from seed.