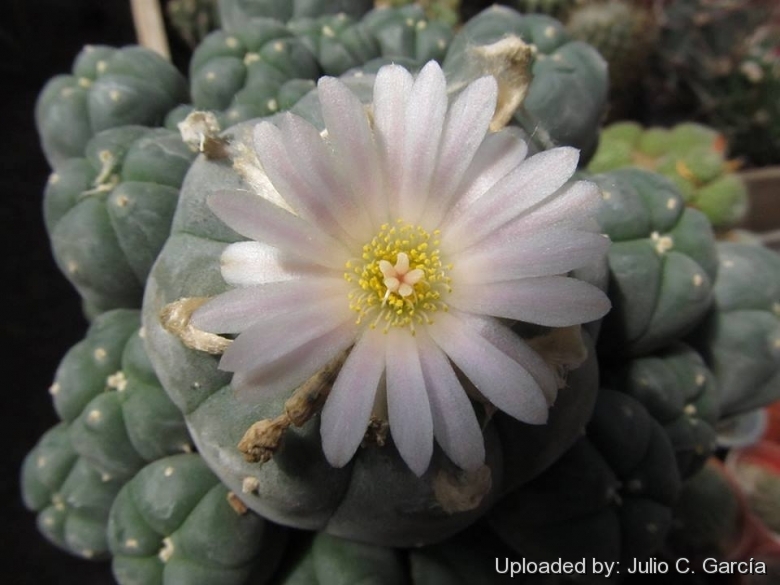 Origin and Habitat: Solitary and clumping (caespitose) "Lophophora williamsii" are both present in habitat and grows in an area that stretches from from the Chihuahuan Desert to the South Texas Plains, on either side of the middle and lower Rio Grande River, southward to the Mexican states of Chihuahua, Coahuila, Durango, Nuevo León, San Luis Potosí, Tamaulipas, Zacatecas.

Description: The Latin word "Caespitosa" means “growing in tufts”” or “densely-clumped”, refers to the dense tufts of stems. This name is used to indicate a number of clones of horticultural origin characterized by a more or less accentuated production of axillary shoots that in age grow and form huge cushions. The plants called “caespitosa” are vegetatively reproduced and are often hybrid.
Remarks: In the wild habitat solitary and clumping plants are both present and It is not a rare event to find a caespitose seedling in the seedling tray among the more common single headed plants. Some of the caespitose clones produce dozens (or hundreds) of very small shoots each of them never reach the dimension of a flowering plant, thus they are sterile and can be reproduced exclusively by cuttings. Other clones have bigger heads and can produce flowers and seeds. 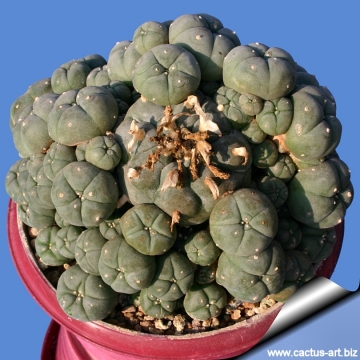 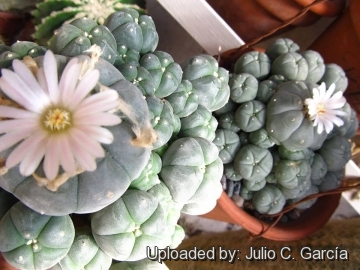 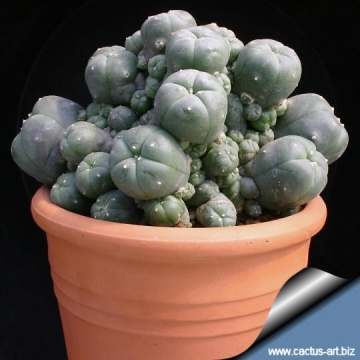 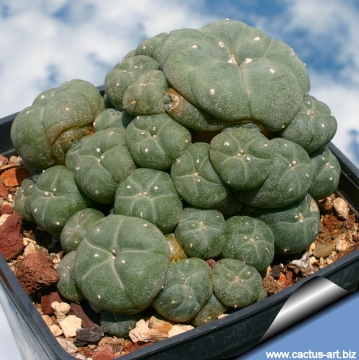 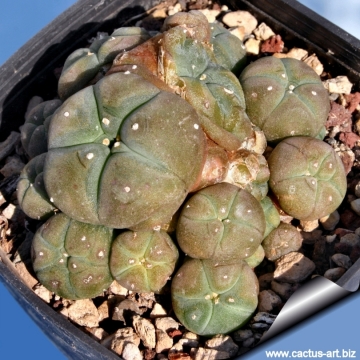 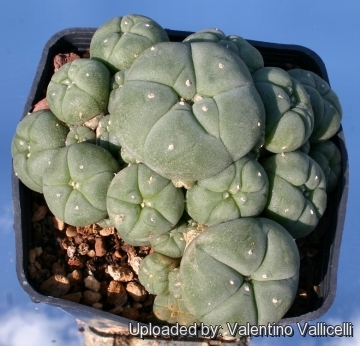 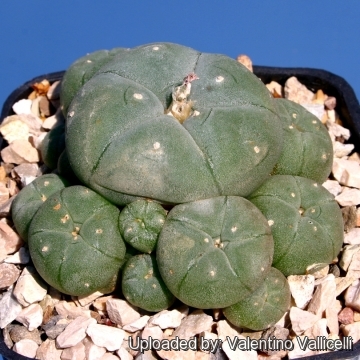 Cultivation and Propagation: Slow growing. Because of the tap root they are very rot prone, so use highly gritty compost with much drainage. Requires half shade to part sun. Watering: waterings should be rather infrequent to keep the plant compact and not to become excessively elongated and unnatural in appearance, watering it properly is often difficult because this plant tends to crack open or rot if over-watered. The fact that the plant retracts into the soil and assume a grey-green colouring between watering, is perfectly natural and doesn’t cause any damage.
Overwatering: Keep completely dry and cool in winter (An unheated greenhouse would be perfect) or when night temperatures remain below 10° C, it can survive low temperatures (appr. -7°C) for a short period. Assure a good ventilation.
Propagation: Easy to propagate from cuttings in spring (let them dry till the ends callous well). Then replant them in fresh cactus soil that is ever so slightly moist, and keep them that way till they root.