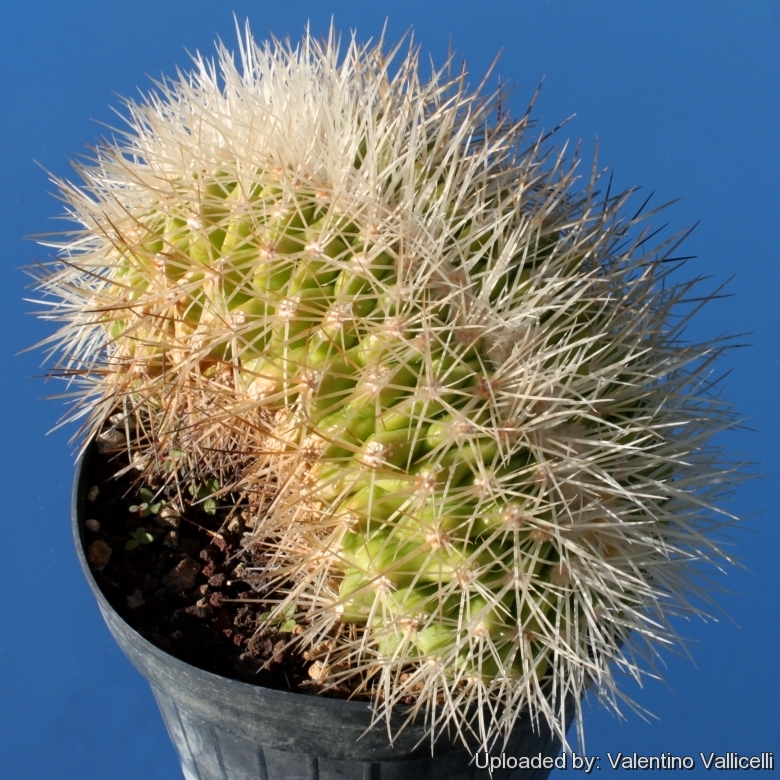 Description: The typical Echinocactus grusonii "albispinus" (white spined form) is a strong bright white spined mutantant of the well known "Golden barrel cactus" that - except for the spines - it is identical in shape and size to the standard species. The standard form is very popular and widely grown, while the beautiful white spined crested variant is still rare in cactus collection. This crest can also get very big making a spectacular specimen.
Habit: Echinocactus grusonii is a solitary globe-shaped cactus that became elongated (barrel-shaped) in maturity, up to 90 cm (180 cm) in height and spread. It sometime offset with advanced age and a few multiples occur even at small sizes.
Stem: Pale green and heavily ribbed with numerous areoles sprouting radial, yellow spines (bright white in the var. albispinus).
Flowers: Flower are diurnal, vivid yellow (4-5 cm wide) and form a circular ring at the top of the plant, but are not very visible being small in relation with the size of the barrel, and lost into the creamy coloured wool at the plant apex.
Blooming season: Flowers are produced from end of spring to summer only on larger mature specimens receiving enough full sun.
Remarks: The juvenile Echinocactus look quite different from the mature specimens. In fact as the other Echinocactus and Ferocactus seedlings, the rib structure is not yet apparent, and they have pronounced tubercles making them look superficially like Mammillarias. 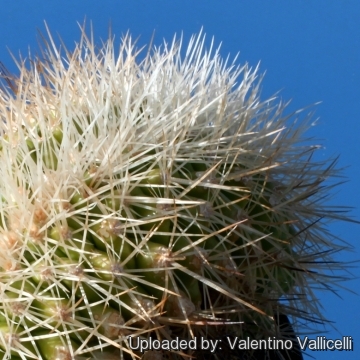 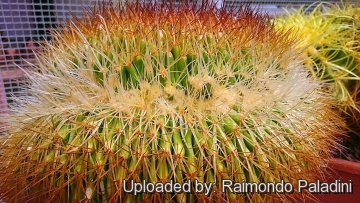 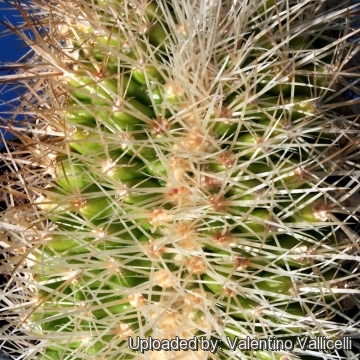