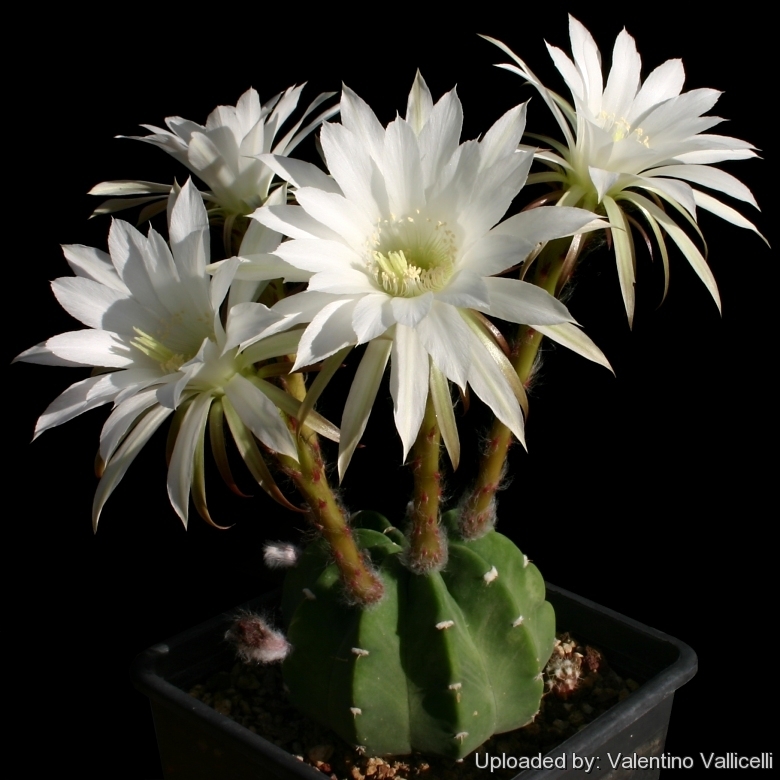 Origin and Habitat: Bolivia (Santa Cruz, Tarija, Chuquisaca) and (maybe) Paraguay.
Altitude: 600-1800 metres above sea level.
Habitat: This species grows in many habitat types, such as grasslands, shrublands, and forests. The major threats to this species are urbanization, agriculture and extraction for ornamental use.

Description: Echinopsis subdenudata is a globular, almost spineless or with very short cream spines that produces splendid night-blooming, white fragrant flowers up to 22 cm long. It is generally included within (as a synonym of) Echinopsis ancistrophora, suggesting that there is not really a fundamental difference between the two. The key difference by which this species was separated, namely: its much shorter spines (less than 2 mm long) almost concealed among the felt of the areoles appears to fall within the natural variation of Echinopsis ancistrophora and it should be synonymized with the latter. It is at most a race of Echinopsis ancistrophora, but it still has a value for a collector because they identify plants with particular characters.
Stem: Solitary or offsetting from near the base, globose, grey-green, depressed apically, 5-8 cm tall, 7-12 cm in diameter (often elongate and up to 30 cm high in cultivation)
Ribs: 8 to 12, very acute, slightly notched.
Areoles: Small, cream coloured, transversely elliptical, to 1.5 cm apart.
Spines:Almost spineless or with very short cream or greyish brown spines, often hidden by areolar wool. Central spine one, directed upward, to 2 mm long. Radial spines 3-7, swollen
basally, to 1.5 mm long.
Flowers: These cacti produce gorgeous, night-blooming flowers borne near the stem tips. They are fragrant, white (or very light pink), narrow funnel-shaped, with long, slightly curved tubes 15-22 cm long. Old plant may have many flowers at a time.
Blooming season: This species blooms from late spring to all summer long, the flowers open on the morning of the first day and remain opened all the night long but last only one day in full beauty, at the second day they start to wither. 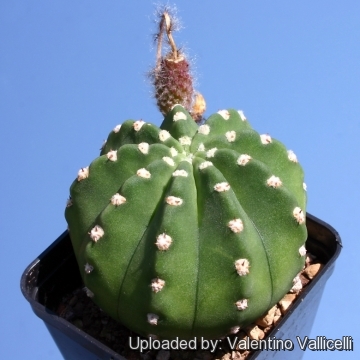 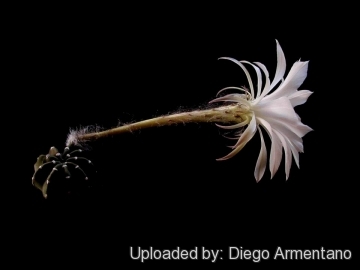 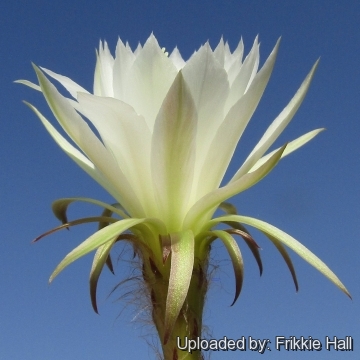 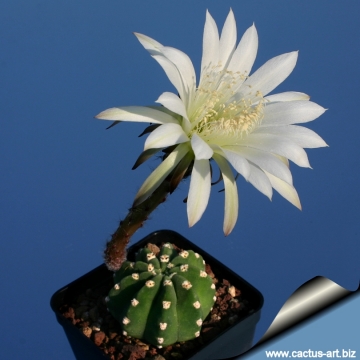 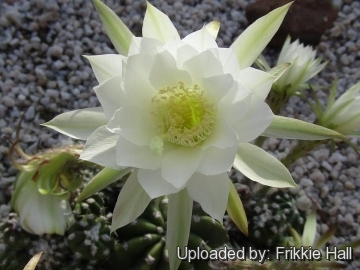 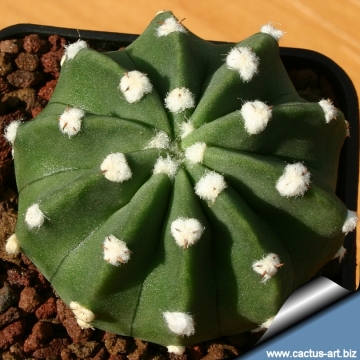 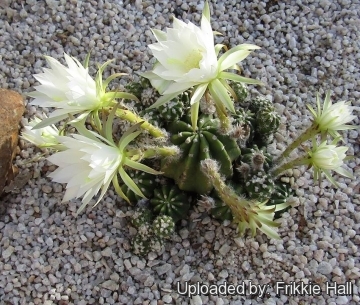 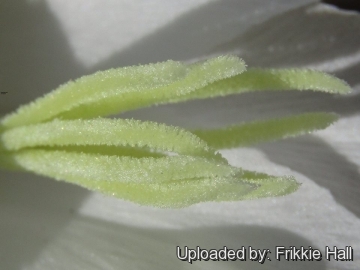 Cultivation and Propagation: The Easter Lily cactus is a summer grower species that offers no cultivation difficulties. Water regularly in summer (but do not overwater ) needs good drainage and very porous soil, keep rather dry in winter. Feed with a high potassium fertilizer in summer. It is quite frost resistant if kept dry (hardy to -7° C). Need a bright exposure, full sun or half shade in summer.