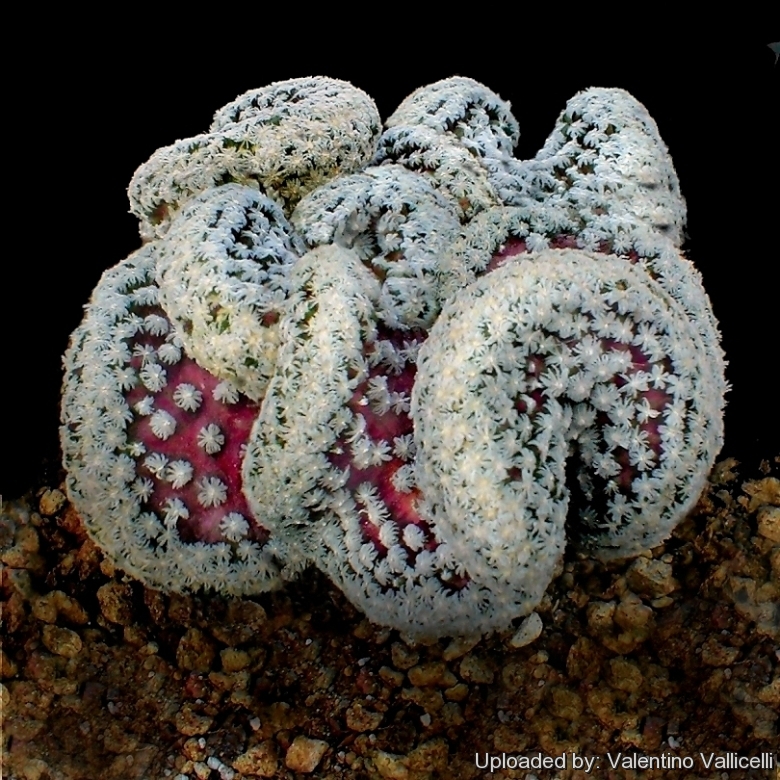 Mammillaria theresae f. cristata Photo by: Valentino Vallicelli
It is immediately recognisable by its plumose spination. Very distinctive even without flowers.

Origin and Habitat: Garden origin (Nursery produced cultivar). The odd crested forms are extremely rare and may appear both on seedling batches in a very small percentage and in habitat too.

Description: Mammillaria theresae is a well known tiny geophytic cactus with huge pink blossoms. The crest form (Mammillaria theresae f. cristata) - despite to its beauty - is still very rare and sought after by collectors, for its unique features.
Habit: It is a small low growing crested cactus that will slowly forms tangled groups up to 20 cm in diameter.
Stem: Fan-shaped, about 2 cm in width, olive green, with magenta-red tint. Without latex.
Tubercles: Small, cylindrical/conical.
Radial spines: 22-30, plumose, pinnated, translucent, white to yellowish white, up to 2 mm long, forming little spines clusters.
Central spines: Absent.
Roots: Strong taproot.
Flowers: Crocus-like, funnelform, pink, unusually long-stemmed for a Mammillaria (3,5 cm in diameter and up to 5 cm long), that are many times larger than the plant body itself, at least with plants on their own roots. Stigmas pale yellow.
Blossoming time: Spring to summer. 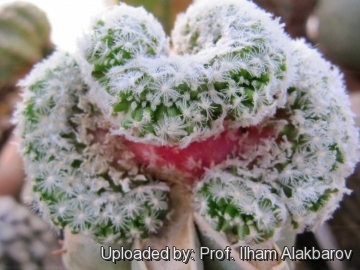 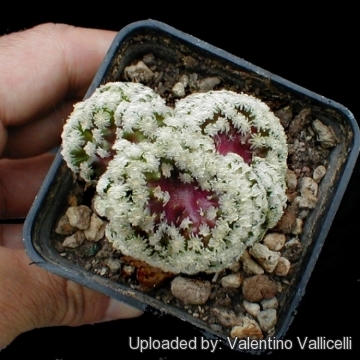 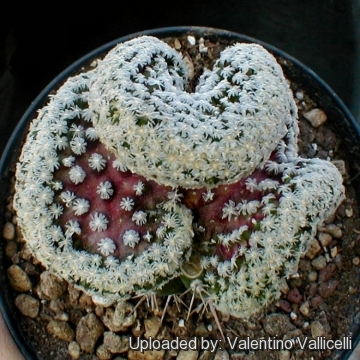