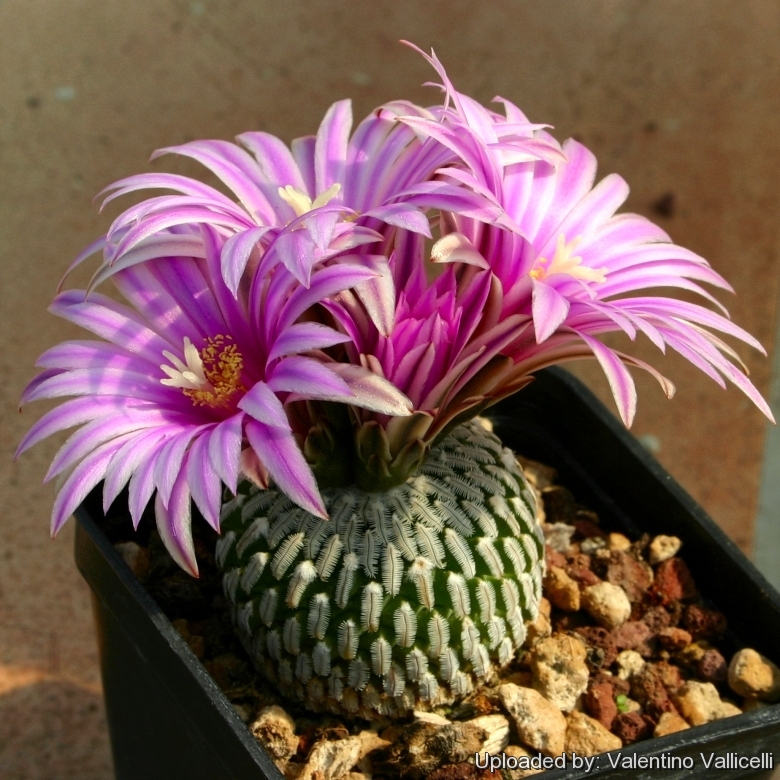 Origin and Habitat: Mexico in the states of Coahuila, Nuevo León, San Luis Potosí, and Tamaulipas (extent of occurrence is 30 km²)
Habitat: It grows at a higher altitude than true Chihuahuan Desert in grasslands with virtually no woody vegetation and in pinyon-juniper woodlands. All the sites have gravelly calcareous soils. It also occurs in montane matorral.
This species occurs at about ten locations and is not severely fragmented. Illegal collecting is the main threat however the rate of illegal collection is likely to be lower than the natural recruitment rate.

Description: Turbinicarpus pseudopectinatus is (usually) a solitary small geophytic cactus with many small spirally-arranged tubercles tipped with numerous tiny white spines in a comb like formation. The whitish colouring of the the pant is due to spines rather than wool.
Stem: Globular dull green, 3 cm tall, 4 cm in diameter, barely showing above the ground; apex with short white hair; spirally-arranged tubercles.
Spines: Numerous white in a comb like formation (pectinated), 1.2 mm long.
Root: Tuberose and usually bigger than the stem itself.
Flowers: One to 5 pinkish white to bright pink with darker magenta or reddish-brown mid-veins.
Blooming season: Blossoms are expected early in spring. Flowers can be expected on T. pseudopectinatus seedlings after perhaps two or three years if they are grown well in plant that are only 1.5 cm in diameter, while the flower is 4cm long.
Fruit: Small tannish-green.

Subspecies, varieties, forms and cultivars of plants belonging to the Turbinicarpus pseudopectinatus group

Notes: Over the years, T. pseudopectinatus has been placed in six different genera, a process that will probably continue in the future. 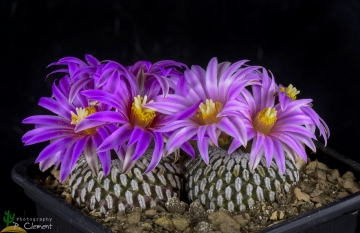 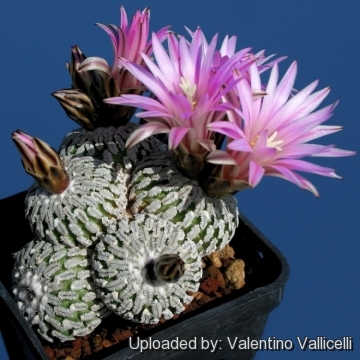 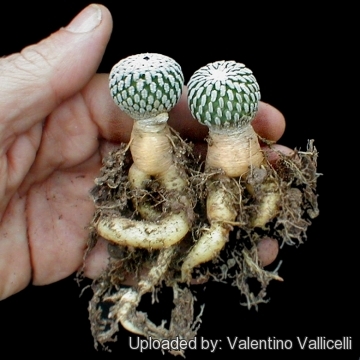 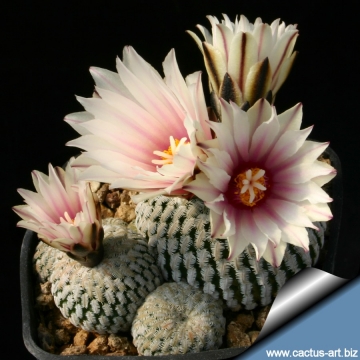 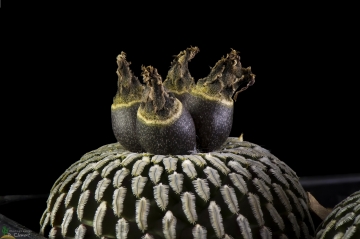 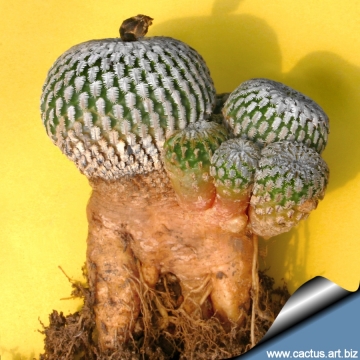 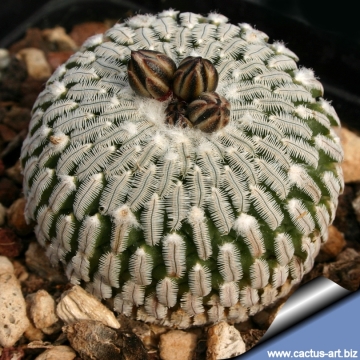 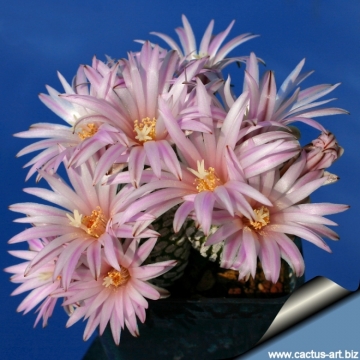 Cultivation and Propagation: It’s a fairly easy species to cultivate, but very slow growing. It needs a very well-drained soil, and requires strong sun to part sun where it obtains a flat natural look. Waterings should be rather infrequent to keep the plant compact, and avoid its becoming excessively elongated and unnatural in appearance. Furthermore it has a tap root, and watering it properly is often difficult, because it tends to crack open or rot if over-watered. Keep dry in winter, or when night temperatures remain below 10° C. It is hardy to -4°C for a short period. Assure a good ventilation.
Reproduction: From seed, since the plant rarely produces plantlets, or grafted.