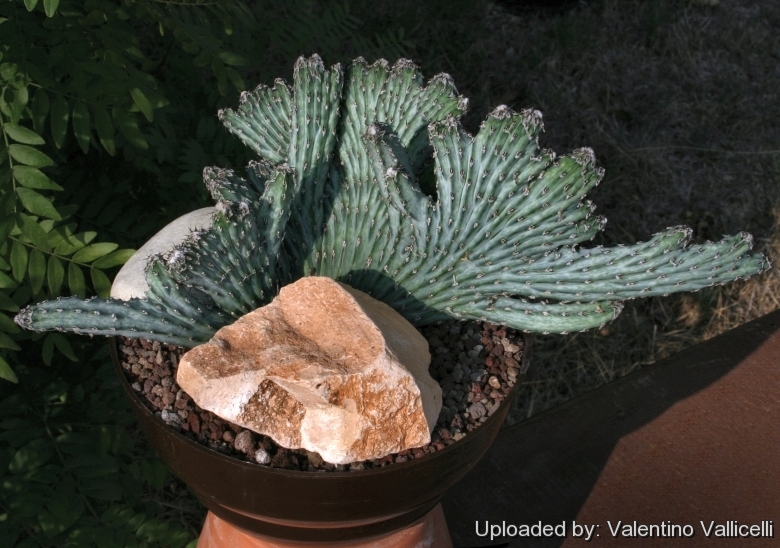 Cereus spegazzinii f. cristatus Photo by: Valentino Vallicelli
This easy to grow plant is very attractive because of its spectacular blue-green marbled stems with pronounced sculpture effects. There is also a similar crested monstrous form with white purplish mottled stems.

Description: The typical Monvillea spegazzinii is a fast-growing slender shrubby cactus that has bluish stems that creep along the ground to form a shrub. There are two similar but slightly different crested forms that are now widely cultivated for their beautiful stem with pronounced sculpture effects.
Stems: Bluish-green up to 25 cm tall and wide.
Roots: Tuberose and succulent, Even adventitious roots of Monvillea spegazzinii become succulent.
Flowers: 10 to 13 cm in length with a slender tube, reddish outer perianth segments and white inner ones. They arise from near the top on the sides of the stems; buds point upward but curve suddenly downward when the flowers open. They bloom at night.
Remarks: These plants produce monstrous crests, and crests occasionally produce normal shoots. 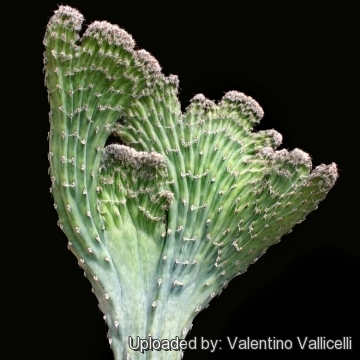 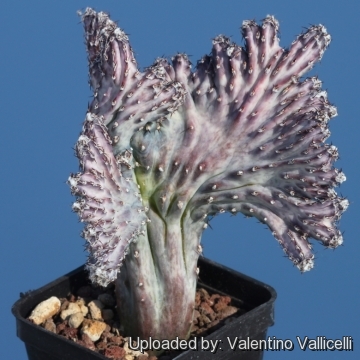 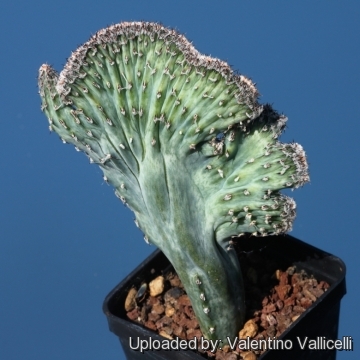 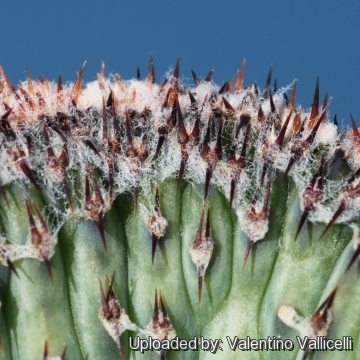 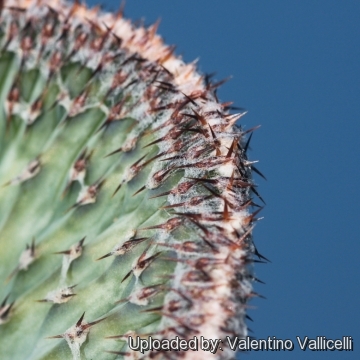 Cultivation and Propagation: This plant produces best results in loose and very drained soil, rich in leafmold, and if sufficient water is supplied in warm weather a rather considerable growth can be made. It needs semi-shade. The plants will stand but little cold and require a minimum winter temperature of about 10° C. (but can resist for short period to 0° C). Growth is rapid, and supports are needed for the stems. The half‑erect habit of the moderately tall plants makes them desirable for middle foreground position in landscap­ing, while the comparatively small room needed for potted plants makes it an acceptable group for greenhouse culture.
Crested growth: Unlike 'monstrose' varieties of plants, where the variation from normal growth is due to genetic mutation, crested growth can occur on normal plants. Sometimes it's due to variances in light intensity, or damage, but generally the causes are unknown. A crested plant may have some areas growing normally, and a cresting plant that looks like a brain, may revert to normal growth for no apparent reason. If you have any of the crested part left you need to remove the normal growth and leave the crested part behind this will need to be done regularly.
Propagation: By cuttings.