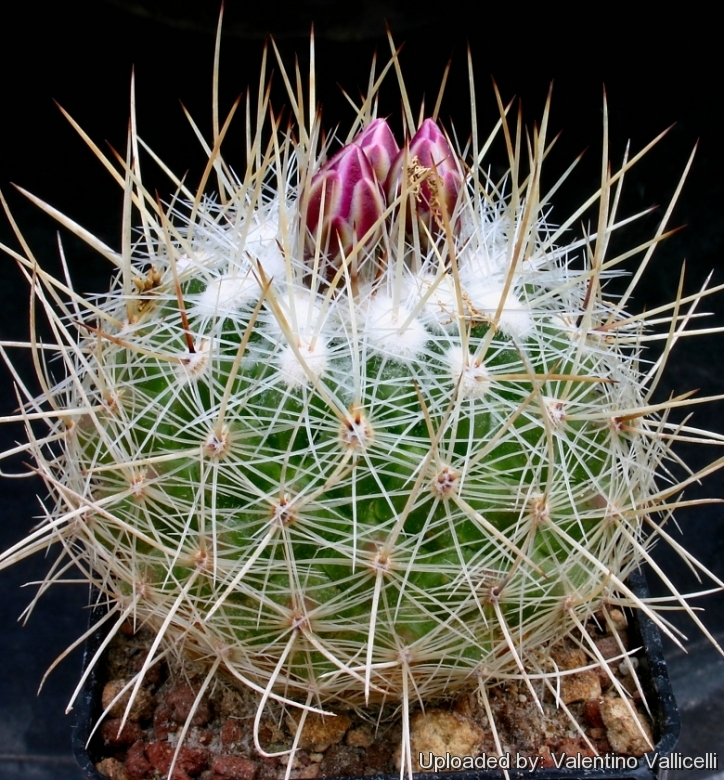 Description: Usually solitary or slowly branching from the base whit globose or cylindrical stem with the tubercles mostly obscured by spines.
Spines: The central spines are creamy-white and shredding with age. It has ± 20 glassy-silvery-greyish-white radial spines.
Flowers: Deep pinkish and/or pink-purple. 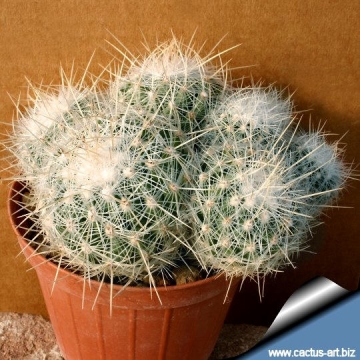 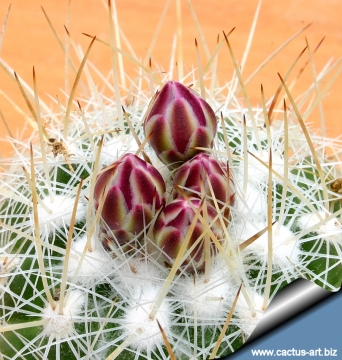 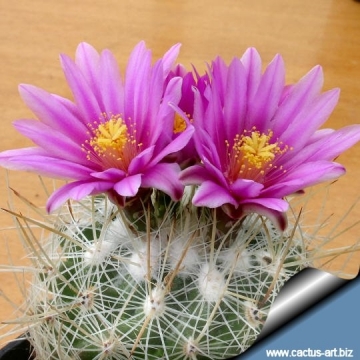 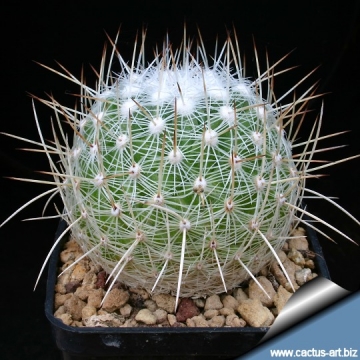 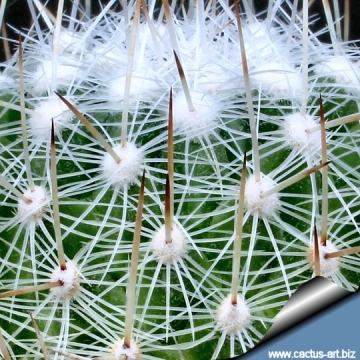 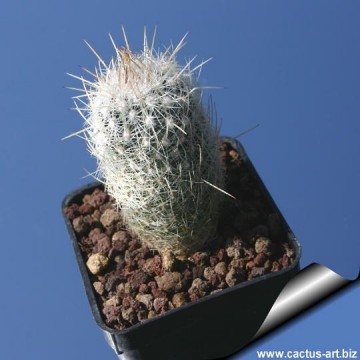