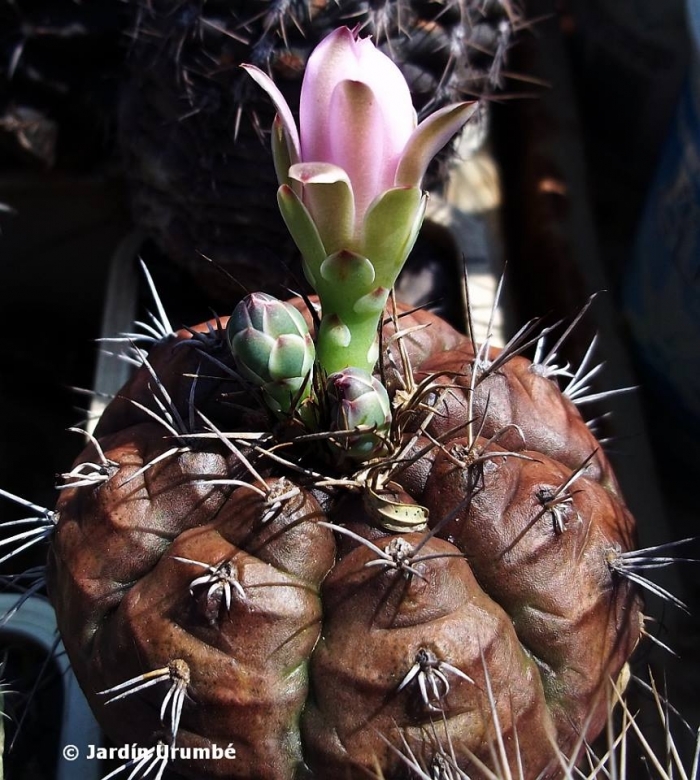 Gymnocalycium damsii var. rotundulum Photo by: Alexander Arzberger
In full sun the plant take a tan-red colouring. It flowers from spring to fall, and handle full sun to full shade, also the spines are nearly useless in terms of defense so a pretty 'user-friendly' plant.

Description: Gymnocalycium damsii var. rotundulum (Gymnocalycium anisitsii) is a usually solitary colourful cactus common in cultivation, characterized by rounder and scarcely raised tubercles. However it is very similar (if not identical) to the standard G. damsii (G. anisistsii) and it is probably the exact same plant.
Stem: Up to 10 cm tall, 8-10 cm in diameter colourful and highly decorative, with characteristic horizontal clear and dark strips. The clear areas (above the areoles) are pastel-grey-pink while the dark zone (below the areoles) are deep olive-green to brown-purple.
Spines: Nearly useless in terms of defence.
Remarks: Seems to be a pretty variable plant you might get some other names which are effectively the same plant.... and also not sure all plants identified as this are really this. 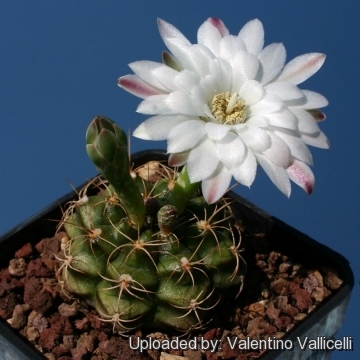 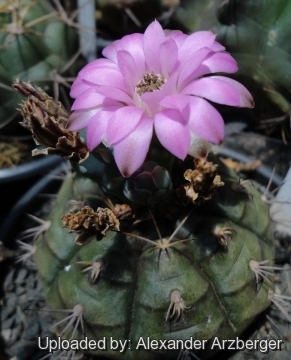 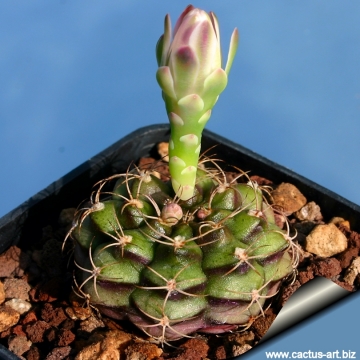 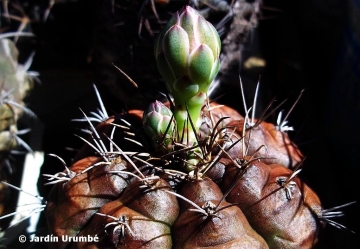 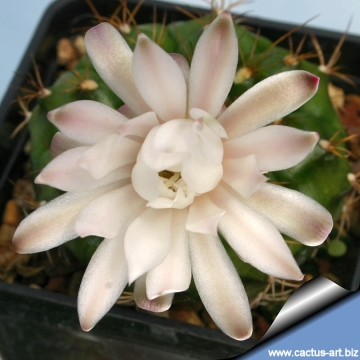 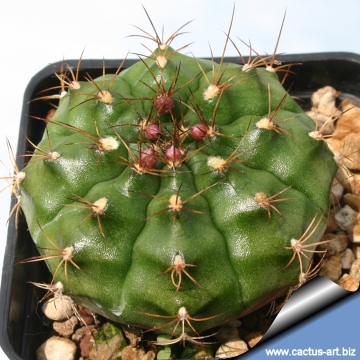 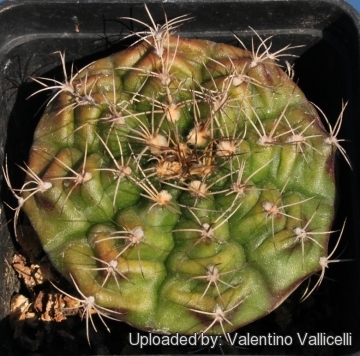 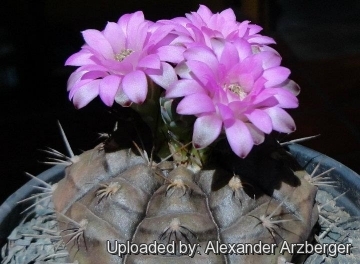 Cultivation and Propagation: It is a summer grower species that offers no cultivation difficulties. Water regularly in summer (but do not overwater ) Keep this plant almost dry in winter at a minimum temperature of 0°C, prefer relatively rich substrate and low pH compost (if possible not limestone) otherwise growth will stop altogether. Feed with a high potassium fertilizer in summer. It is quite frost resistant if kept dry (hardy to -5° C)
Sun Exposure: Light shade. It may tolerate bright situations but is likely to suffer from sun scorch or stunted growth if over exposed to direct sunlight during the hottest part of the day in summer. This plant needs plenty of space for its roots, repotting should be done every other year or when the it has outgrown its pot. This species is particularly easy and accommodating, seldom suffer of cryptogamic diseases.
Propagation: Direct sow after last frost. (seldom produces offsets)