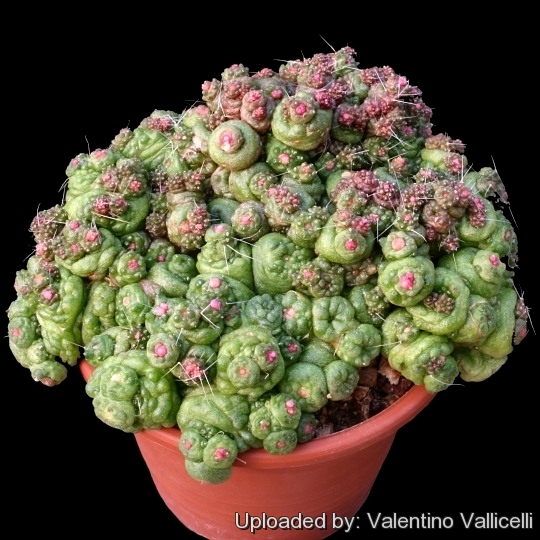 Mammillaria bocasana cv. Fred Standard Form Photo by: Valentino Vallicelli
This is the original clone, the true FRED that occasionally shows a reversion to the normal form of Mammillaria bocasana. But nowadays a numbers of different monstrous mammillarias has been named FRED, clearly they are not the true self, in fact time by time they produce clusters of strong spines which are not at all similar to those of a Mammillaria bocasana.