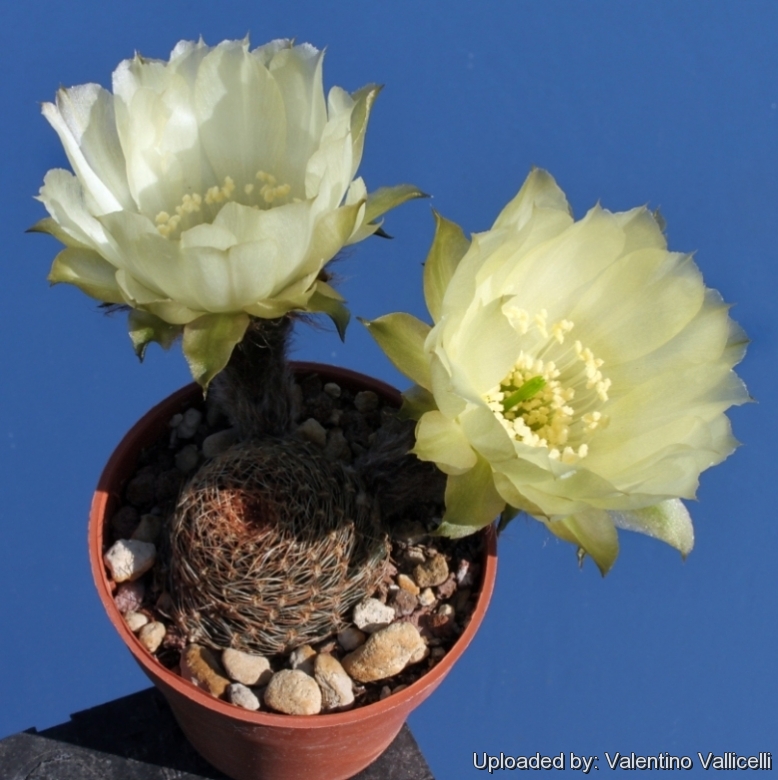 Description: Echinopsis densispina f. aurantiaca (a.k.a. Lobivia pectinifera var. aurantiaca) is one of the innumerable local form of the very variable Lobivia pectinifera. It distinguishes for the flowers occurring in various shades of yellow and for the tight slightly pectineted spines. It flowers quite readily making this species a beautiful one at flowering time, which is usually May to June.
Habit: It is a low growing cactus species solitary or forming clusters or cushions from a large tap root.
Stem: Ovoid, greyish-green, dull green or brown-purplish-green, up to 8 cm tall and 5 cm in diameter.
Ribs: Approximately 17, more or less notched, forming tubercles.
Areoles: Yellowish-white, somewhat sunken, about 5 mm apart.
Spines: Forming a close network that shades the body.
Central spines: Often wanting.
Radial spines: 16-22, brownish, spreading to somewhat pectinated appressed against the stem, bristle-like, flexible, whitish, 4 mm long.
Flowers: The flowers occur in several shades of yellow, varying from pale yellow to orangish-yellow, up to 8,5 cm long. 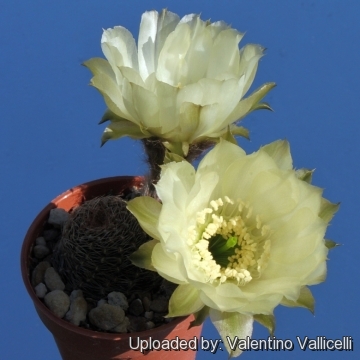 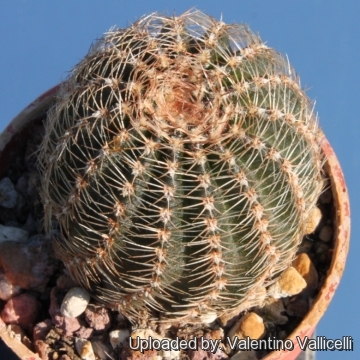 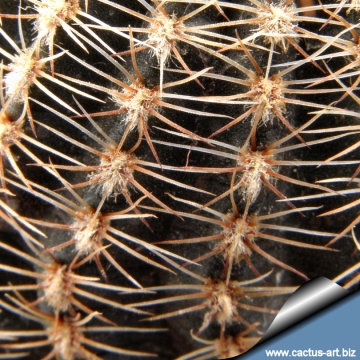 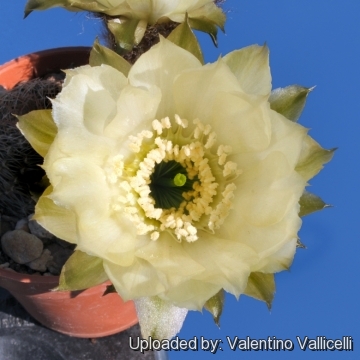 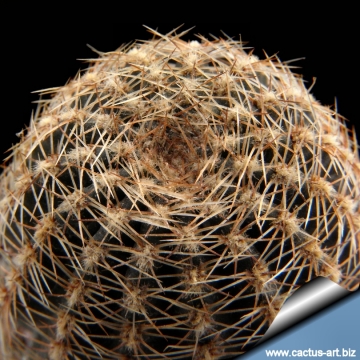 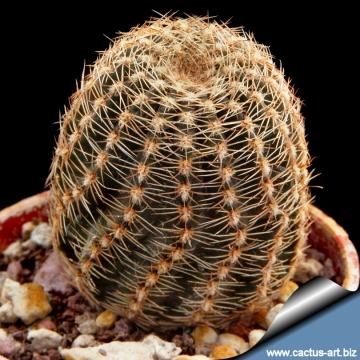 Cultivation and Propagation: Echinopsis densispina f. aurantiaca is a summer-growing species that offers no cultivation difficulty, not as badly affected by moisture as other cactus species. It makes great potted specimens.
Soil: Use a mineral well permeable soil with little organic matter (peat, humus). It grows in limestone areas of Texas (Big Bend area) and adjacent areas of Mexico, so will probably benefit from extra calcium in its soil.
Growth rate: It grows well, though slowly, but it possible to increase the speed of growth to some extent by providing adequate amount of water, warmth, and a liquid fertilizer diluted half strength during the active growing season, but it’s susceptible to rotting if too wet. Most plants will offset readily, and clumps can be produced in a few years.
Soil: It needs a very porous, slightly acidic potting medium (add pumice, vulcanite, and perlite). Outdoors it does well on poor, rocky soils.
Fertilization: Feed with a high potassium fertilizer in summer.
Exposure: It likes a sunny position also blasting sun in summer. If grown indoor provide 4 to 6 hours, or more, direct morning or afternoon sun.
Watering: It should be watered regularly in Summer allowing to dry before watering again and kept drier in Winter. It is very drought-tolerant.
Hardiness: It can be grown outdoors in frost-free climates, needs anyway to kept above 5 °C and dry in winter. But it can tolerate temperatures down to -5° C (or even less) for very short periods if very dry and ventilated. During winter month, put them in a cool luminous place and encourage them to enter winter dormancy by withholding water and fertiliser over the winter as they will etiolate, or become thin, due to lower levels of light.
Maintenance: Repot every two years. Needs lots and lots of space to grow, use large shallow container or bowl filled with very porous compost. It like pots with generous drain holes.
Pest & diseases: They are susceptible to fungal diseases if overwatered, but are not nearly as sensitive as many other cacti, especially in warm weather. If kept damp through cold periods, they will invariably suffer.
Propagation: Seeds or cuttings. The seeds may be germinated and grown in containers. Their main requirements consist of high humidity levels, free-draining soil mix, and enough water, light, and nutrition.