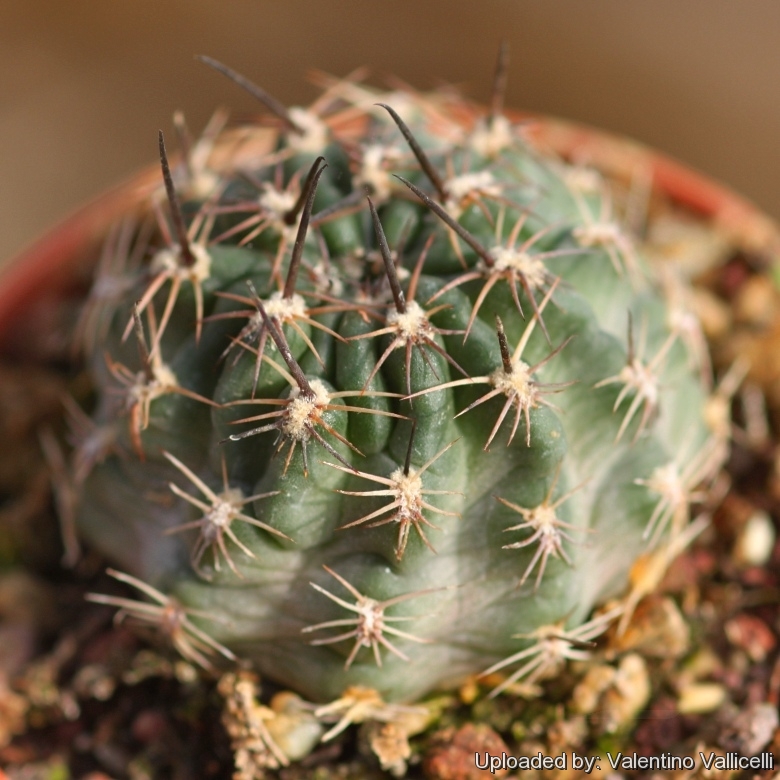 Cultivation and Propagation: Lobivia drijveriana is a summer grower species that offers no cultivation difficulties.
Soil: Needs a large pot to accommodate a large root system. Use a very draining and porous substrate that allows therefore roots to breath, since it's natural habitat is in volcanic soil, it has adapted to more acidic conditions.
Water: They like only a short winter's rest and should be kept almost completely dry during the winter months, If the soil is allowed to be dry for too long root loss could follow but equally the same result would occur if the plants are both wet and cold. From March onwards the plant will begin to grow and watering should be increased gradually until late May when the plant should be in full growth. Water regularly during the summer so long as the plant pot is allowed to drain and not sit in a tray of water. During hot weather you may need to water the plants more frequently so long as the plant is actively growing. From late September watering should be reduced to force the plant to go in to a state of semi dormancy, by October you should be back in to the winter watering regime.
Exposure: It needs full sun avoiding only the harshest summer sun, if kept too dark it may become overly lush and greener and could be prone to rotting due to over watering.
Fertilization:Feeding may not be necessary at all if the compost is fresh then, feed in summer only if the plant hasn't been repotted recently. Do not feed the plants from September onwards as this can cause lush growth which can be fatal during the darker cold months.
Hardiness: It is quite frost resistant if kept dry (hardy to -5° C)
Maintenance: They should be re-potted frequently until they attain their desired size.
Pests & diseases: It is especially susceptible to spider mite mealybugs and scales infestation.
Propagation: Direct sow after last frost (it seldom produces offsets)