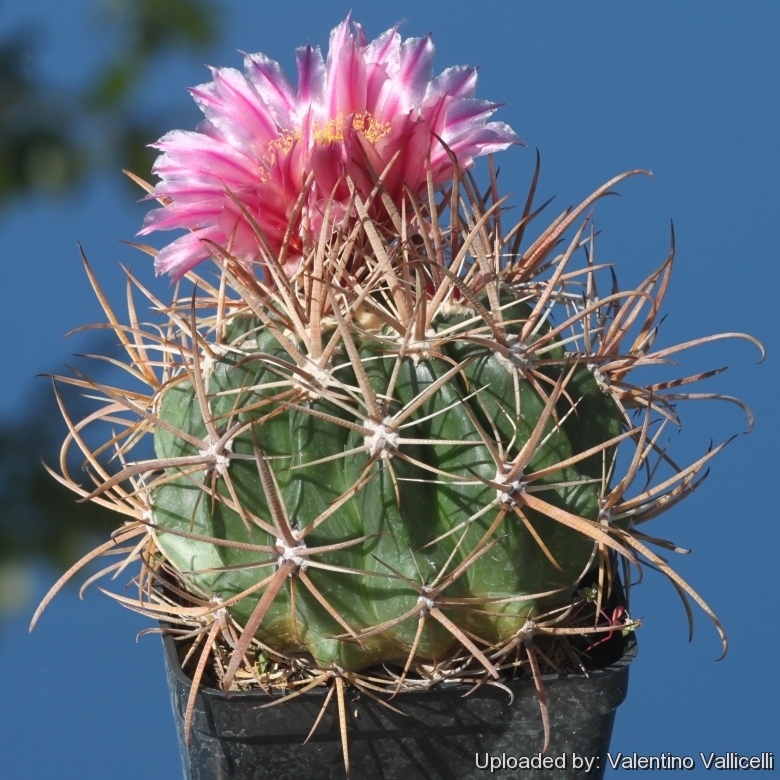 Ferocactus fordii Photo by: Valentino Vallicelli
It is a miniature "Barrel Cactus" that flowers at a smaller size than most Ferocacti. The plant in the photo above is only 7 cm in diameter but is just forming the first flowers buds.

Origin and Habitat: Ferocactus fordii has a relatively restricted range in the Pacific coast of Baja California and Baja California Sur, Mexico, Northern America. (extent of occurrence of approximately 10,000 km2) There are only two known disjunct subpopulations.
Altitude range: It occurs at elevations from 0 to 1,200 metres above sea level.
Habitat and Ecology: The species occurs in the Sonoran desert scrubin flat sandy areas, and in coastal sand dunes and flat grassy areas. It is heavily collected illegally and is affected by several threats, such as urban development, industrial activities, and fish camps which cause a continuing decline in habitat quality and the extent of the species range.

Subspecies, varieties, forms and cultivars of plants belonging to the Ferocactus fordii group

Some beautiful hybrids have been created between the monotypic genus Leuchtenbergia and some member of the Ferocactus genus. This hybrid are known with the name Ferobergia. One the best and free flowering Ferobergia is the one involving as mother plant Ferocactus fordii 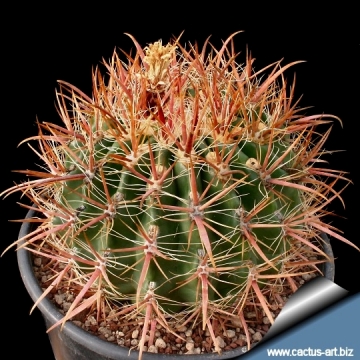 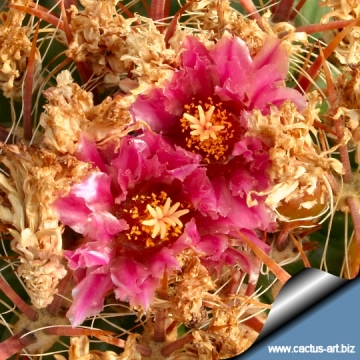 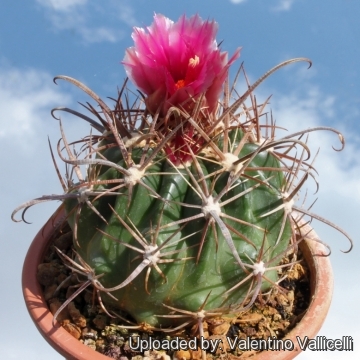 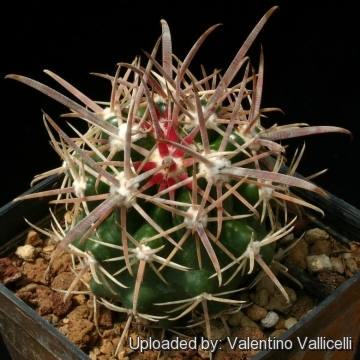 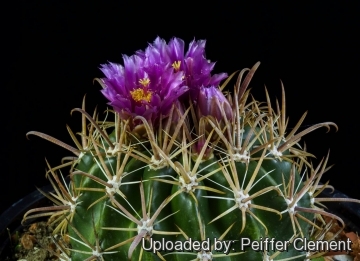 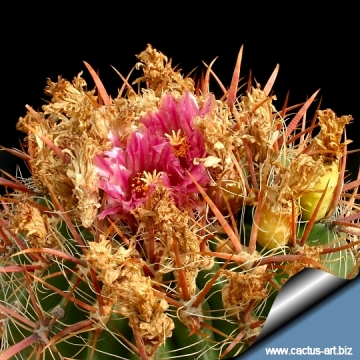 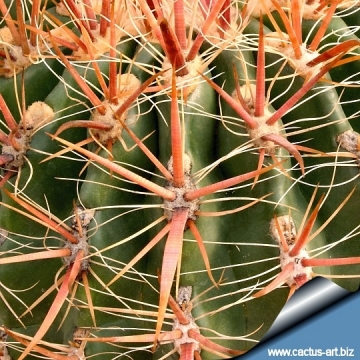 Heavy grey-red spines with four centrals (of which one hooked) and several spreading radials. Photo by: Cactus Art 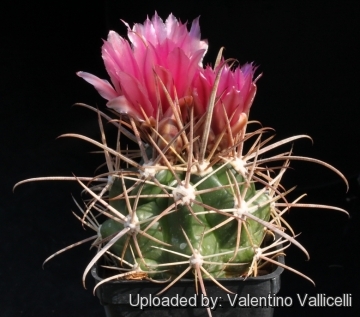 Cultivation and Propagation: Slow growing to start but does well under cultivation. Suited for any rich, well drained soil in full sun throughout the year. Water during the aestival growth cycle (this plant need plenty of water) But needs to be avoided wetting the bodies of these plants while they are in sunlight. A wet cactus in the sun light can cause sun burning which can lead to scars or even fungal infections and death. In winter keep completely dry at 10°C, but can tolerate sporadic light frost. Plant in good conditions will start to bloom when reach the diameter of only 7-8 cm.
Propagation: Seeds are the only way of reproducing.