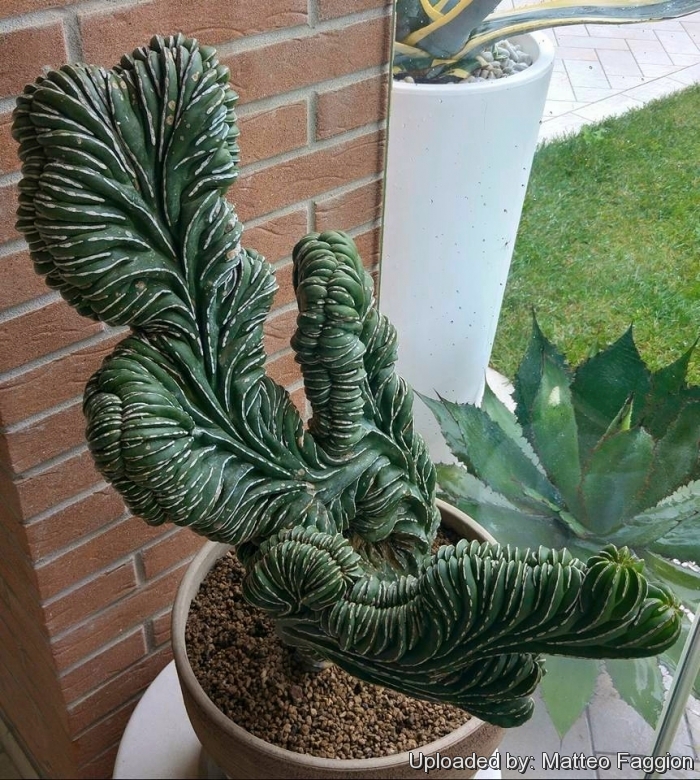 Description: The rare fasciated form here described is considered by many one of the finest cactus crest that form beautiful sculptured stems. It is sought after and very priced by cactus impassioned. It is slow growing but can also get quite big with time making a spectacular specimen.
The typical Stenocereus marginatus (= Pachycereus marginatus) is a basally branching, stiff and imposing, columnar cactus with unbranched stems. In the wild up to 15 tall, cultivated, they are columnar, up to 4 m tall or more.
Stems: Dark green. The epidermis surface is slightly rough to the feel, like sandpaper.
Areoles: White, glandular, mostly about 1 cm apart, confluent forming an uninterrupted longitudinal line.
Spines: Very short in the mature branches. 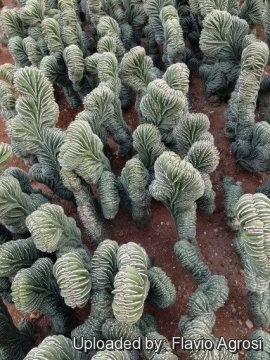 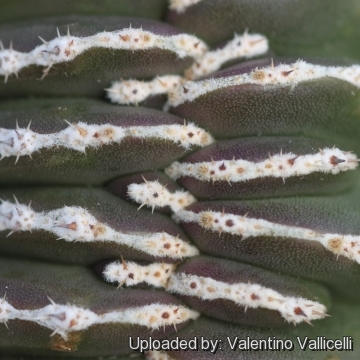 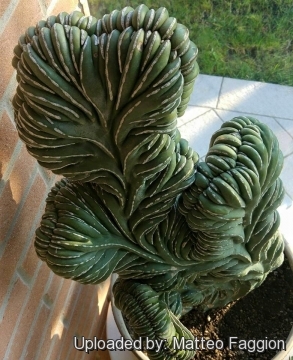 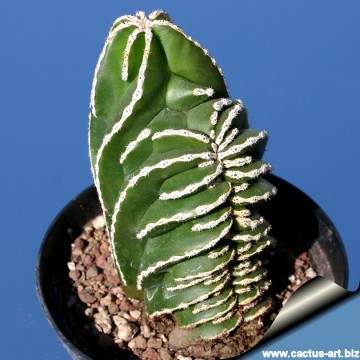 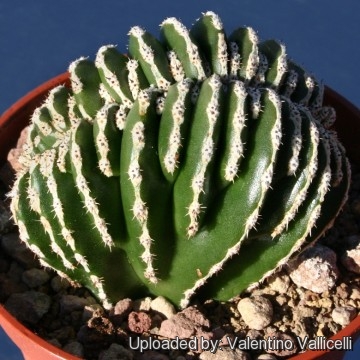 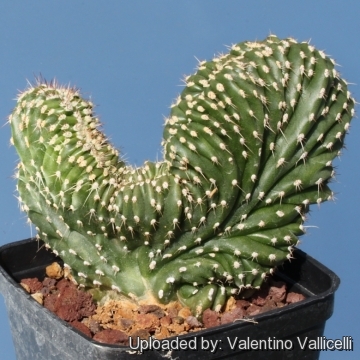 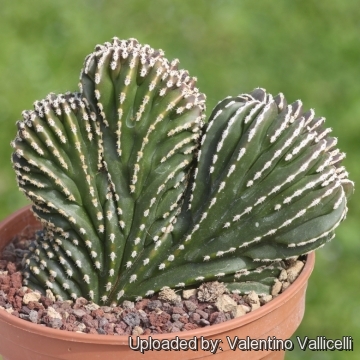 Cultivation and Propagation: It is easy to grow but not very cold hardy (Resistant as low as -4°C for a short time). The crests are sometime grafted onto a Myrtillocactus trunk but are easily grown on their own roots. Any normal shoots should be removed to promote the growth of the crest
This cactus tolerates exposure to full sun and generally welcomes moderate watering. They are semi hardy, make sure that your Stenocereus are not exposed to temperatures below -4°C or they may die, nevertheless it is a good advice never let the nighttimes temperatures fall below 10°C. Water regularly in summer but allow to dry fully before watering again. Need a well-drained soil mix with small gravel added to ensure drainage. During the winter months they should be rather kept dry and water is restricted to only enough to keep the stems and branches from shrivelling. Since they are big sized plants need plenty of space for their roots, repotting should be done every other year or when the plant has outgrown its pot. Exposure: Light shade when young, full sun later.
Propagation: Cuttings in summer (Cuttings will root better in hot weather. Cuttings must be kept very dry to root).